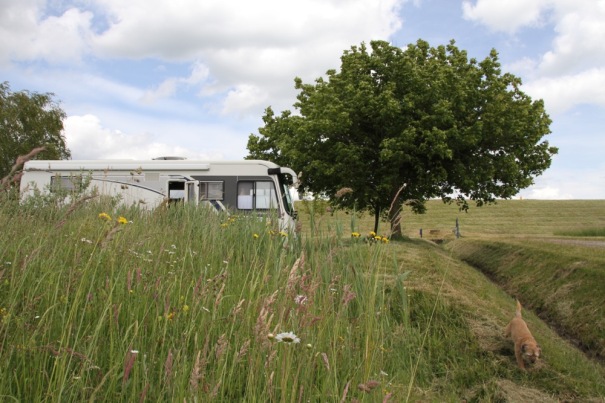 After Pont du Mousson we headed west and parked in an aire at Port Chantecoq, next to a wild flower meadow. Over the dam in the background is the huge man-made Lake called Lac du Der. The lake is in the Champagne region, close to St Dizier. We are driving across northern France en route to Calais.

Looking out over the Lake

Penny and Colin guarding one of the Pontoons..

There is much wildlife here. The lake is famous for the cranes which stop-over here during their migrations. 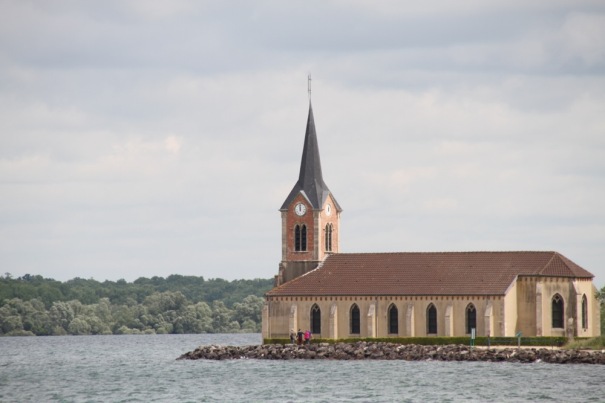 This old church looks out over the lake 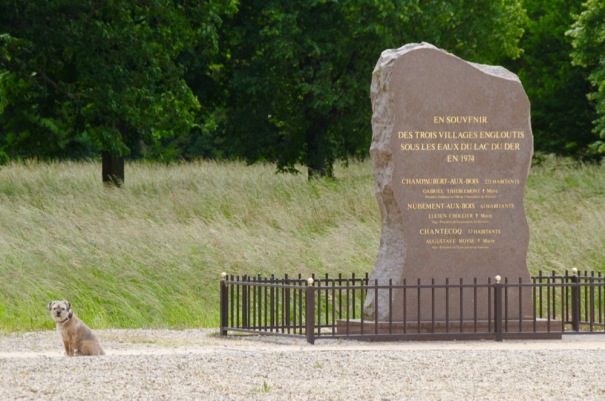 Three villages were submerged when the lake was created in 1974.

The valley was flooded in order to control the level of water in the Marne, and protect Paris from flooding. The aire sits just next to the dam that was created to flood the valley…hopefully it was well built. 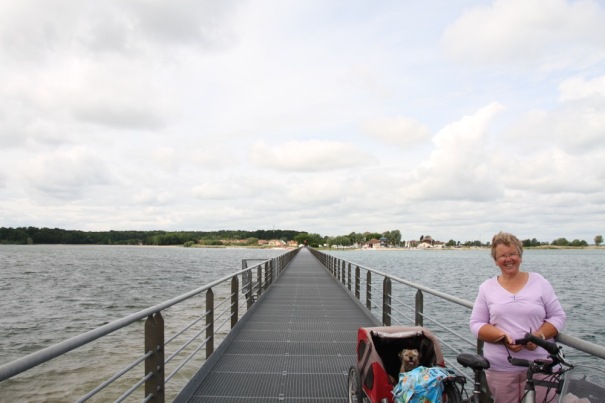 This is one of the bridges on the 24 mile cycle round the lac.

On the first day we cycled round the lake. It is a good ride, mainly level and with a mixture of lakeside and forest stretches. 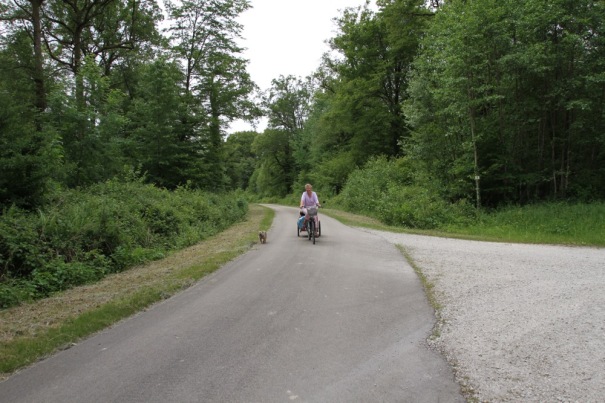 Round the Lake Bike Ride.

There are plenty of refuelling points. We stopped here for a bit to eat. Nia had a Goat’s cheese and bacon galette, I had smoked salmon and cream cheese in mine. Yummy. 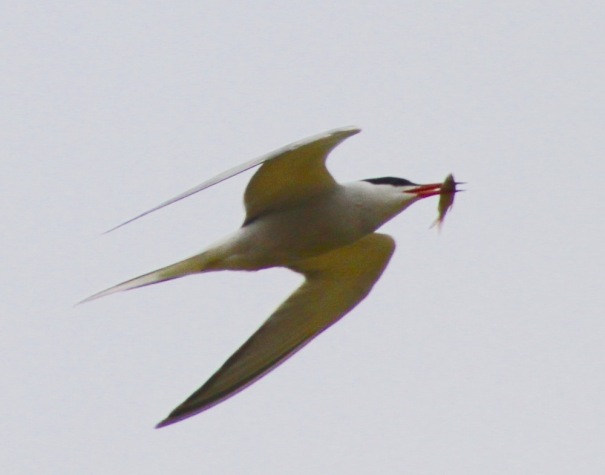 One Good Tern…..Fish for Breakfast for the kids.

There is much to see on the way round the lake.

We met up with Joy and Alan, a couple we had met earlier on the trip in Germany, at Port Chantecoq. Alan is a master chef….here he is cooking up a pork casserole on the barbecue.

We took the canoes out on the lake.

Canoeing on the Lake with Alan. 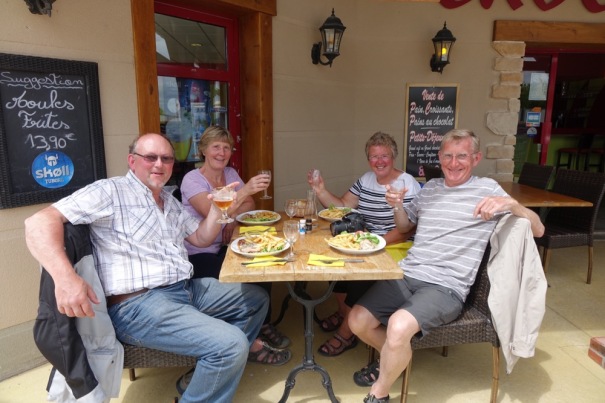 Plat du jour with Alan and Joy, at Port Nautique.

The next day we took it a bit easier and cycled the 4 miles or so round the lake to Port Nautique, a water sports centre with a few cafes and restaurants dotted about, and a helpful Office de Tourisme with free wifi. 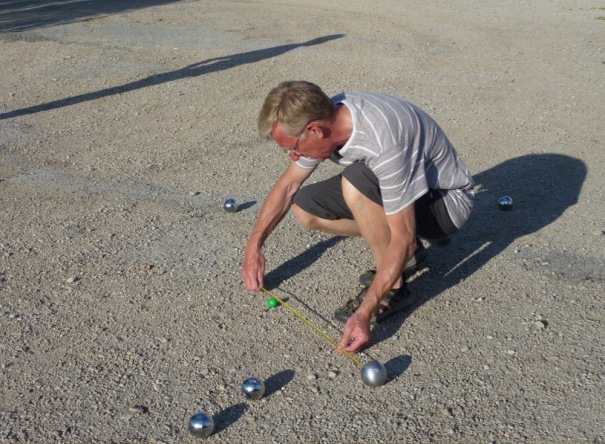 We played Petanque…boules….girls against boys.

We played boules on the aire that evening. The girls won both matches…not sure why..they must have been cheating somehow.
Here’s me double checking a dubious decision in their favour.

The master at work, bouleing.

Joy and Alan entertained us after the Petanque.

Sunrise over the lake.

After a relaxing few days on the lakeside we are moving on now, heading west to our appointment with eurotunnel on Sunday.