We crossed Northern France in a series of short hops, together with Joy and Alan who by good luck happened to be crossing the channel the same day as us. 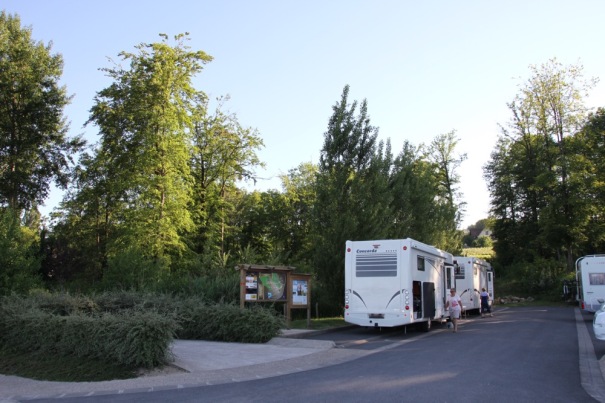 First stop was a small aire in the hilltop wine village of Mutigny in the heart of the Champagne region of France.

The village is surrounded by rolling fields covered in vines. Each vine apparently will provide enough grapes for one bottle of bubbly. 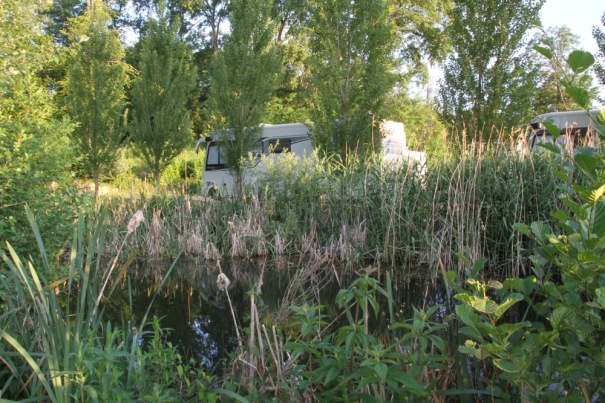 The aire is just next to a pretty chain of wildlife ponds.

Along with a good supply of spare parts for his motorhome, Alan had cunningly bought some seaweed along on tour and knocked up this luscious plate of sushi for supper.

Next stop was Le Cateau Cambresis, a small town to the East of Cambrai. 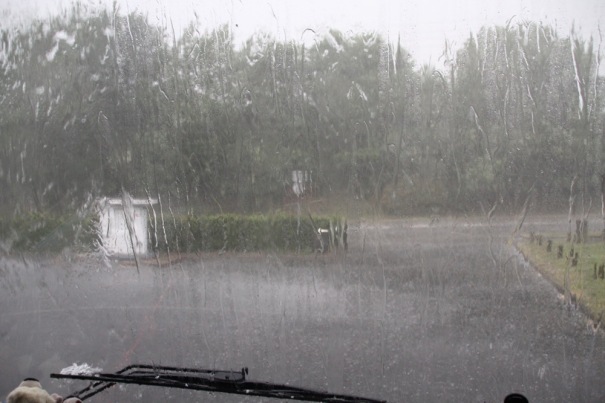 It was a scorching hot day to begin with then after we arrived, luckily just after we had re-provisioned at the Lidl up the road, the skies opened.

For the final day we stopped at this aire tucked away in a park at the back of Arques, a town next to Saint Omer, about 40 miles from the Channel Tunnel.

One of the lakes at the Aire.

After a visit to the Auchan in Arques we had a seafood feast…the last supper.

We were up at 6 the next morning to catch the 9.20 train. It was a good drive up the motorway back home, enlivened by listening to the Bill Bryson autobiography on audiobook.

Time to cut the grass……