The Rain in Spain

Sunday was a bit wet and we cycled in to L’Estartit with Rosie and Tony, through the floods.

A lagoon had appeared , engulfing the cycle path, where a stream which normally crossed under the cycle way had become blocked by a shallow sandbank.

Tony and I had to stop and watch this digger carve out a channel in the sand to let the water out. There was an impressive cataract when the final bucket load of sand was removed. 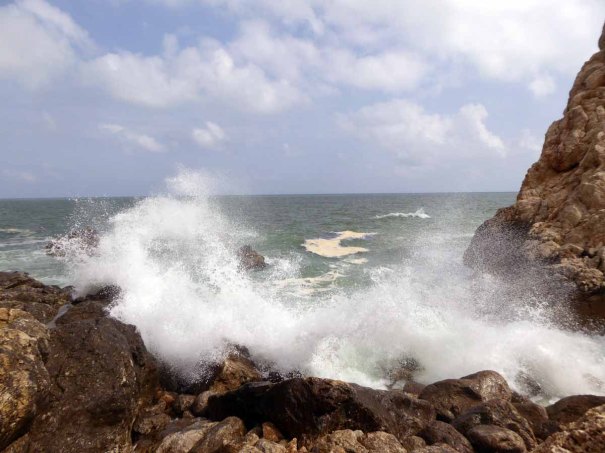 We chained the bikes up at the tourist office and walked along to the small cove at the east end of L’Estartit to watch the waves and give Colin, Penny and Nia a run. 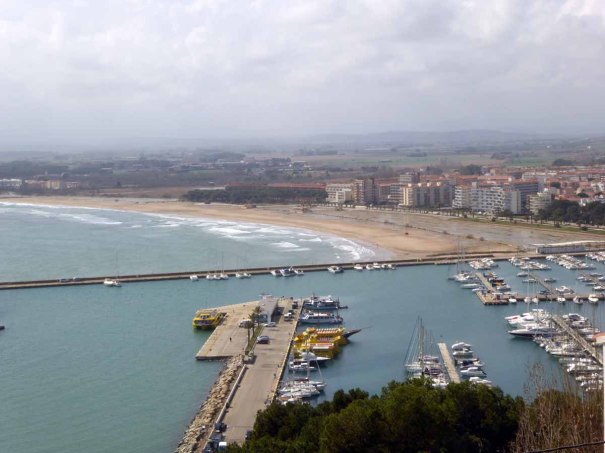 L’Estartit from the Cliffs

There is a bracing walk up the cliffs above this cove where you can get a good view out to sea over Les Iles Medes, and back inland over the town.

We walked along the clifftop for a while then retraced our steps to L’Estartit and stopped in at Kim’s Bar for a morning coffee. 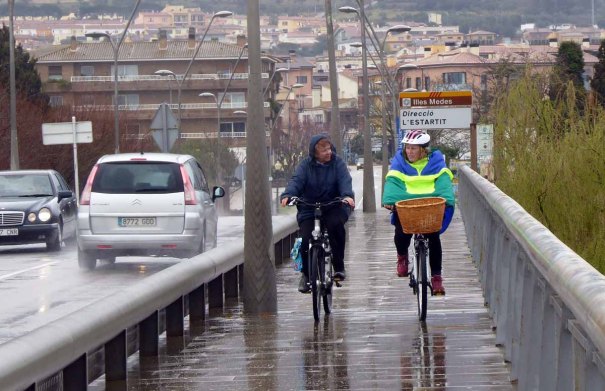 Cycling to Gualta. Nia and Penny

The rain was well set in by Tuesday and we cycled inland to ‘L’Horta de Can Patxei’, one of our favourite restaurants here, set in an apple orchard by the little village of Gualta. Mark and Penny, two friends we have met here at Camping Les Medes, and Rosie and Tony came with us. Penny and Mark are from Somerset, and so are used to floods. Penny has written freelance articles for MMM (for non motor-homers, this is the best motor-homing magazine available in the UK).

We had a great lunch. I had bacalla- cod in a tasty vegetable sauce-absolutely delicious. The staff at the restaurant are delightful and were amazed that we had cycled 5 miles through the rain to visit them. In fact they came out in the rain to see us off (perhaps they just wanted to make sure we left the premises). We are returning on Saturday just to let them know we got back safely.

2 comments on “The Rain in Spain”