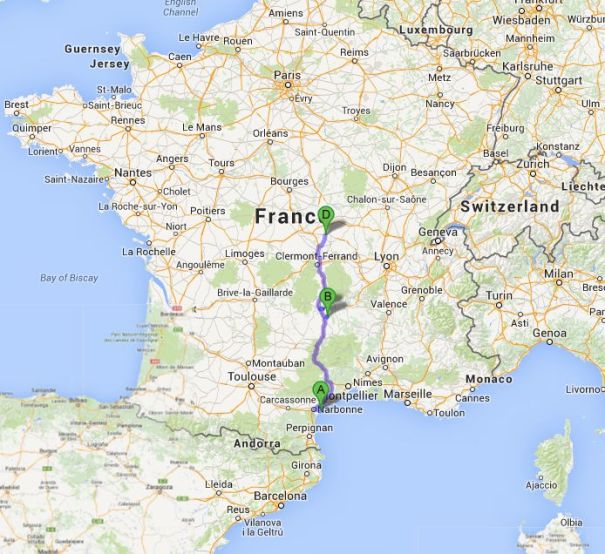 We left Narbonne Plage aiming for La Couvertoirade, a fortified town in the Midi-Pyrenees, 70 miles to the north. However it is high in the mountains and the weather here was dire….low cloud, poor visibility and rain so we moved on to the next planned stop…La Malzieu Ville..a lovely historic town another 90 miles to the north.

Autumn colours . We are driving north on the A75 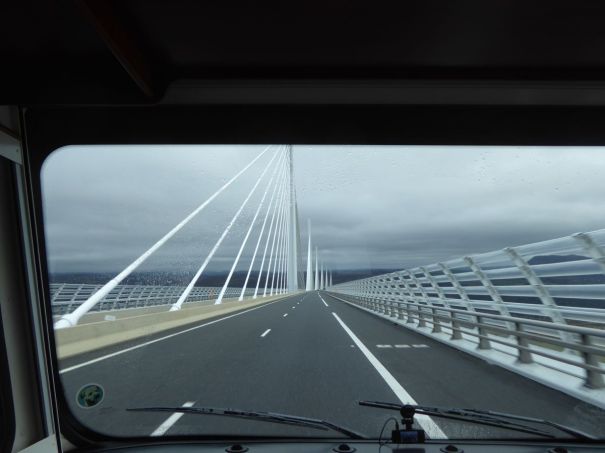 Crossing the Impressive Millau Viaduct…this is the only bit of toll road on this leg.

The French Air Force sent up one of their planes to give us a flypast. 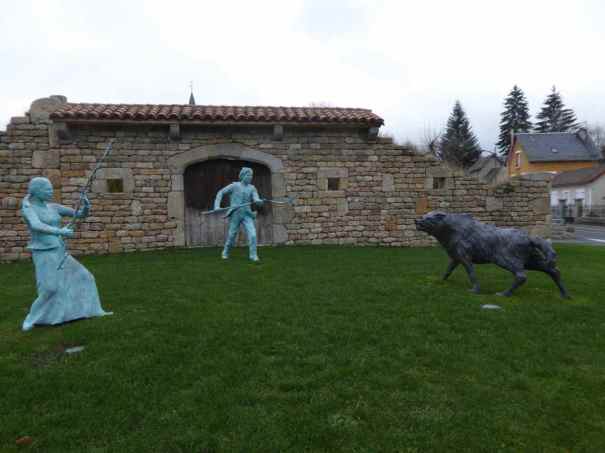 This tableau at the entrance to Le Malzieu Ville commemorates the Gevaudan monster, a large wolf which marauded hereabouts in the 1600’s and was said to have eaten over 100 villagers.

This is the aire; parking by the riverfront and a stones throw from the local shops. It is also close (too close, we subsequently discovered) to the village hall.
After a walk around the village, Colin looking out carefully for descendants of the Gevaudan wolf, we returned for grub, having entirely missed the posters advertising a disco in the village hall that night. It seems that discos here don’t start until about midnight and we were woken about 1 am by music from the village hall and found dozens of cars parked around us.

It was difficult to sleep and having considered the obvious option of just going to the disco and twisting the night away, we chickened out and moved on instead to the aire at Ruynes en Margeride.

After buying the obligatory baguette and coffee in the village centre, we moved on to St Pourcain sur Sioule.

Our French is coming on in leaps and bounds. This sign says: ‘You cannot park your Porsche here’ (With thanks to Nia for this inspired translation). 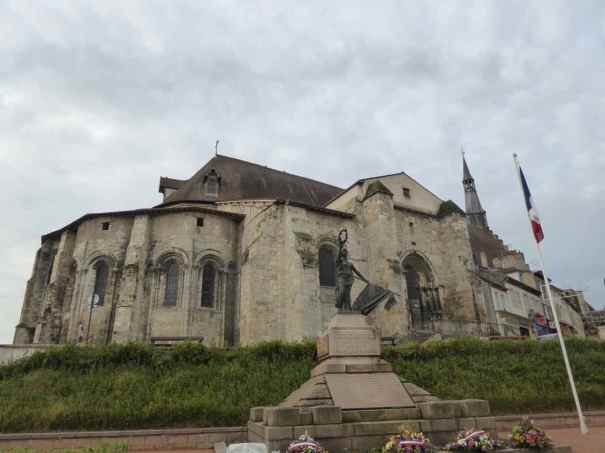 This is a pretty old town…the church dates back to the 11th century. 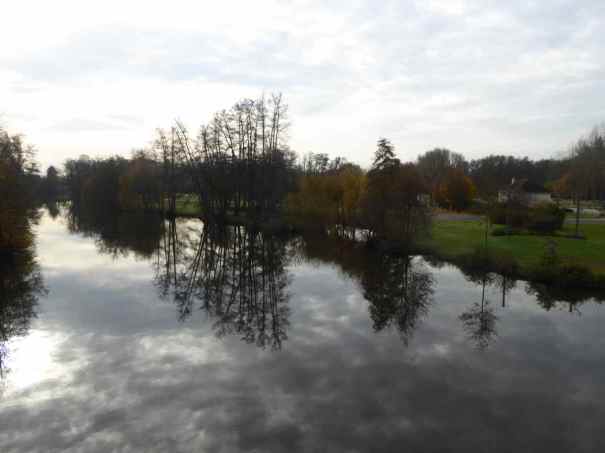 Today Monday we walked over the Sioule hunting for the local vet…Colin and Penny need a certificate for their impending ferry crossing of the channel. We got hopelessly lost but a very nice French lady, on being asked directions, said it was a long walk….. ‘un grande promenade’ and clearly worried that we would never make it bundled us all in to her car and drove us there. (Good vet by the way…€31 for two dogs).