We are in Les Eyzies-de-Tayac-Sireuil, a little town in the Vezere valley, which has become the de facto prehistoric capital of the region. The town is built under dramatic overhanging limestone cliffs, undercut over the millennia by the flow of water which also hollowed out numerous caves, many of which were inhabited over the last 40,000 years or so.

In 1886 the geologist Lartet found 5 ‘Cro-Magnon’ skeletons in a rock shelter here. Whilst still in common use, the term is now being replaced by ‘early modern Man’, because they were our own species, as opposed to earlier varieties such as Neanderthal man. 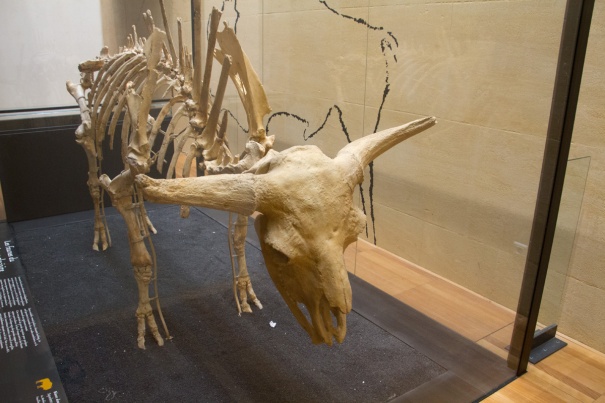 We walked through the museum of Prehistory, saw some much earlier stuff….a cast of the skeleton of Lucy from 1.3 million years ago (How did they know her name?…clever these archaeologists) and loads of other interesting stuff, including a skeleton of this old bison.. We watched a video about how to make a flint knife and then cook with it….that’ll come in handy one day. 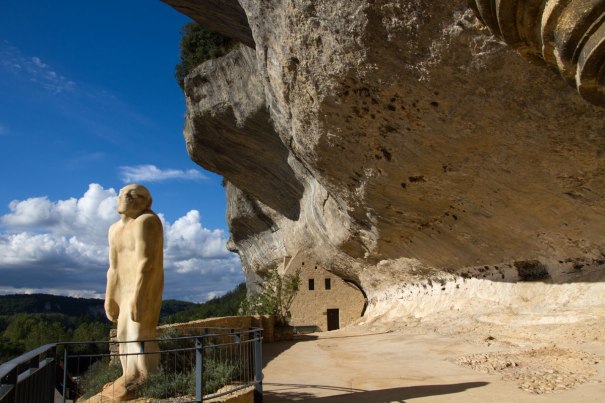 There is a great viewing gallery on the roof of the museum, complete with Early Modern Man, surveying his Kingdom. 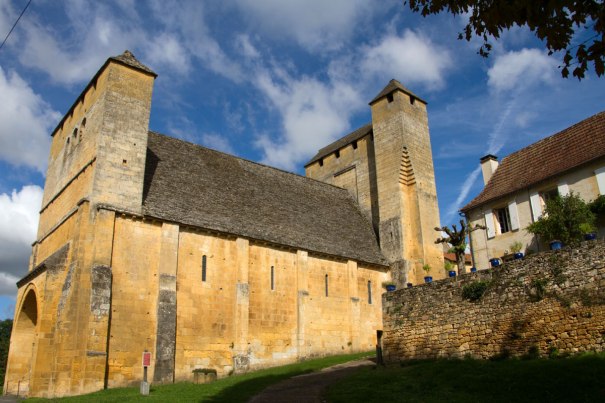 This is the 12th century fortified church in Les Eyzies, complete with marble pillars scavenged from an earlier roman building. 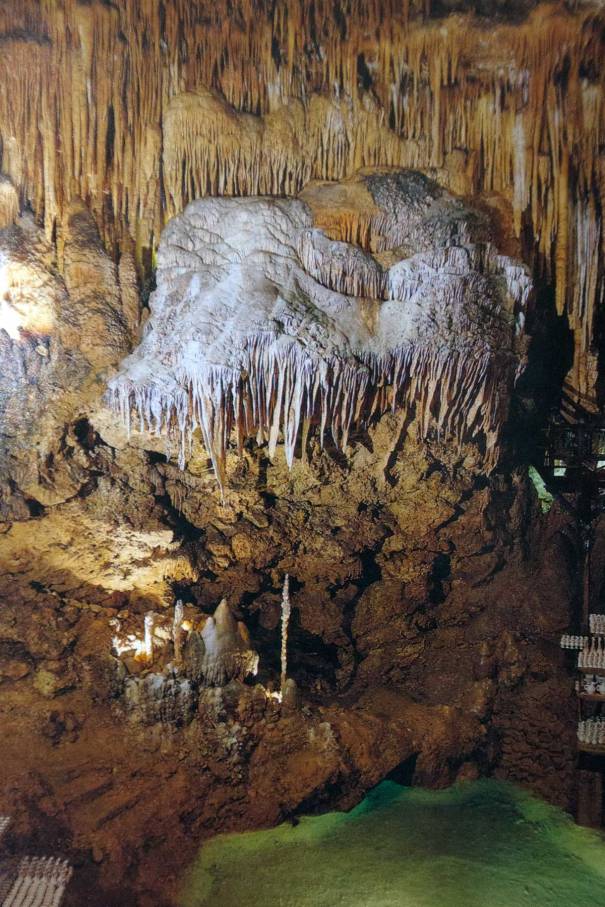 The next day we walked through the Gouffre de Proumeyssac, a large limestone cavern filled with stalactites and other large calcific concretions, formed by the calcium rich water pouring through over the centuries. The water is now being directed over porcelain ducks and other objets d’art, so as to calcify them before being offered for sale on the way out. Not sure they improve on the overall effect within the cavern…

Cycling back for a very good meal in the campsites restaurant….Camping La Riviere…highly recommended. The French for a brilliant meal by the way is “Cosmique!”.