We had a sunny final week at Los Alcázares; it got a little busier as a few Spanish pitched up for the Easter holidays. 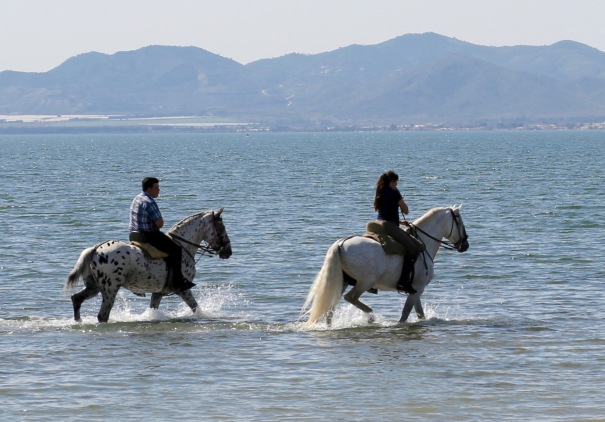 We spotted these Andalusians trotting through the shallows on the way to coffee one morning (us, not the horses).

We said goodbye to Mike and Marilyn who had to set off home a few days earlier than planned…storm Katie had scuppered their booked Bay of Biscay crossing so they had to drive up through France for the tunnel. The couple on the right are Anne and Gerda, two friends from Holland.
Colin is watching Marilyn, his new best friend, who had been slipping him biscuits. 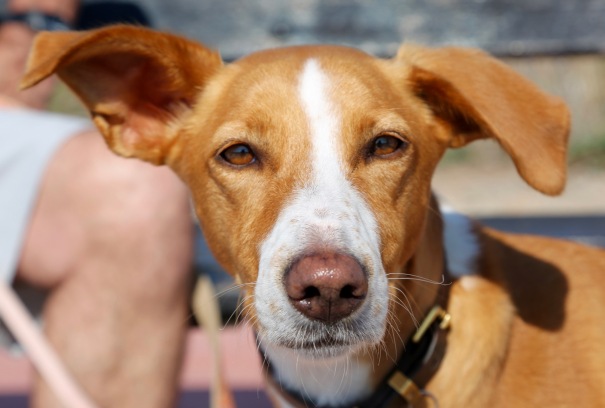 This is Luca, a Podenco, one of four dogs rescued by Jan and Frank, who we met on the beach at Mar Menor. We shared a great day with them sampling the tapas at La Encarnacion. 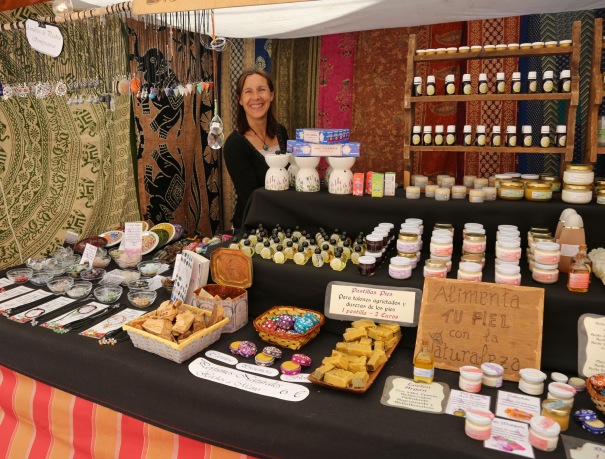 There is an Easter market with loads of medieval themed stalls packing the narrow streets. We bought some soap and beeswax skin cream from this lady.

And some earrings from this guy. 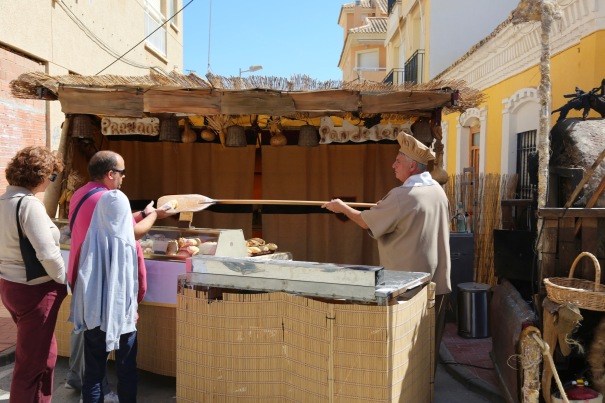 This man was selling pasties straight out of the oven.

There was a parade of geese through the town in the morning.

And a troupe of Arab dancers/musicians.

We stopped for a lunchtime beer with our Irish friends Ray and Patricia.

Several camels turned up for the party. 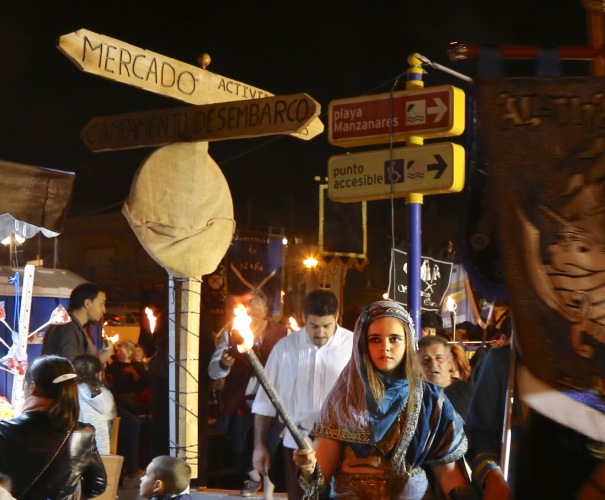 There was a torchlit parade in the evening.

The evening was rounded off with a firework display.

After Easter we set off to drive north in to France, on the way home.

2 comments on “Easter in Spain”