On Saturday we set off at 10 am for the 11 mile bike ride to Pals, a well preserved Gothic town to the east of Girona. Our route is in red. We just retraced our steps on the homeward leg. 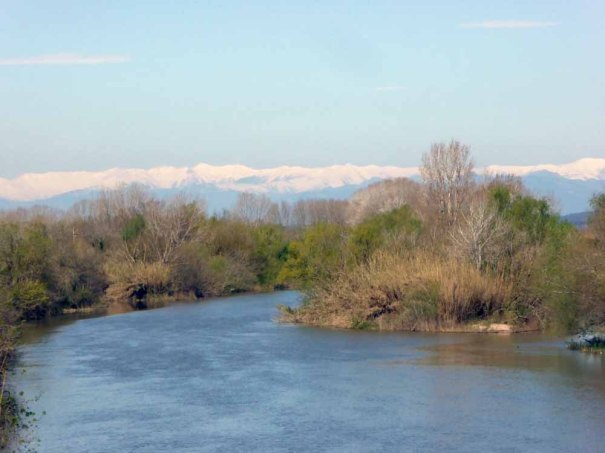 The trip starts alongside the River Ter, higher than usual after the recent rain, with the snow-capped pyrenees in the distance. 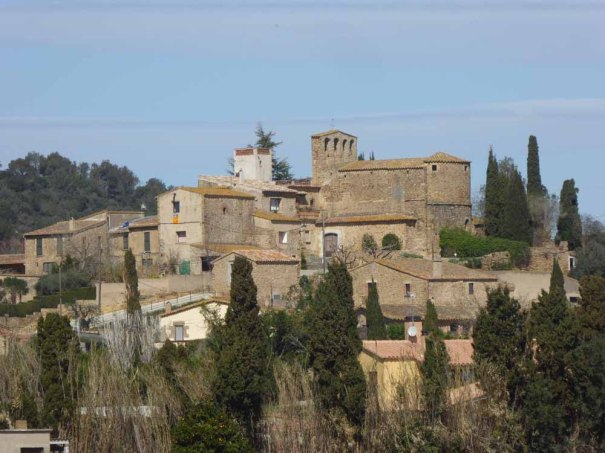 Leaving the Ter along its tributary the Daro, we passed through the pretty villages of Gualta and Fontanilles. 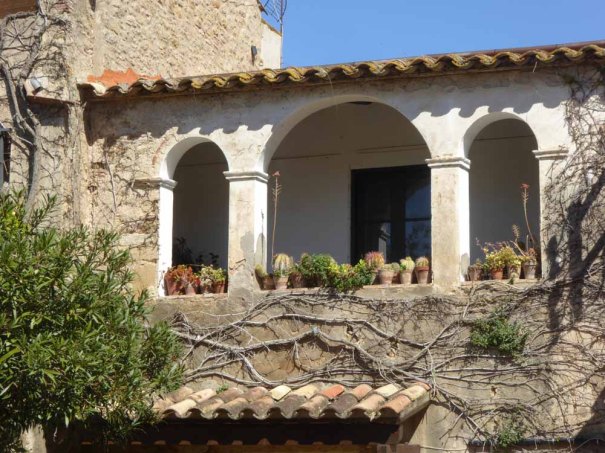 We hit the next village, Fontclara, about 11 am and stopped for a quick photoshoot and terrier walk.

The route continued along quiet roads and tracks until we spotted Pals on the next hilltop, so a bit of a hot pull up the hill in the midday sun.

The gothic precinct of Pals is a maze of narrow, winding, cobbled streets. And very picturesque it is too. And never start a sentence with a conjunction. 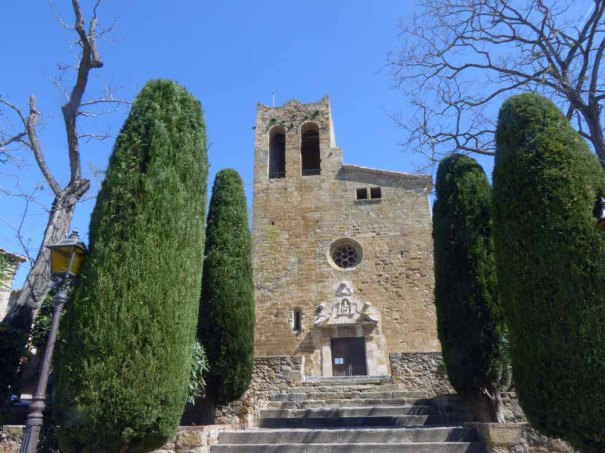 The church is, apparently, a mixture of gothic, romanesque and baroque styles. It dates from at least 994, if not before.

Tower of the Hours

This tower has housed a bell, sounding out the hours, for many centuries.

This is one of the many stepped walkways separating the old buildings.

Pals-Looking up from the Main Square

The whole of the gothic precinct has been immaculately restored. 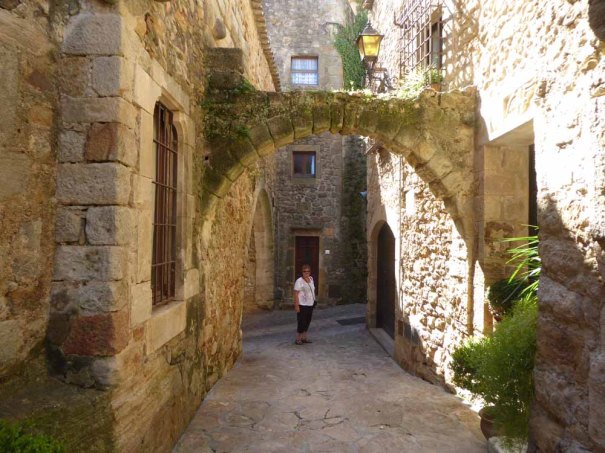 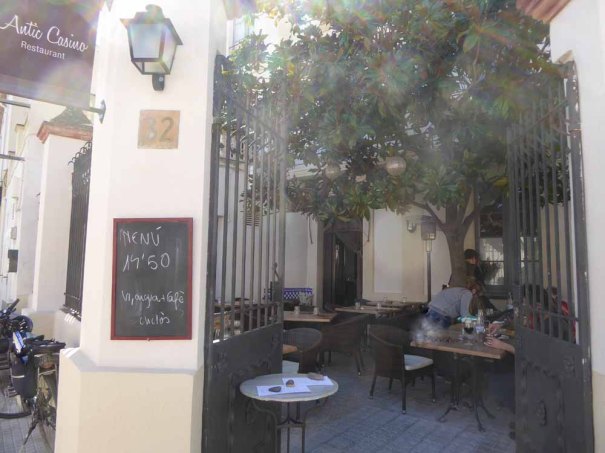 After walking the old quarter, and rehydrating with coke and beer, we cycled down the hill for lunch in the Antic casino. This I think translates as ‘The Old Casino’. It was recommended by Jean, a friend we met at the campsite, and it was indeed a scrumptious meal. I had chicken and mushroom risotto and Nia feasted on beef wrapped in a very thin pastry in a rich sauce.

Sorry…another lunch picture. On Saturday, after a long walk down to the beach with Penny and Colin we cycled to the restaurant we like outside Gualta, with Chris and Jen, and Peter and Jean, for another blow out. 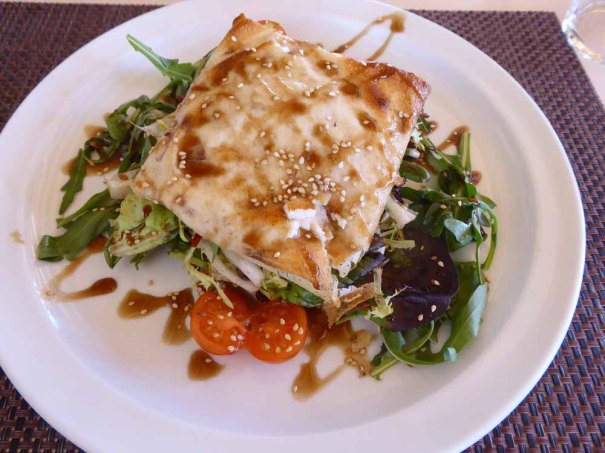 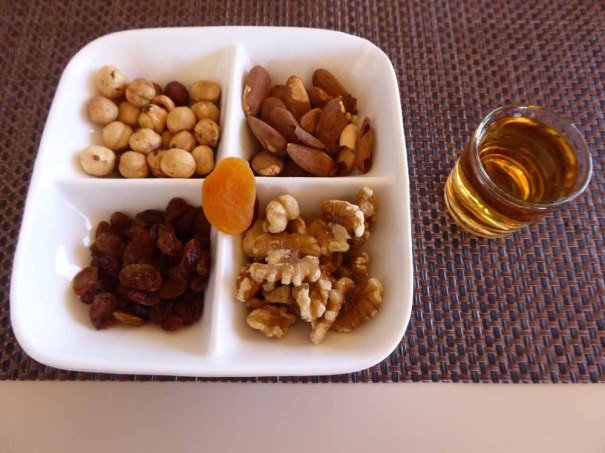 More pétanque in the evening.

In the Line of Fire?

This cat came to watch the game.