Home › - Spain › My Boyfriend has a Yellow Head.

My Boyfriend has a Yellow Head.

We are becoming goat’s cheese salad connoisseurs. This is the version from a cafe in Torroella. There is a warm (grilled?) chunk of ‘Chèvre de Cabra’ on a generous pile of lettuce, raisins and walnuts, dressed with olive oil and balsamic vinegar and with a few cherry tomatoes scattered about. Delicious. Note the toast under the cheese. This acts, for the food geeks amongst you, as an insulator. I neglected this on the first attempt to emulate this delicacy in Mavis and ended up with rather warm and soggy lettuce. The other mistake was to overwarm the cheese, so it became melted cheese on lettuce. Tasty, but no michelin stars for me that day. 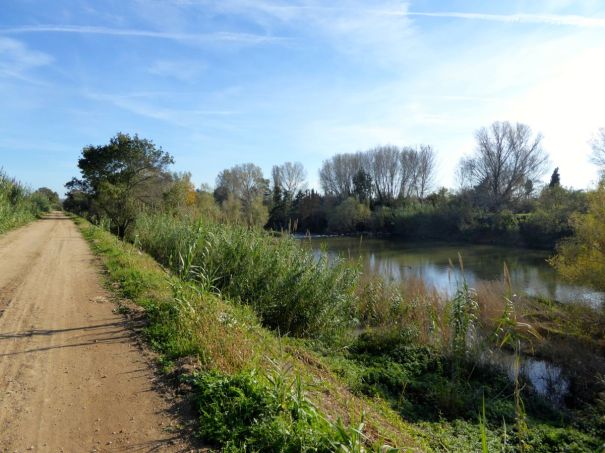 This is one of the several cycle routes back from Torroella to L’Estartit which runs along the River Ter. We have put down roots here in Catalonia for a couple of weeks which is why there has not been a lot happening on the blog. There is a lot to see here and it is all very cycle friendly with very little traffic on the smaller roads and none on dirt tracks like this one.

This track passes between orchards (in need of pruning?) on one side and the river on the other. 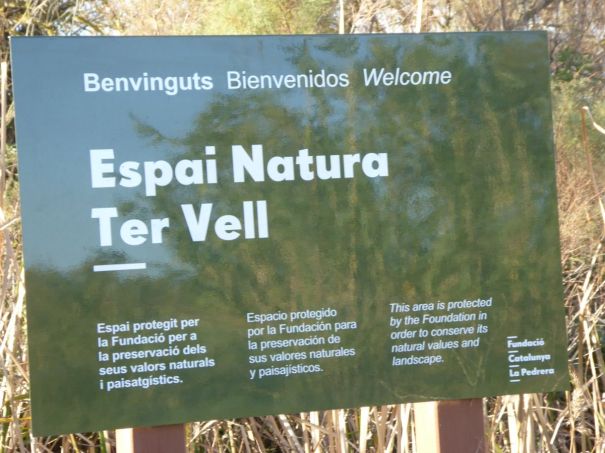 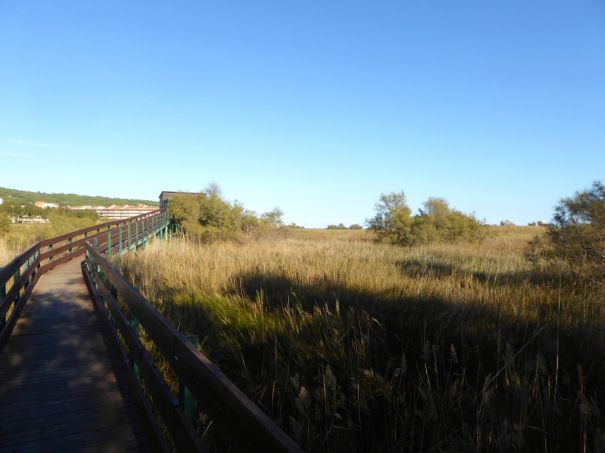 Looking east from the Hide

There is a pleasant walk to this bird hide from the camp. It overlooks a small reed fringed lake and Les Medes islands can be seen in the distance. There were only a few mallard splashing around when we visited.

This is the walk along the beach to L’Estartit. Again the Medes Islands can be seen off shore.

On Sunday we walked in to L’Estartit for Sunday lunch with John and Sue, two fellow motor homers from Felixstowe. I gorged on Gazpacho and paella, to make amends in a small way for the English group whom we overheard saying loudly…’Have you any British Food?’ 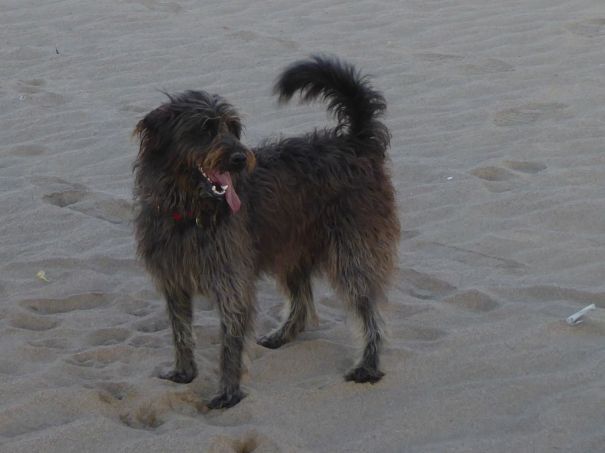 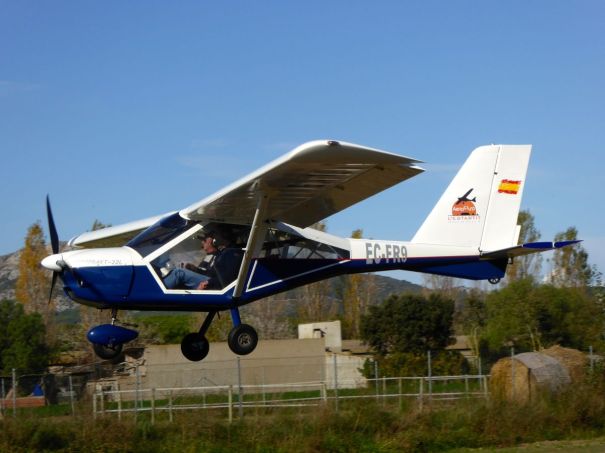 There is a small grass strip flying club about a mile to the west. 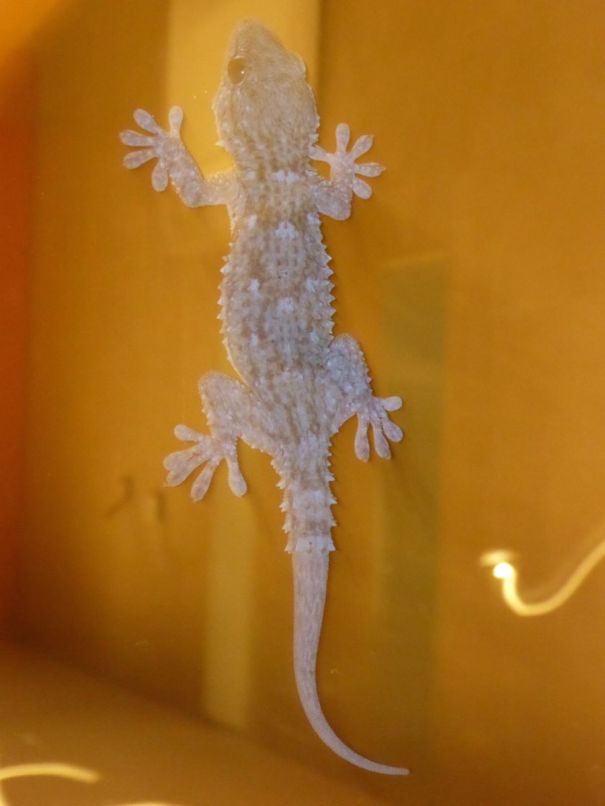 We spotted this friendly guy trying to break in to the new shower block on the camp site. 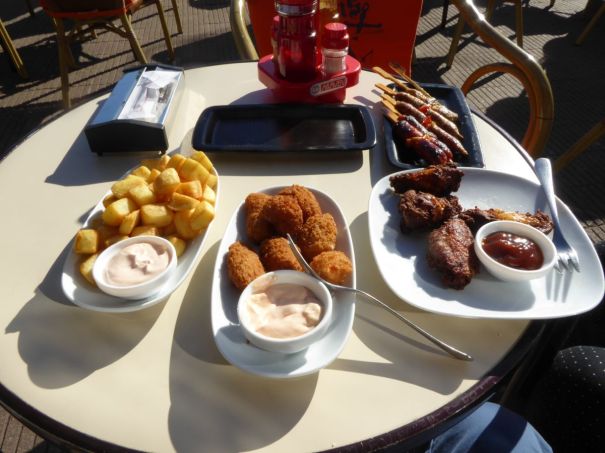 I am amusing the locals by trying to learn spanish, and practicing on them. I am using the excellent online ‘saysomethinginspanish’ course courtesy of Aran, in north Wales. I may have mentioned before that efforts to communicate in spanish can be torpedoed if you come across a good english speaker who is keen of course to reply in the queen’s english. Aran’s suggestion to this was to hit back at them in welsh, of which I handily know 4 words (aira bach, aira mawr). Any friends of Nia will immediately know that this means ‘Little snow, big snow’….profound old North welsh proverb.
Anyway…. yesterdays victim, working in a shop, had very little English so I didn’t need to wheel out the Welsh and we had a friendly, if not altogether understandable, conversation. I think that her boyfriend has a yellow head. Easy to locate if she loses him in a crowd.