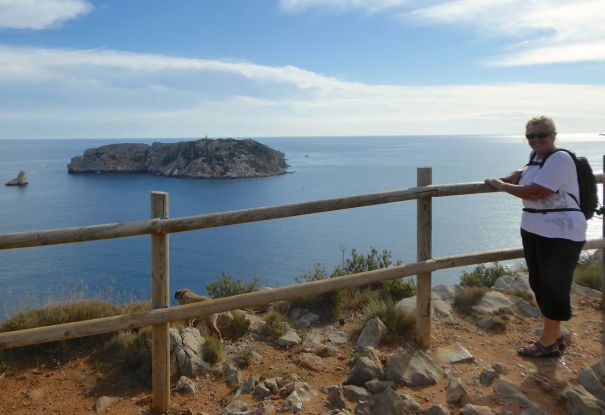 We had another shot at the coastal path today. We locked our bikes up outside the local Oficina de Turismo and walked up the steep path to this viewpoint, the Cap de la Barra. It is about 100 metres above sea level, and close to the harbour at L’Estartit.

Penny as always goes right up to the cliff edge and looks over. 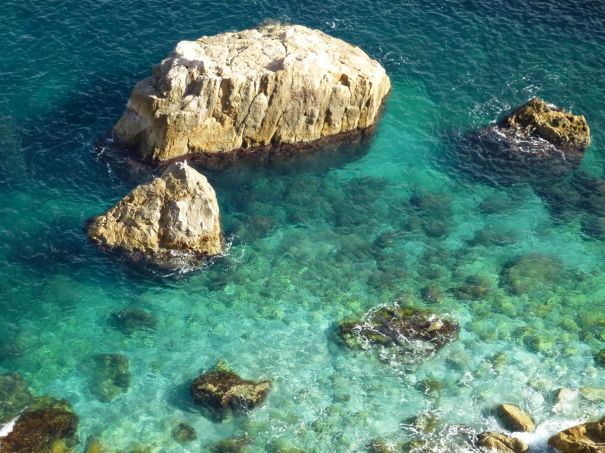 Clear Green Water at the foot of the cliffs.

The Path to Cala Callela

The path along the cliffs is steep and rocky. In fact it was more like an assault course than a walk. I have a shot of Nia limboing under a fallen tree but it has been censored. 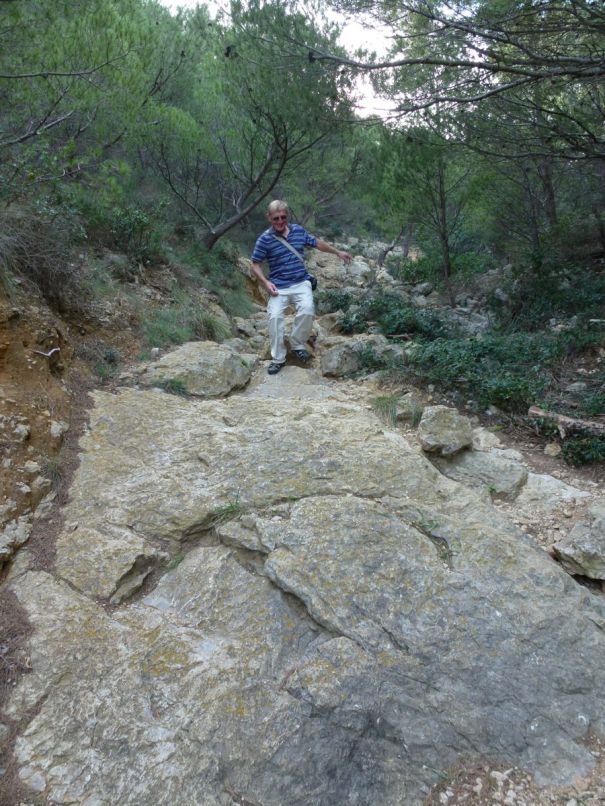 Small Cove along the Way

This is the Cala….it translates as a creek or inlet. We met no one else walking here or at the creek so the locals obviously know its not an easy walk.

Colin doesn’t like walks. From time to time he sits down in the hope that we’ll come to our senses and turn back.

We walked back past the cliff top look out and down into L’Estartit.

There is a strong movement hoping for independence here in Catalonia. Yesterday’s poll showed 80% in favour of Catalonia becoming an independent state and there are Catalonian flags and yellow ribbons everywhere.

There are still flowers everywhere. Autumn is late; the locals tell us it is warmer than usual for this time of year.

We had lunch in a smart restaurant overlooking the harbour. Well it was smart until we turned up with two dogs in tow. We were going to go back to Mavis for a late lunch but couldn’t resist the four course menu del dia (less than 30 euros for 2, including drinks, bargain) . We had just survived an assault course.