Home › - Germany › Why is this Lady Riding a Fish?

Why is this Lady Riding a Fish? 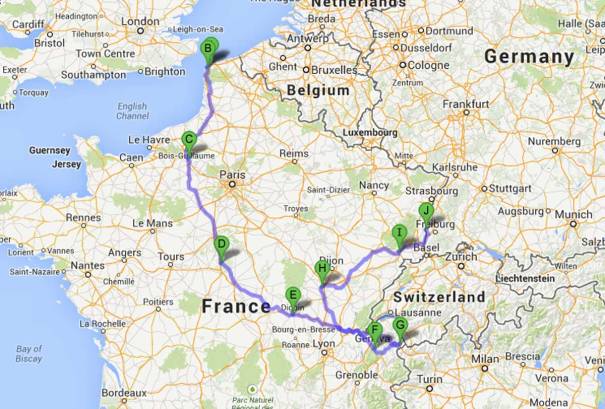 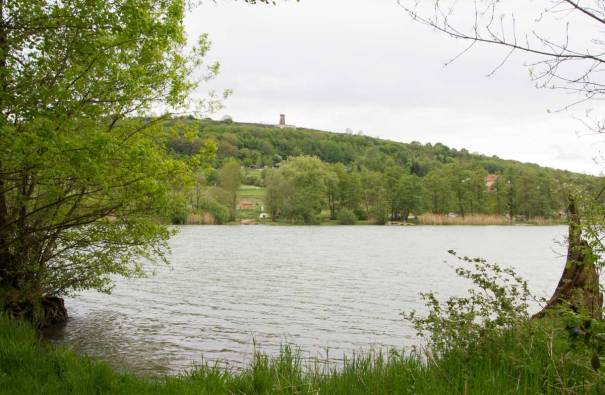 The Lake at Belfort.

On Friday we moved into Germany and drove a short distance up the Rhein to Breisach. We stopped at a Stellplatz on the riverfront. A Stellplatz seems to be the German equivalent of an aire; there are drainage and water facilities on essentially a large car park. (GPS N 48.029657 E 7.575792). The overnight stay cost €6.

The Stellplatz filled up a lot during the day because May 1st is a bank holiday here.

Breisach is strategically placed on a hill overlooking the Rhein and has suffered from this by being alternately fortified then flattened several times over the last two millennia, A few of the old buildings remain, the Hagenbach Tower originally dates from 1319 and was named after Peter Hagenbach, a Governor of Breisach imprisoned here in 1474 for corruption, murder and other unpleasantnesses.

Breisach is dominated by this cathedral, built on the site of a Roman fortress from the 3rd century. The Emperor Valentinian 1 stopped here on a tour of the Roman frontiers on the 30th August 369 (hope he had better weather than us….its been a bit wet…). 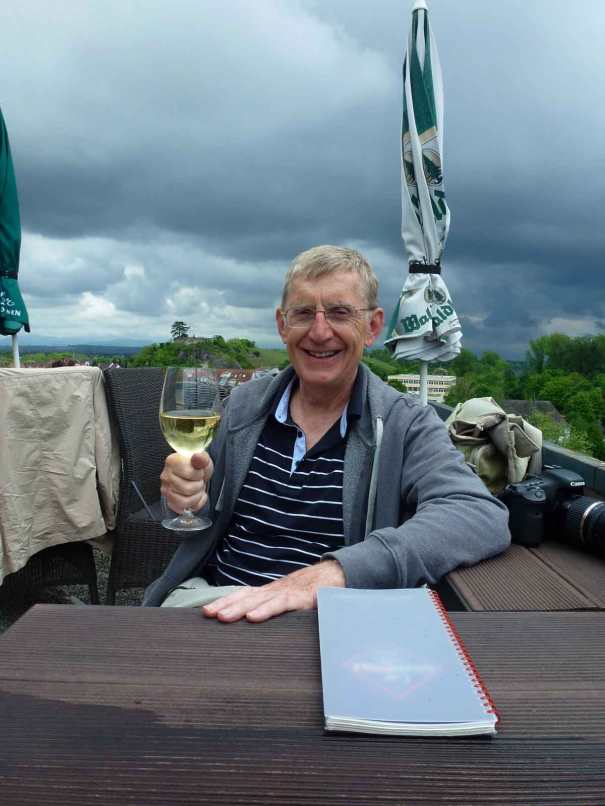 We stopped at a restaurant overlooking the river for a glass of white wine, or weisswein, as I now know it to be. The waitress was very helpful and threw in a bit of german tuition for free. The portions here are generous, a glass is 250 mls which is about half a pint.

An old wine press stands outside the museum at the foot of the hill, which is just a short walk from the Stellplatz. 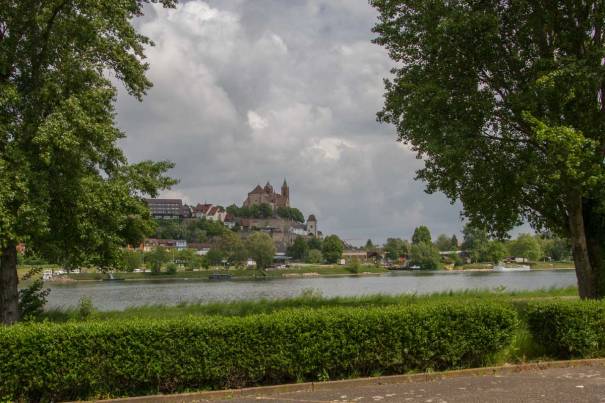 On Saturday we moved to Camping Ile du Rhin; a pleasant and quiet site on an Island between Breisach and the Alsace Canal, (GPS N 48.02274 E 7.577927). The site is very close to the ‘Grune-Straße’ or cycle way between Freiburg in Germany and Colmar in France. We headed in the French direction, as far as Neuf Brisach. 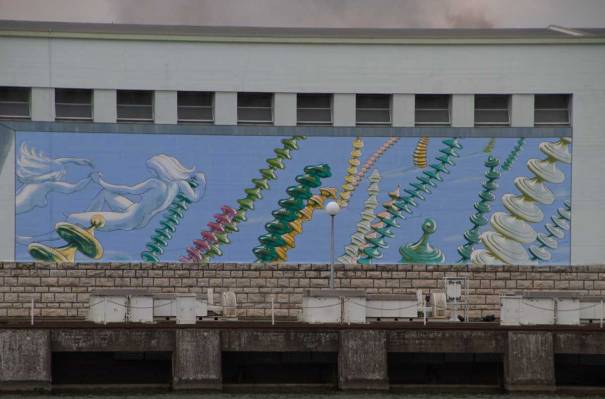 There is an EDF hydroelectric power station by the bridge, fittingly decorated by murals depicting mermaids swimming between insulators. Maybe the artist went swimming after a glass too many of weisswein.

This is an unusual walled town, in hexagonal configuration.

The Neuf I think stands for new; maybe some of Breisachs inhabitants got tired of having stuff lobbed at them and decided to move somewhere a little less strategic.

We reprovisioned in the Neuf Brisach Carrefour, and cycled back through Volgelsheim to the Ile du Rhin.

These are a couple of sculptures we have come across here….there does seem to be a theme…any caption suggestions would be welcomed…

7 comments on “Why is this Lady Riding a Fish?”