When the snow started to fall in Chamonix we decided to move on. We had planned to visit Switzerland but the forecast there was wet and cold, and, as the Missus says, we can do wet and cold in Cumbria whenever we want. So Switzerland has been deferred for the moment and we drove north-west, heading for the land of the Grands Crus. 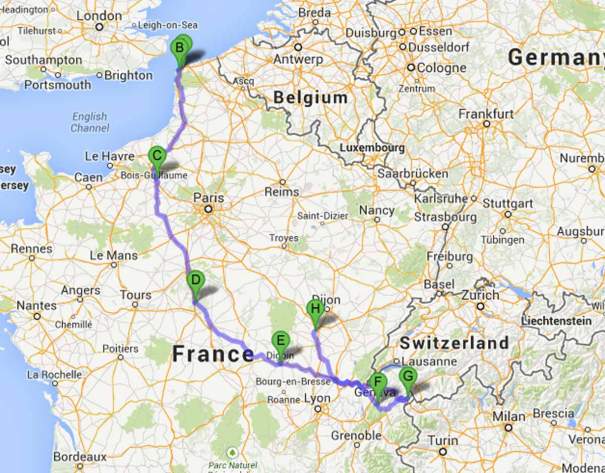 We are staying at Camping La Grappe d’Or (GPS N 46.985617 E 4.768335) , a site just outside the village of Mearsault, near Beaune. This is the heart of the Burgundy wine area and the campsite sits on a terrace overlooking fields of vines spreading out in all directions. 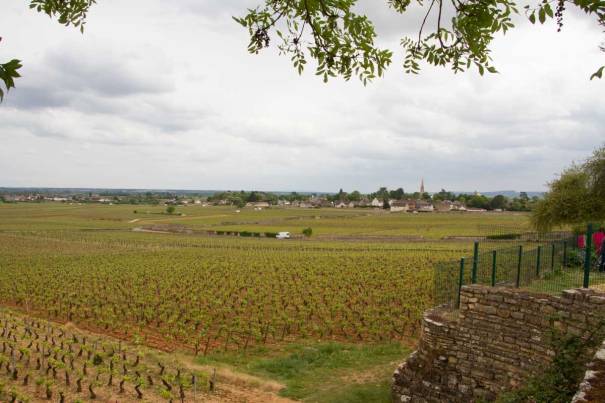 Looking South from the Campsite

About 100 yards from the campsite is ‘La Voie Des Vignes’ ..a veloroute which extends from Beaune to Santenay, through the villages and vineyards of the district. At Santenay the veloroute links up with the Voie Verte (traffic free cycle path) which runs (cycles?) alongside the canal du Centre from Saint-Léger-sur Dheune to Chalon-sur-Saône. 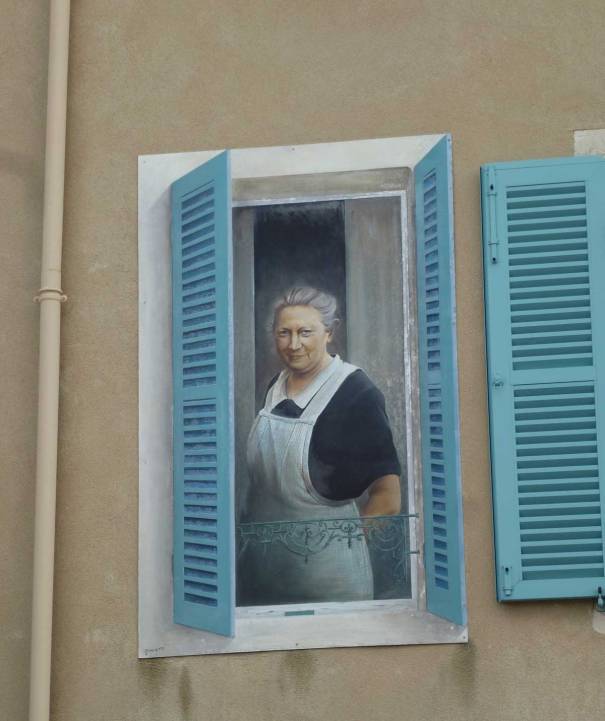 We set off along the Velo Route heading towards Santenay this morning. This faux shutter cleverly painted alongside a real window is in a hotel in Mearsault, first village on the route. 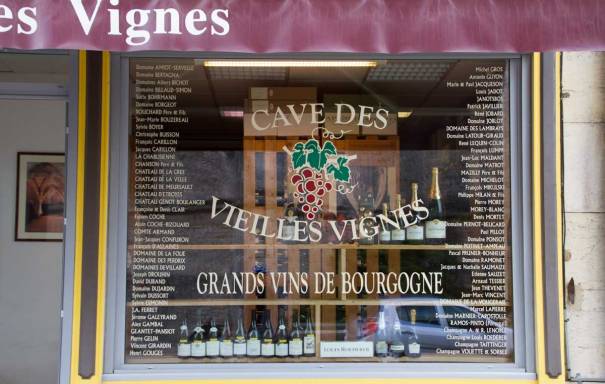 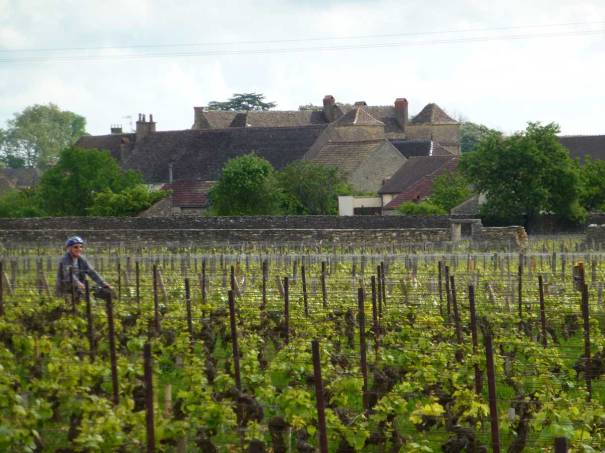 Cycling Through the Vines

All the villages here are packed with wine sellers and wine producers selling directly to the public. Wine tastings are advertised on all sides but probably best not combined with a bike ride (if any of our friends in Cabo de Gata are reading this, they may agree). 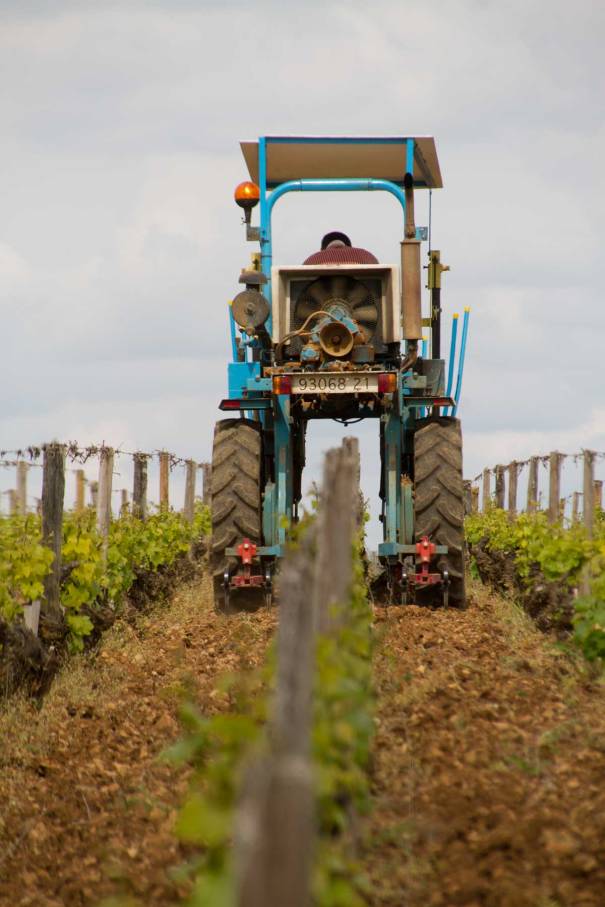 Most of the vines had been cut back to a thick stump in the Autumn and new growth had just started. The fields were busy with workers pruning, weeding, ploughing and spraying. 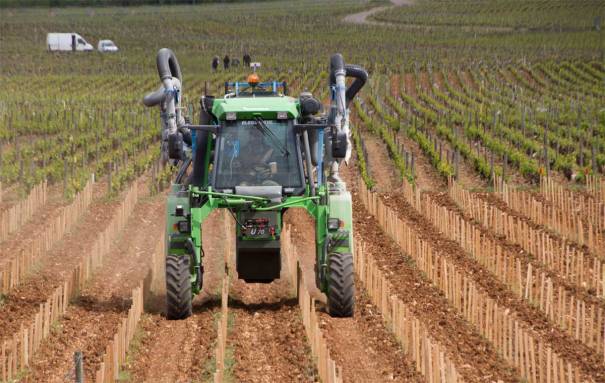 On the Straight and Narrow 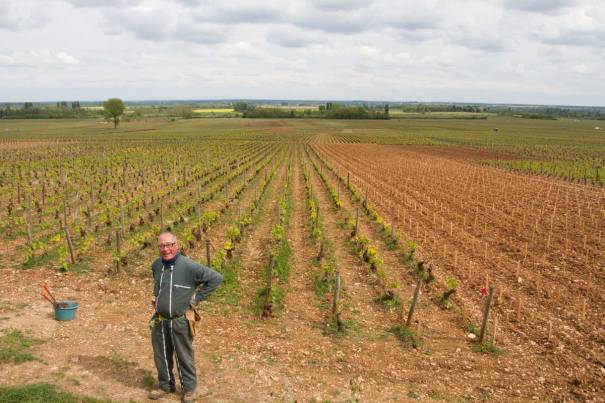 This lovely guy stopped his pruning to chat to us. He spoke very quick french, of which I got about 10%. We did pick up that his grapes were all Chardonnay, and that it was pretty dry and stony soil, ideal for the vines. He was rubbing or cutting off some of the smaller shoots 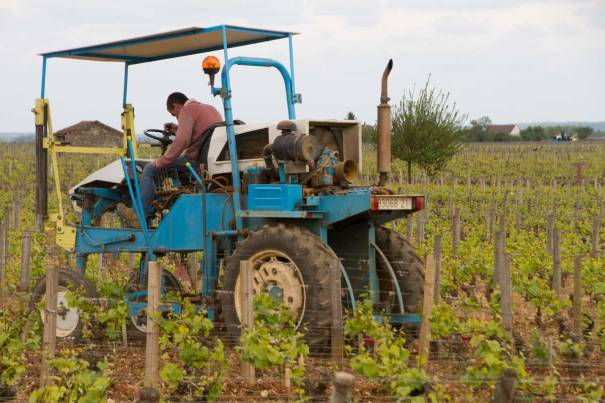 Stepping Over the Vines

Curious (to us) high wheelbase tractors buzz about through the vineyards. 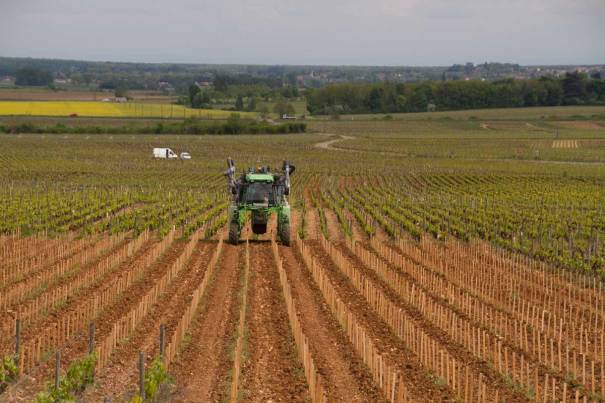 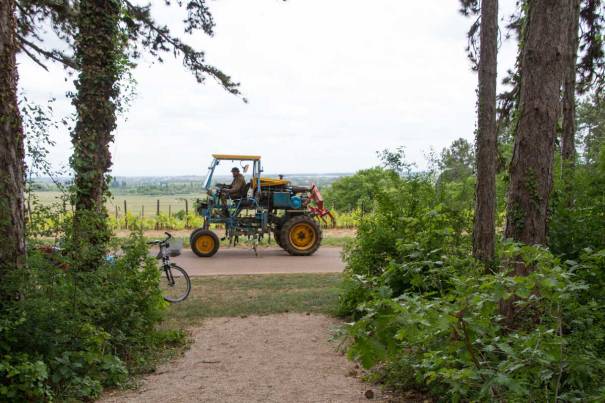 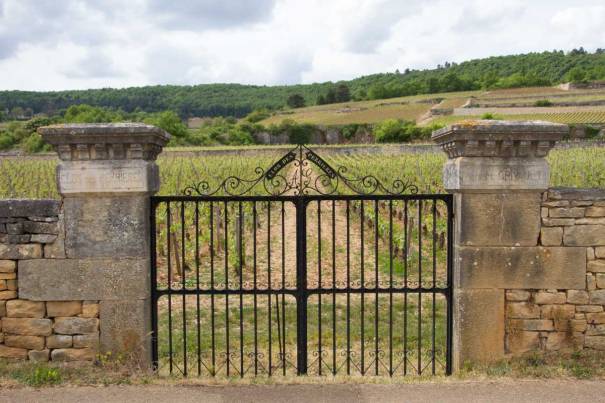 Some of the vineyards are limestone-walled and gated. 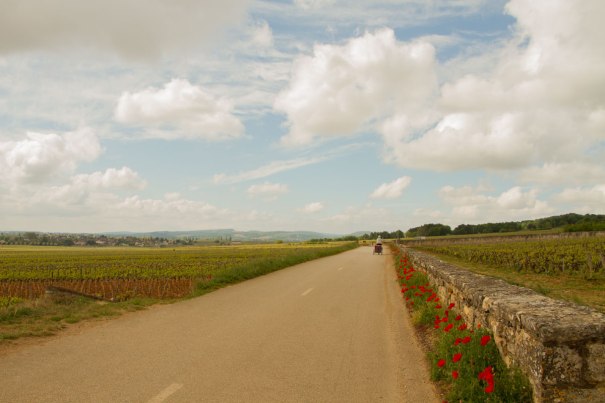 Poppies and other wildflowers line the roads. 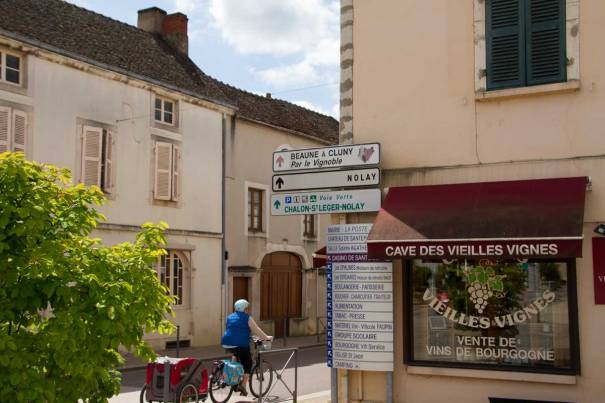 We stopped at Santenay, about 10 miles to the south west, for a coffee. The veloroute winds through several villages, all immaculate and geared up to the wine business…Caves, Chateaux and Domaines everywhere. 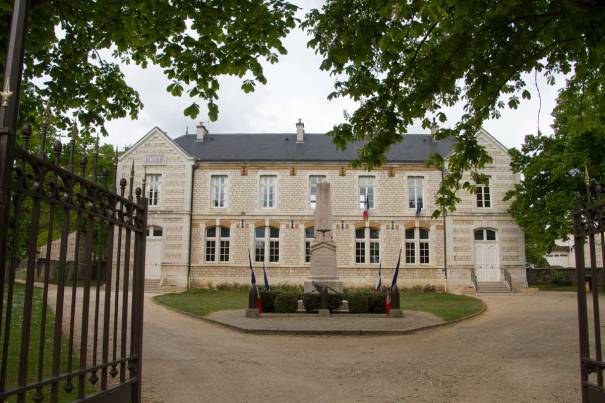 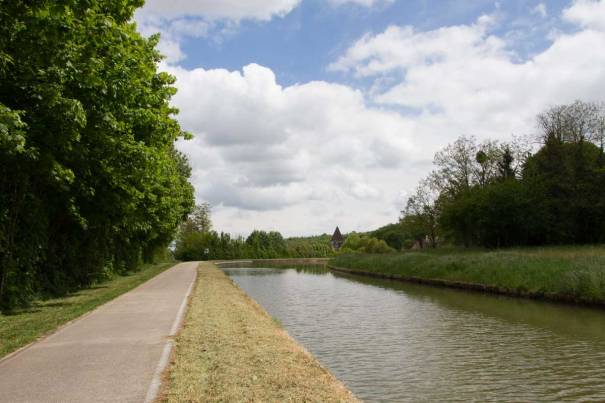 Just beyond Santenay the veloroute connects with a voie verte alongside the Canal du Centre. This is a peaceful, traffic free ride, disturbed only by the occasional duck or heron. And just now and again a serious cyclist flashing past at the speed of lycra.

After a few miles along the canal we retraced our steps and headed back along the voie verte and the velo route. 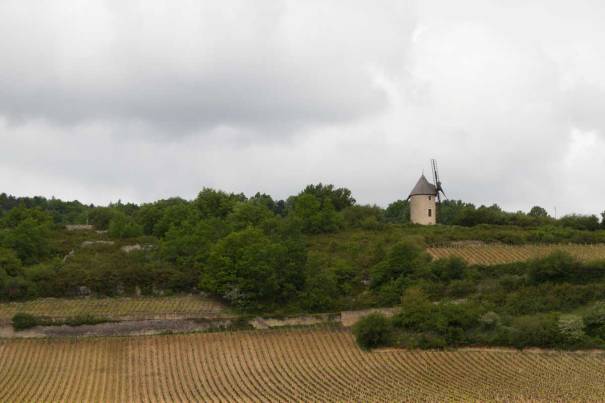 There is an old windmill just outside Santenay. 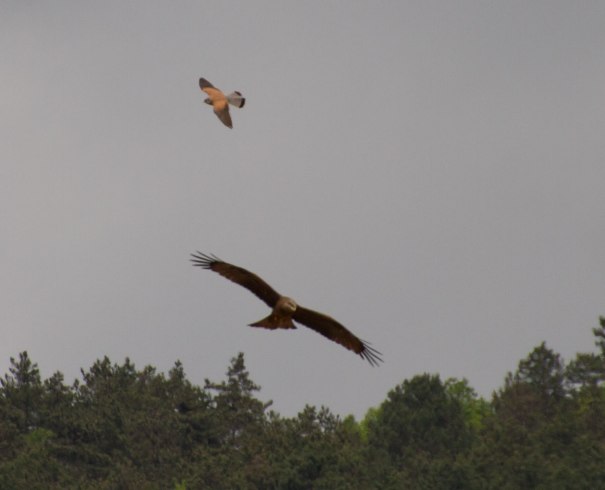 There is a lot of wildlife. Kites abound and we saw these two (a kestrel, and possibly a buzzard?) having a minor tiff above the rows of vines.

We will uproot shortly and head east into the Franche-Comte region.