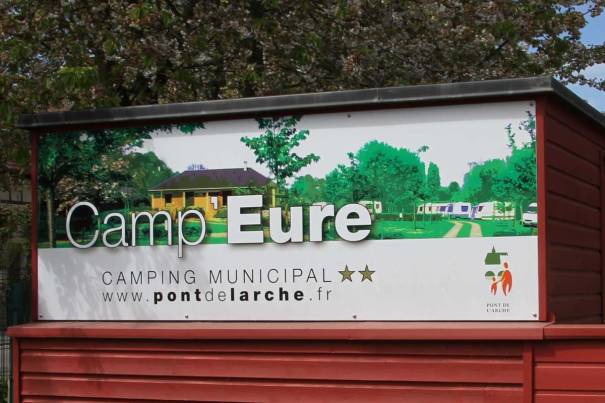 As often happens we found this charming campsite by chance. We had planned to stay overnight on the aire at Pont de L’Arche but when we got here mid afternoon on the Wednesday before Easter the aire and adjacent car park were full. Camp Eure is just next to the aire. It is a pleasant, basic, friendly, municipal site on the banks of the Eure, a tributary of the Seine. The tariff is very reasonable at about €12 per night including electricity. 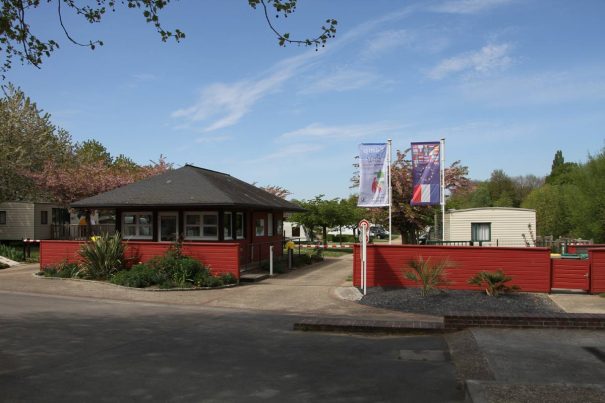 The site is at Pont de L’Arche, just to the east of Rouen. This is the view from the site looking east showing the D2015 bridge. Coming from Rouen turn left immediately you cross the Eure then drive under the bridge to get to the aire and campsite. 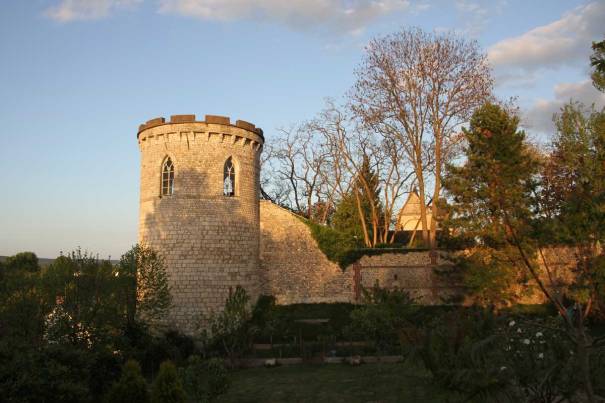 Pont de L’Arche is a pretty medieval town with scattered vestiges of its original fortifications. Fortresses were built on a wooden bridge here by Charles IInd, King of West France 823-877 (aka Charles the Bald) to protect the town from invaders from the North.

Built in 1499, this impressive church overlooks the Eure. 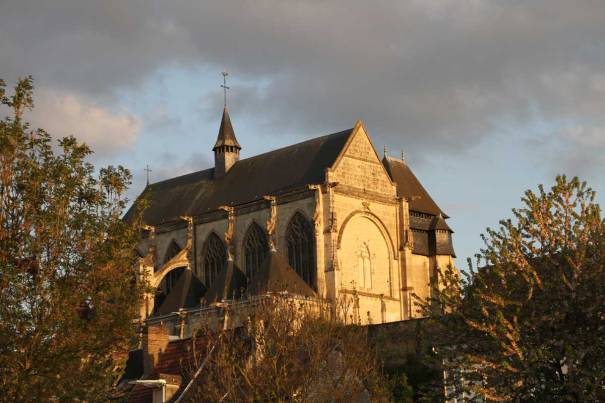 The church from the campsite, catching the evening light.

One of the many well preserved half timbered medieval houses in the town.

We parked overlooking the Eure which joins the Seine about 100 metres from the site; the confluence is seen in the distance here. There are good riverside walks in both directions. 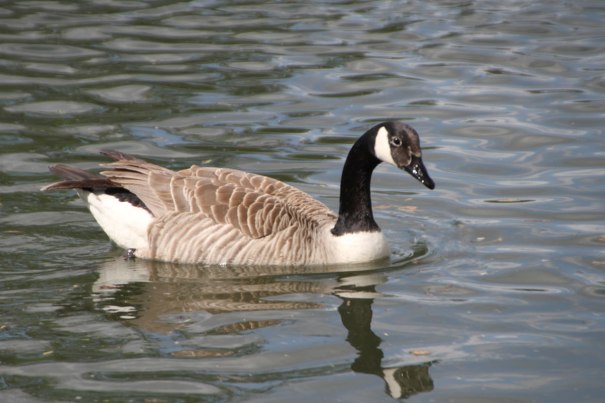 Heading East along the Eure

On Friday we took the cycle path to Poses, a small village up river which was originally populated by Seine bargemen.

Gustave Eiffel, of Tower fame, built this weir in 1855 to control water levels in the Seine. 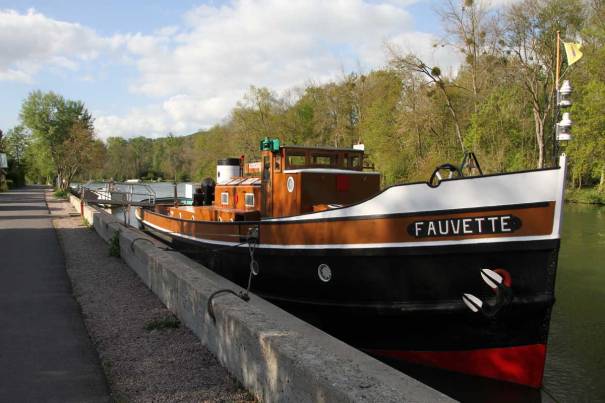 Moored on the riverside at Poses is the old steam tug “Fauvette”, built in Cologne in 1928, scrapped after many years work then restored by volunteers at Poses in 1987.