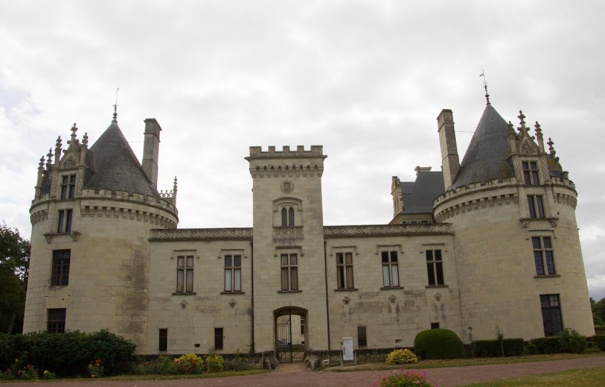 This is Chateau Breze, a 15th century castle built over a remarkable underground fortification and living area excavated from the living rock over a thousand years ago.

The chateau is about 10 miles south-east of Saumur. We came here on the recommendation of a Dutch couple we met whilst lunching in Fontevraud, which is close by. 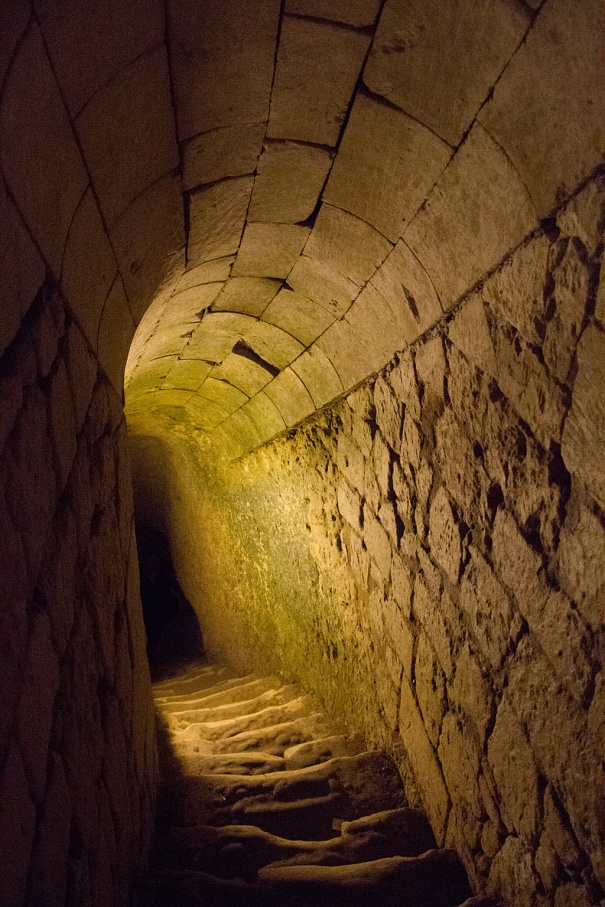 A tunnel leads down to a rabbit warren of tunnels and caverns 30 feet underground where the occupants kept food and animals for sustenance in times of siege.

This is the central light well leading up to a narrow hole which provided ventilation and light.

Side tunnels lead to large grain silos and mangers in the living quarters…apparently the animals provided warmth as well as sustenance when required.

(Note for those with photographic bent….the tunnels were very dim, most pictures were taken handheld with a Canon DSLR set to very high ISO….worked a lot better than flash)

There is an exit into the 60 foot deep dry moats surrounding the Chateau. These are the deepest dry moats in Europe and a number of further caverns lead off from the moat to provide storage and working spaces. 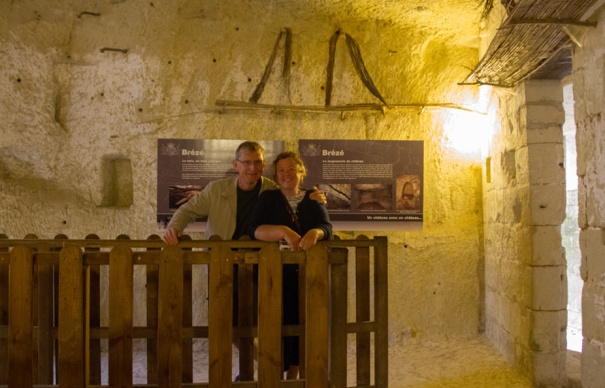 The silkworm room….An ancient guard house converted in the 17th century for silk production. The silkworms lived in the niches in the wall and gorged themselves on mulberry leaves, producing the silk when they spun their cocoons. The cocoons were shipped along the Loire to the silk mills in Tours.

There are extensive facilities for pressing the grapes and storing the wine. 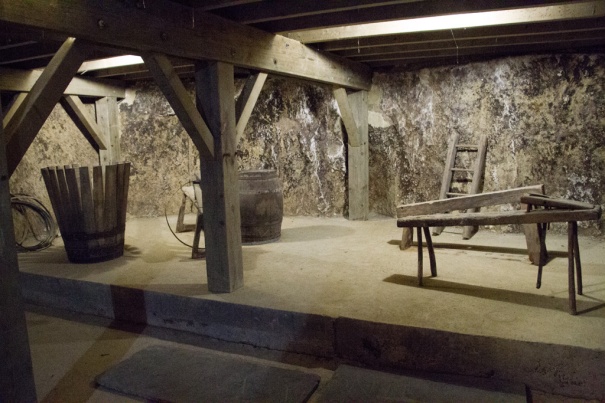 And a cask making workshop with those bench thingys (forgot the name) that you sit on on to wield a draw knife and other stave shaping implements.

There are collections of ancient ploughs and some sort of horse drawn barrel with a seat…mobile refreshment tanker for workers at harvest time? Does anyone out there know?

Above ground, pretty cloisters surround the courtyard and the chateau itself contains sumptuous apartments for the Bishop of Moulins, with wall to wall woodcarving and murals, and trompe d’oeil decorations….early optical illusions to hide secret doors and compartments. 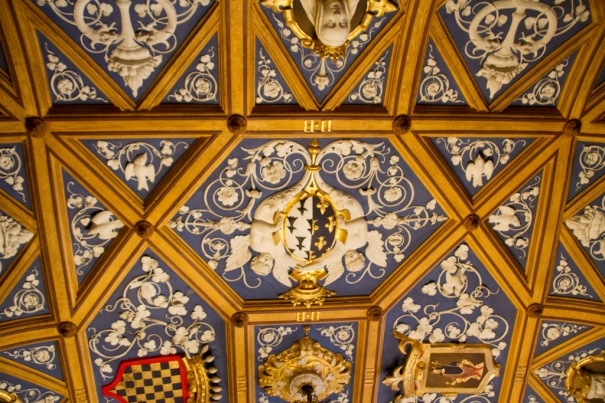 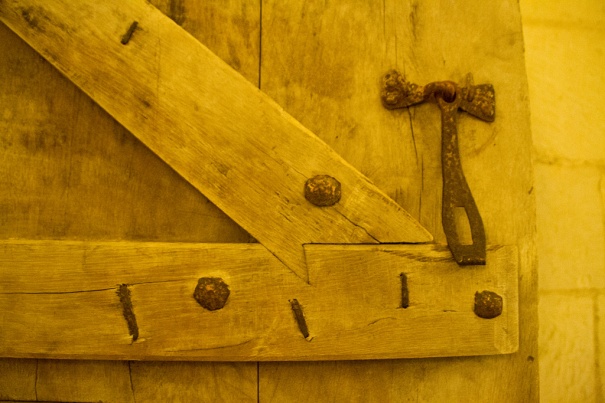 Detail of door ledge in dungeons..bolts, clenched nails and locked joint…built to last. 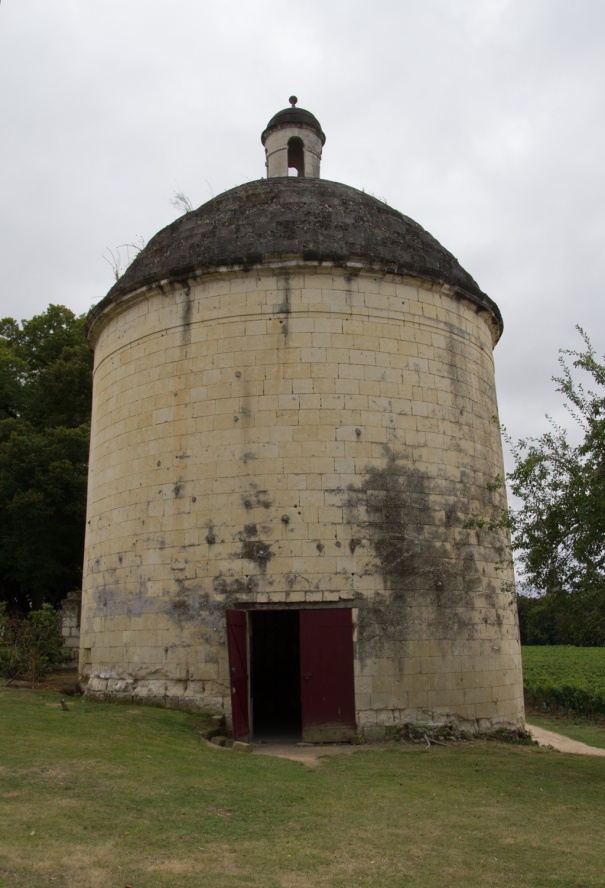 Outside the chateau is a humungous pigeon loft/dovecote….at 3700 pigeon holes the largest in Western France. Built in the 16th century, the size reflected how much land was owned, and this one equates to 1850 acres of tillable fields. The pigeons were used for communication. Slow maybe, but handy if your broadband was down.

Inside, a clever system of rotating ladders provides access to each of the pigeon holes. Pigeon eggs must have cropped up all the time on the menu du jour. And apparently the pigeon manure was much esteemed. But probably not by the poor serfs who had to sweep the floor for it. You’d need a hat. But not your best one.