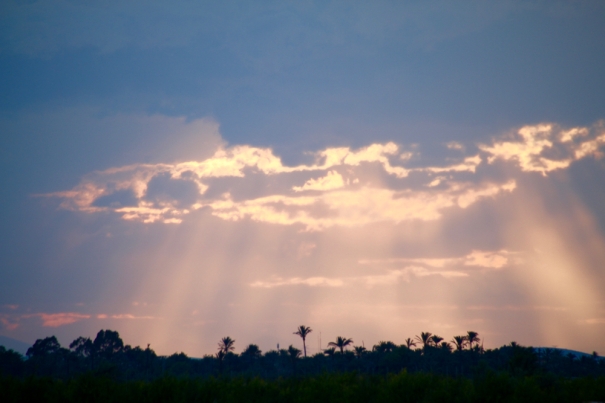 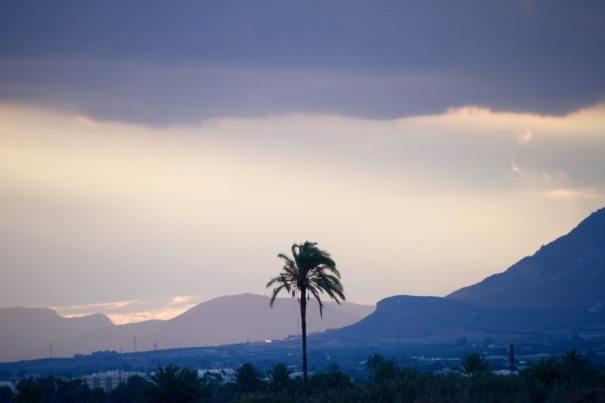 The rain in Spain does get down to the Med sometimes…I was up at 6am yesterday morning to furl the awning. We had an early thunderstorm and I didn’t want Mavis to blow away. 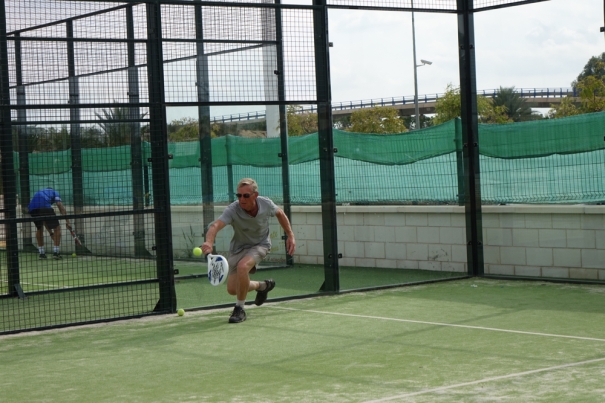 The sun came out after a bit and Adrian and I went for a knock around on the Padel courts. Padel is a bit like tennis but played with smaller bats and on a court which has some perspex walls which you can bounce the ball off…something like squash. Best played in doubles, we’ve had a few good games now and met a few other ex-pats. 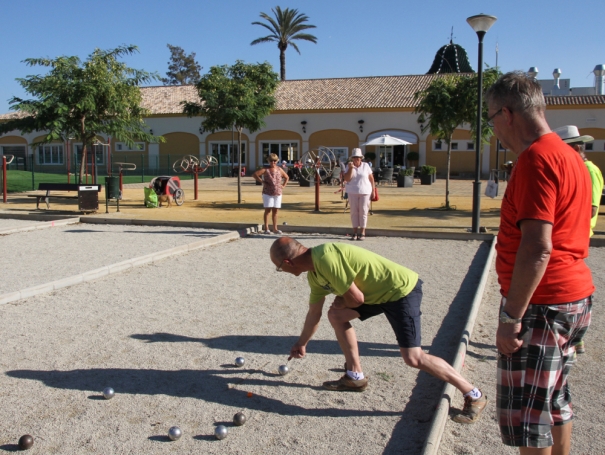 We are playing Petanque (boules) several times a week. The idea is to get the boule (heavy metal ball) as close to the cochonet (small round target ball, aka the piglet) as possible. The other players are a mixture…French, Dutch, Belgian, Swiss, German and so on, so its a right mixture of conversations. We often don’t know what’s being said….probably just as well. I think the guy in the picture is advising the Petanque Queen (her in the white hat) where to place her boules. He’s a braver man than me. 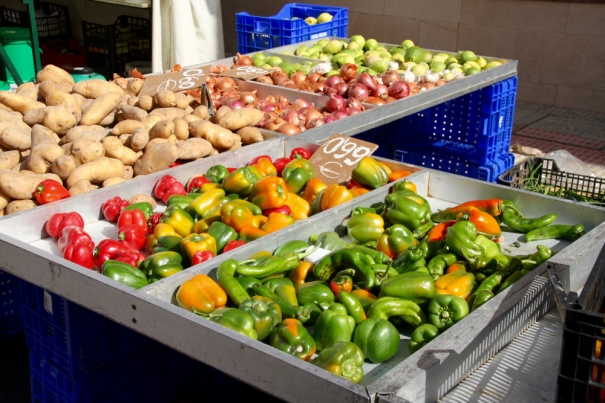 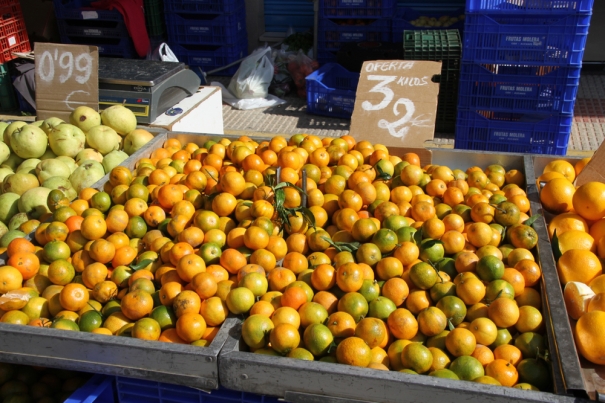 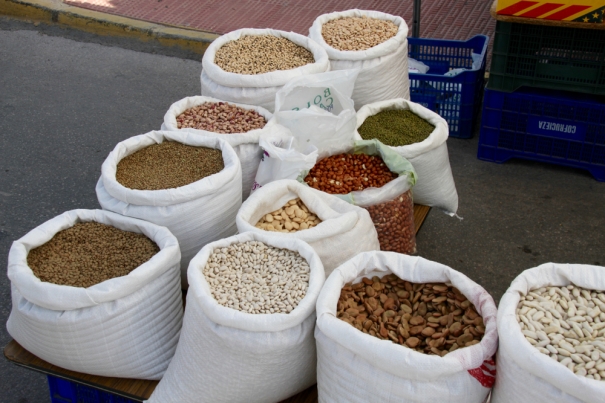 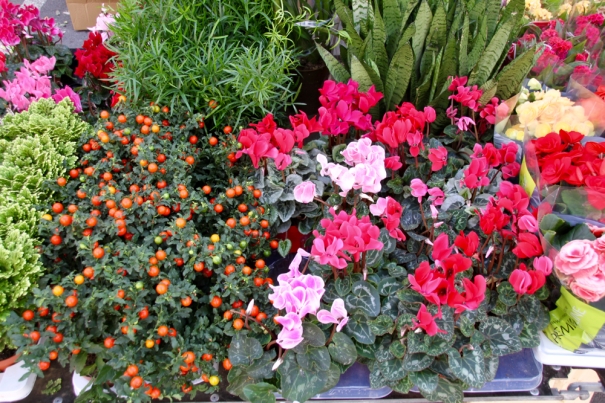 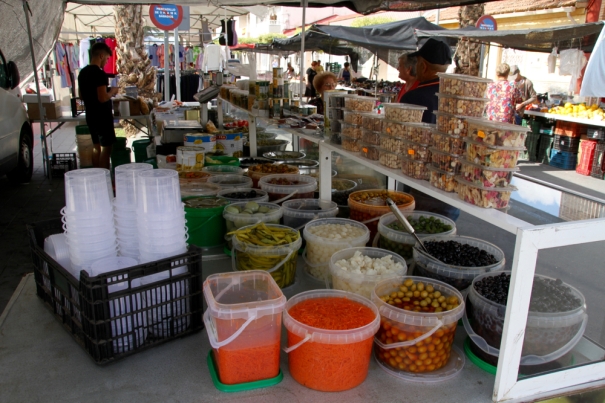 On Saturday we cycled in to Catral for the market and picked up some rather nice stuffed olives, some five star pickled onions and a selection of other Spanish delicacies. 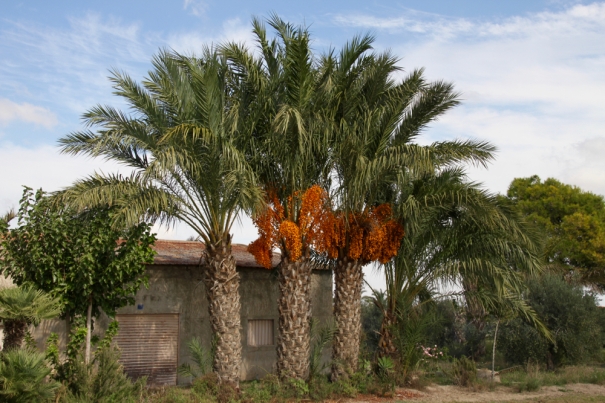 We cycled back along the side roads, past these date laden date palms and then through the tiny village of San Felipe Neri. 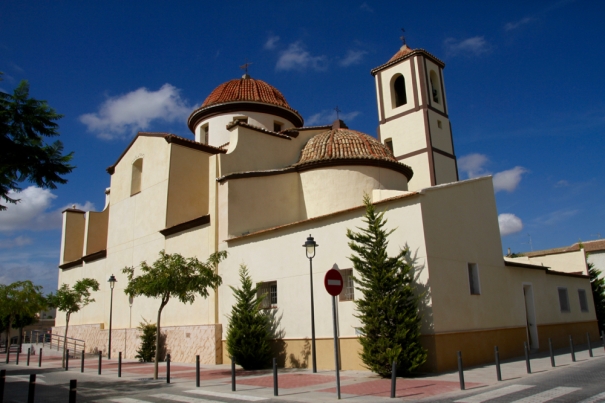 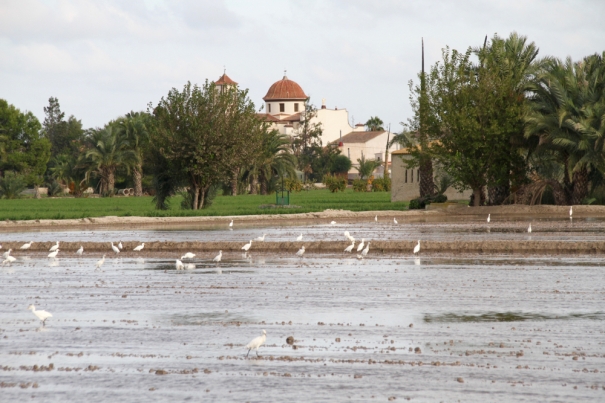 Irrigation in Spain can be low tech…often they open one of the large sluice gates which are dotted around the countryside and just flood the fields. These egrets are taking advantage of a free cold bath in a field by San Felipe. 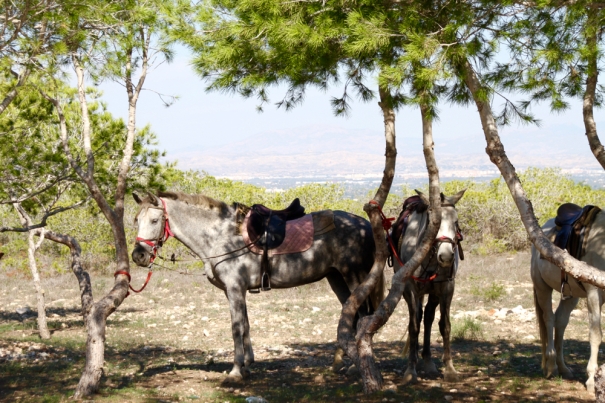 On Sunday we cycled to La Marina, a small town on the Mediterranean coast about 15 miles away. We passed these ponies dozing by the roadside. 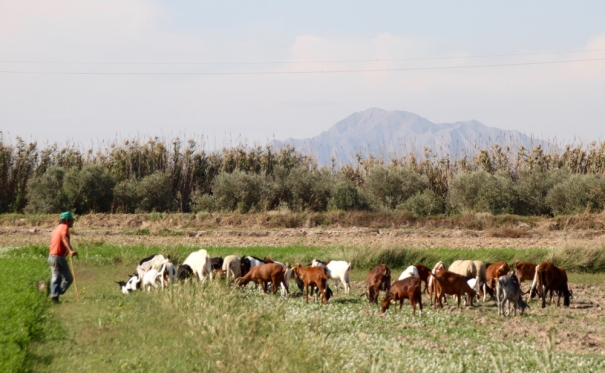 And a herd of goats munching their way across the countryside. 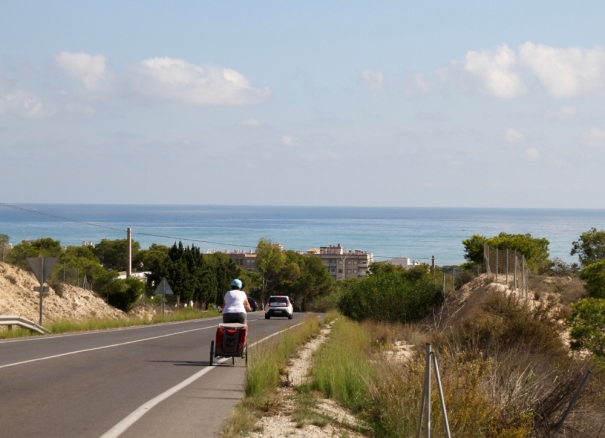 We had a nice downhill bit for the last mile before the sea. 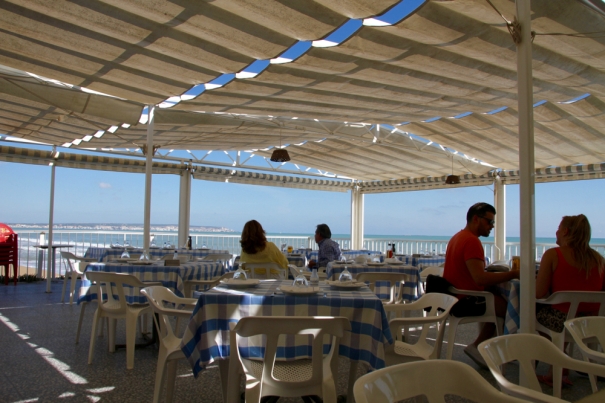 We turned left at La Marina and had lunch in a shady restaurant overlooking the sea at Pinet Marina, a little further east along the coast. 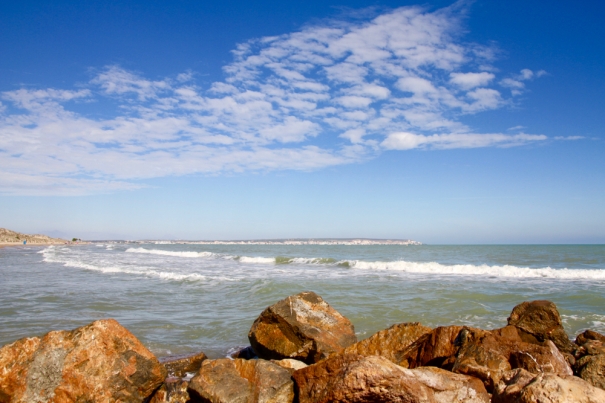 In the distance is the coastal town of Santa Pola. 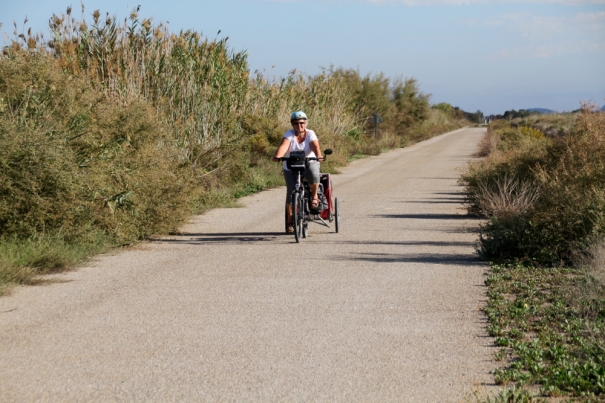 We cycled back through the El Fondo nature reserve. It was a bit hot for the Krays but they ran for a bit. 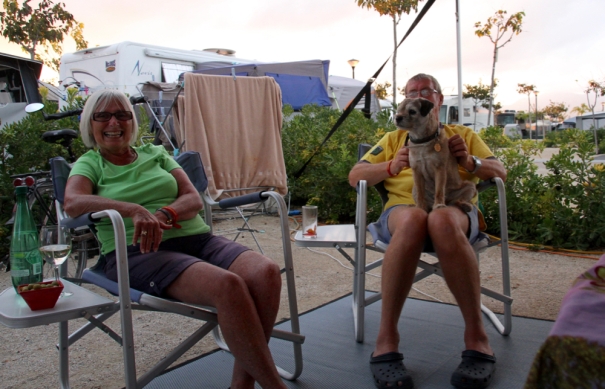 We’ve had a few evening drinks with Adrian and Jan, our neighbours. Colin is trying to persuade Adrian to feed him tapas, using the jumping up and looking cute technique. 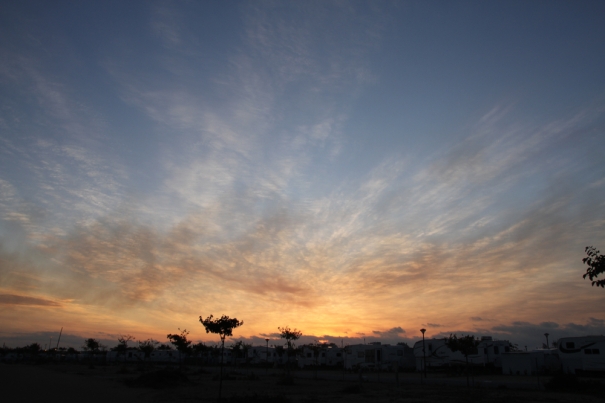