Home › - France › Camping It Up in Parentis-en-Born

Camping It Up in Parentis-en-Born

Lake Biscarosse Parentis is about 100 miles south of Hourtin; we drove here on Wednesday and spent the night on the aire at Gastes.

The aire was popular but we got here early and found a pitch overlooking the lake and about 50 metres from a quiet sandy beach. We took the Krays for a gentle cycle along the piste cyclable which runs through the aire and then follows the lakeside for a mile or so to another aire, at Ste Eulalie.

There is a small dock by the aire with an armada of small pleasure craft. 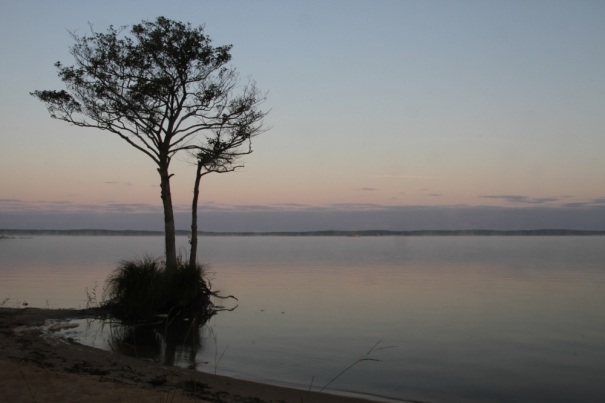 Early Morning on the Lac

After I had taken a few early morning snaps I cycled to the epicerie, which is a couple of hundred meters away, along this pretty flower and bush bestrewn path. I bagged a baguette and pain au chocolate….Quel decadence…for the crew’s breakfast.

Biscarosse has a seaplane base and we watched a couple of aircraft doing whatever the nautical equivalent of circuits and bumps is….circuits and splashes perhaps.

For the next night we moved down to the aire at Ste Eulalie-en-Born. This is basically just a field, close to the lake. It is very quiet….all you could hear at night was a couple of owls hooting at each other. We love these basic no frills aires, bang in the middle of the countryside. 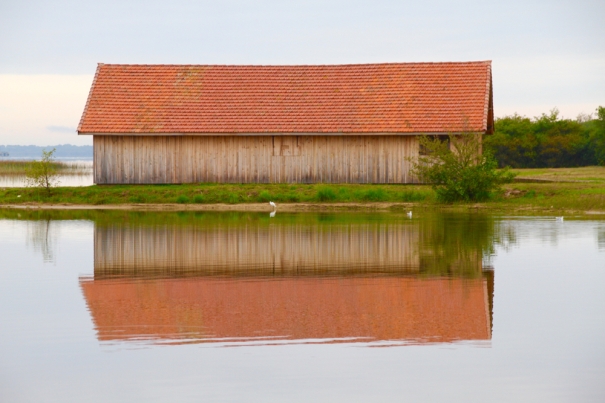 While at the Gastes aire we had met Dave and Judy, a couple originally from Devon who now live in an old farmhouse in the Lot and Garonne department, a bit south of Bergerac. We had arranged to cycle with them to Parentis-en-Born, a town 8 km further up the lake, for a spot of lunch. We aimed for the église, generally a good marker of the centre ville, parked the velos by the church then parked ourselves in a busy little restaurant in the Place General de Gaulle.

Our Waiter in Parentis

This is our delightful waiter, who was as camp as a row of tents. He presented us with a non-stop stream of back chat, repartee and entertainment. In a mixture of languages. Knowing full well we were British he delivered the menu in fluent ( as far as we could tell) Italian.

After the meal I asked him to take a picture of us all whereupon he flounced out, muttering something along the lines of not being a photographer. He soon flounced back and took a selfie (see picture above…), before snapping the group. 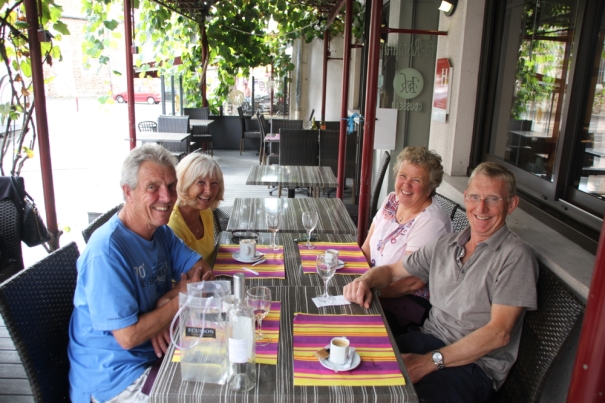 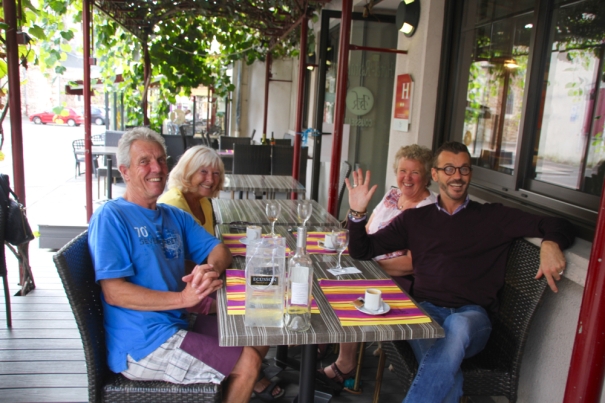 We dawdled round Parentis after lunch, raided superU for the wherewithal for a barbie or two (good forecast) then cycled slowly back to base. Tomorrow….a visit to the aire at Navarosse, just up the road, for some canoeing.

6 comments on “Camping It Up in Parentis-en-Born”