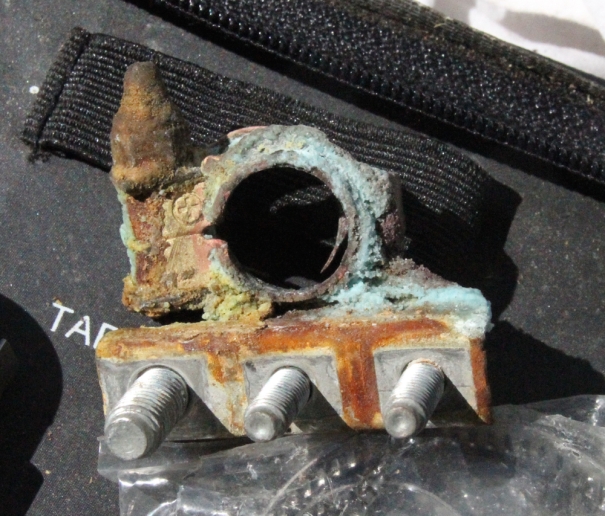 To add more detail to our journey here, the channel crossing bit of the trip to France wasn’t quite as straightforward as it might have been.

We were parked right at the sharp end of the ferry, as previously noted, in prime position for sweeping in to France at the head of a convoy of cars, lorries, motorhomes and other vehicles. That is if your engine starts, which ours didn’t. Considering we were blocking everyone in, the Brittany Ferries staff were remarkably calm. We weren’t.

Rather than just shunting us over the side, like a lame plane blocking the flight deck of an aircraft carrier, a jumpstart was arranged almost before “Il ne marche pas” left Nia’s lips and we were away. We drove 150 odd miles to Le Mans without daring to stop the engine but despite this, and an overnight charge on the campsite hookup, the battery remained as dead as a Dodo and as flat as a Crêpe.

The battery in Mavis is well hidden, behind a wiring loom, several struts, the air cleaner and much air ducting. And, as the picture above shows, the positive terminal clamp (the furthest one away), was corroded into a solid lump of gunk and effectively welded to the battery terminal. 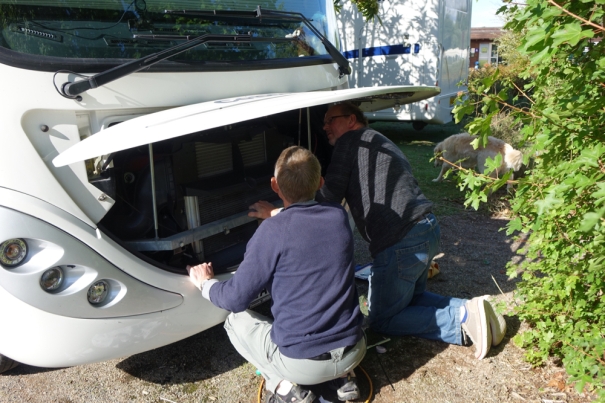 Luckily for us, Alan and Joy were in the vicinity and drove in on Monday to bail us out. Alan is a very skilled mechanic and managed to free the welded connection and deliver the battery from the bowels of the engine compartment. He then drove us to the other side of Le Mans to pick up a new battery and terminal clamp and refitted our sparkling new battery…… 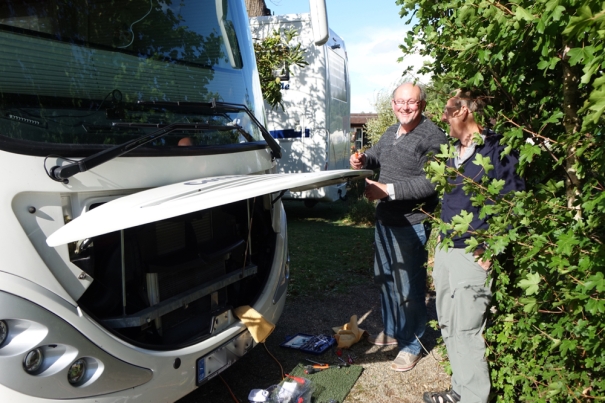 Job Done…Time to open the wine.

The trip down from Caen had been enlivened by a tub of home made celery soup jumping out of the fridge onto Nia’s new turtle mats. The day before a chicken tikka masala had done the same trick, and exploded on the floor. This all prompted a visit to the camp washing machine and dryer. Nia reported that you get a good tumble for your money here. Which can’t be bad. 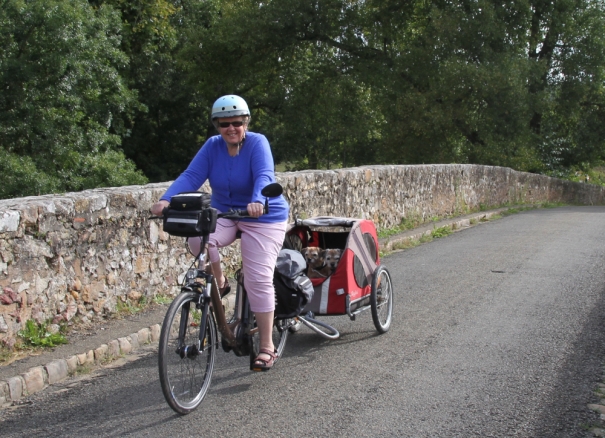 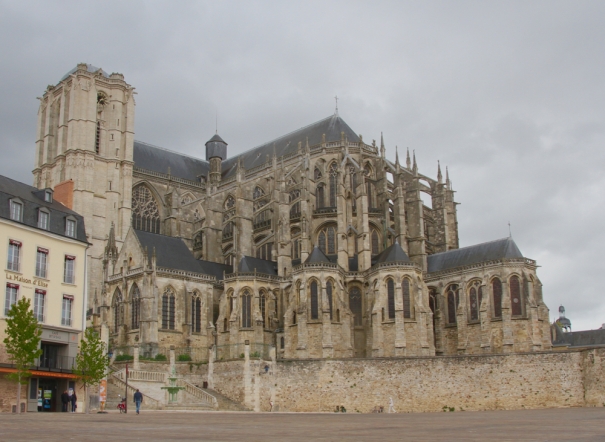 On the Tuesday we cycled in to Le Mans along the D301…there is a good cycle path for much of the 6 miles or so..and left the bikes in the Place St Michel overlooked by the massive cathedral. 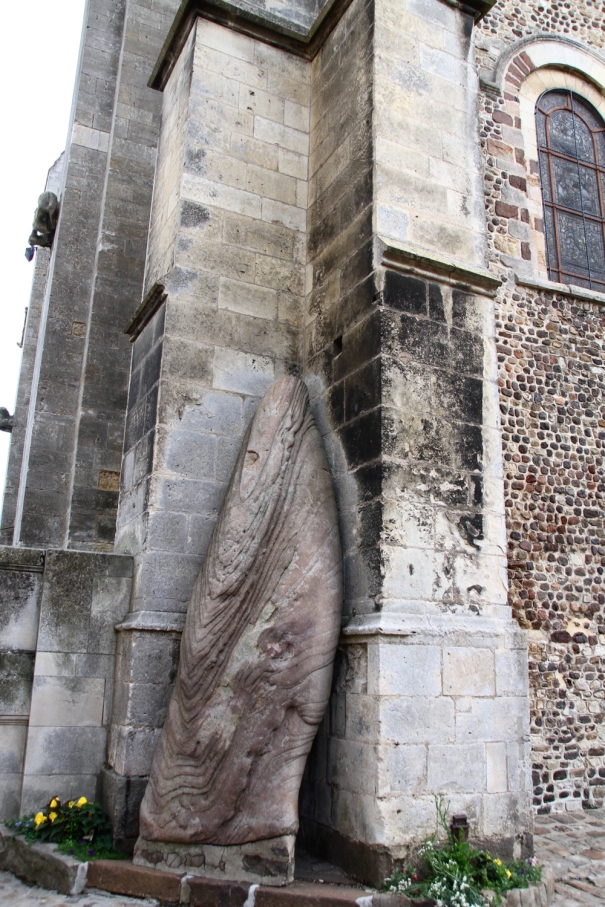 There is a standing stone or Menhir, erected about 6000 BC, nestled up against a corner of the cathedral that was built 10,000 years later. 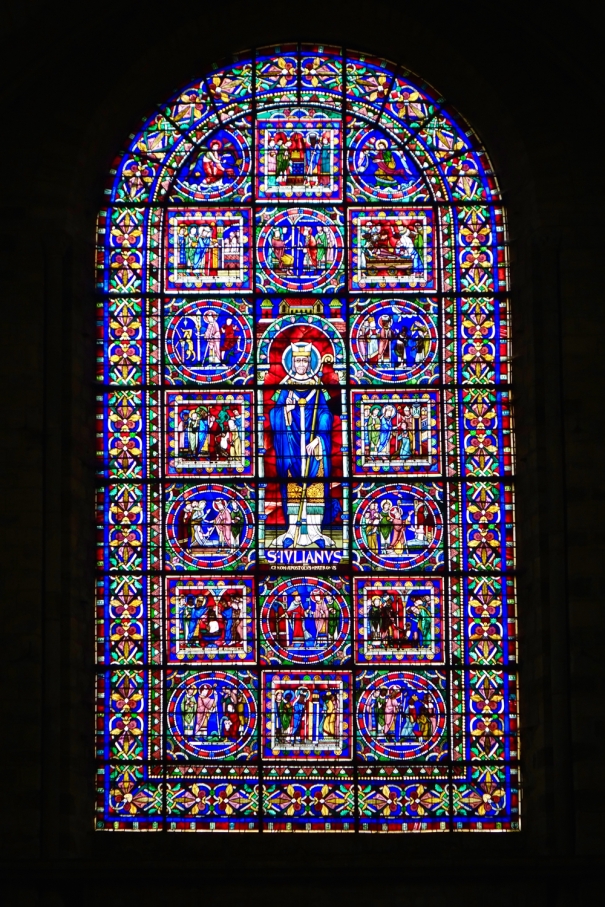 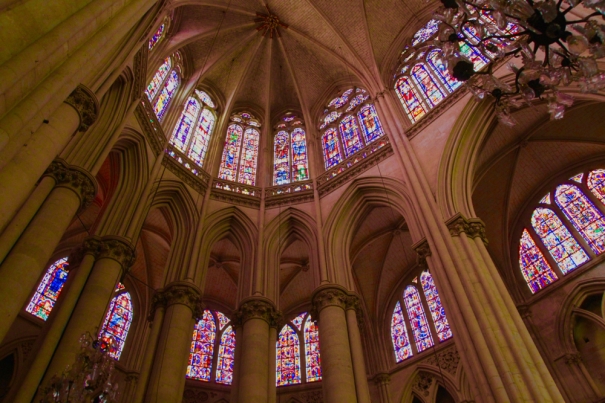 One of the largest cathedrals in France, there is a lot of impressive stained glass in the 108 windows. Some of this bling dates back to the 11th century.

There is much English history here. The first Plantagenet, Geoffrey the Handsome (not a modest man) married Matilda heir to the English throne (a good catch) here in 1128, and 5 years later the future Henry II was baptised in the cathedral. 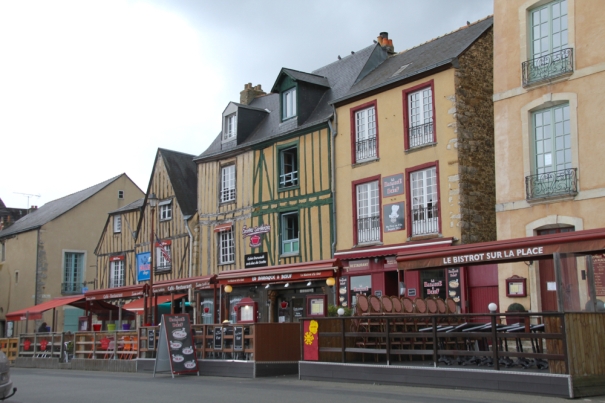 We had lunch here with Joy and Alan…a good blow out washed down with a bottle of the local white wine. 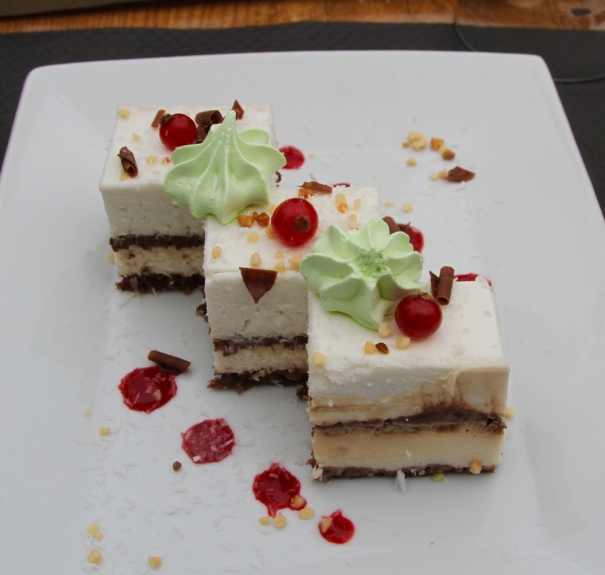 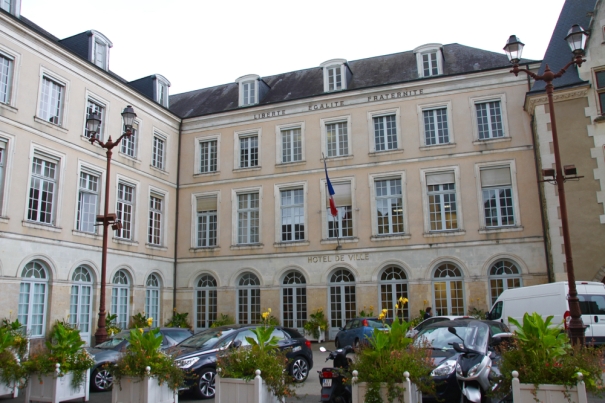 Opposite the restaurant is the Hotel de Ville, birthplace of Henry II a few centuries before it became the town hall. 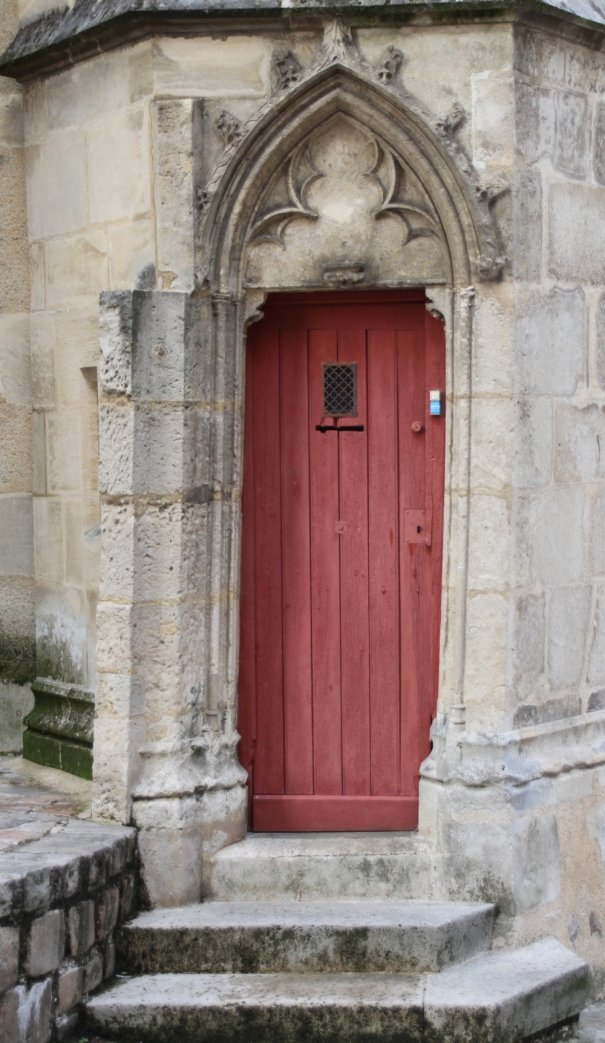 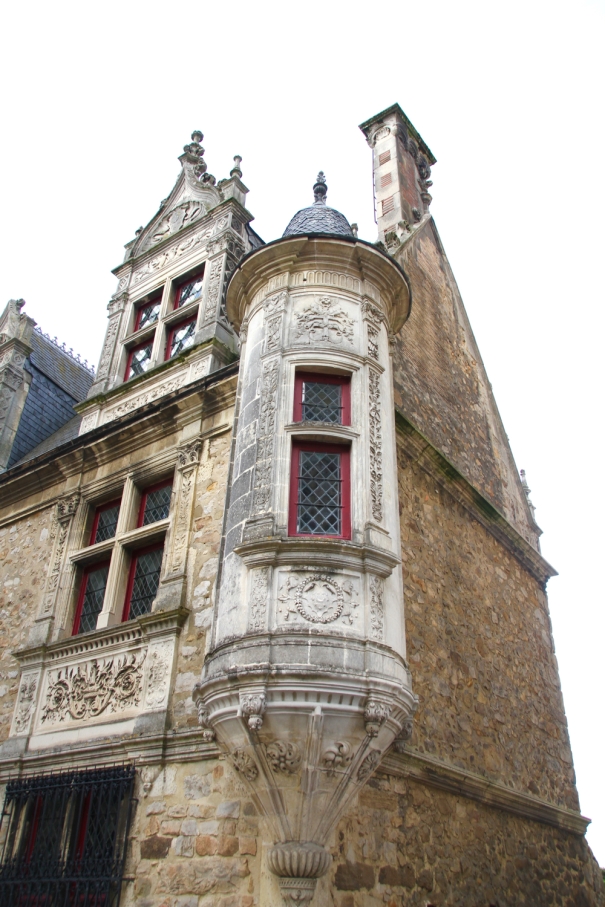 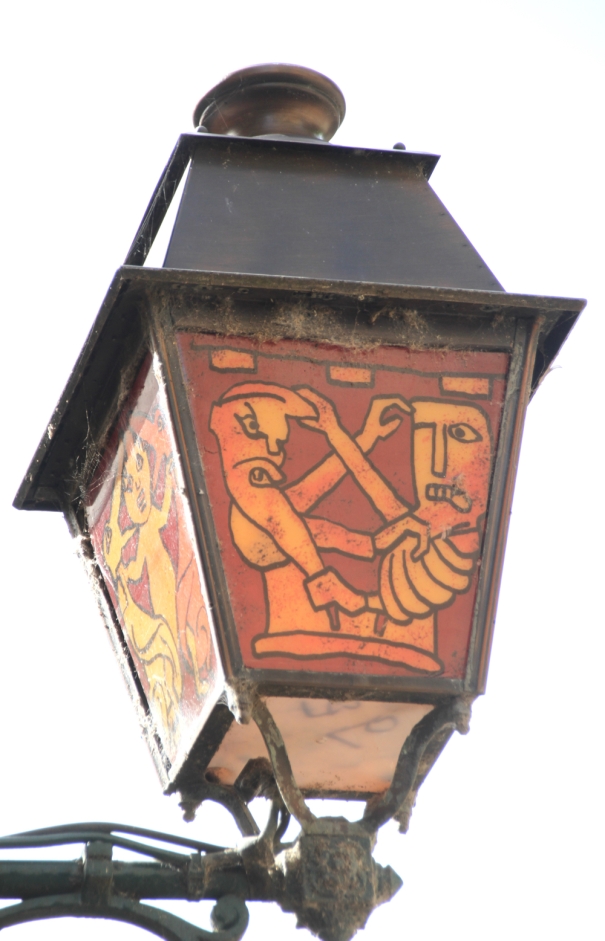 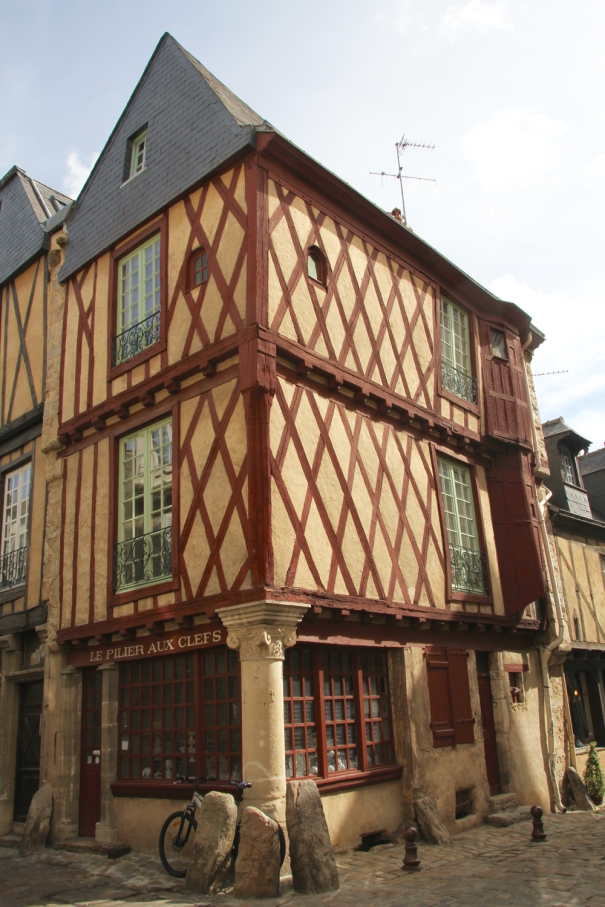 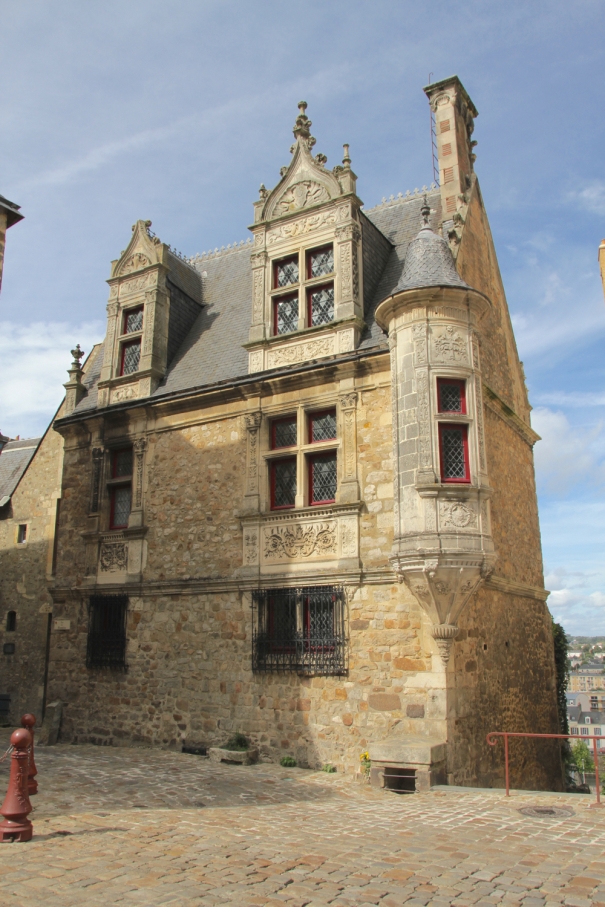 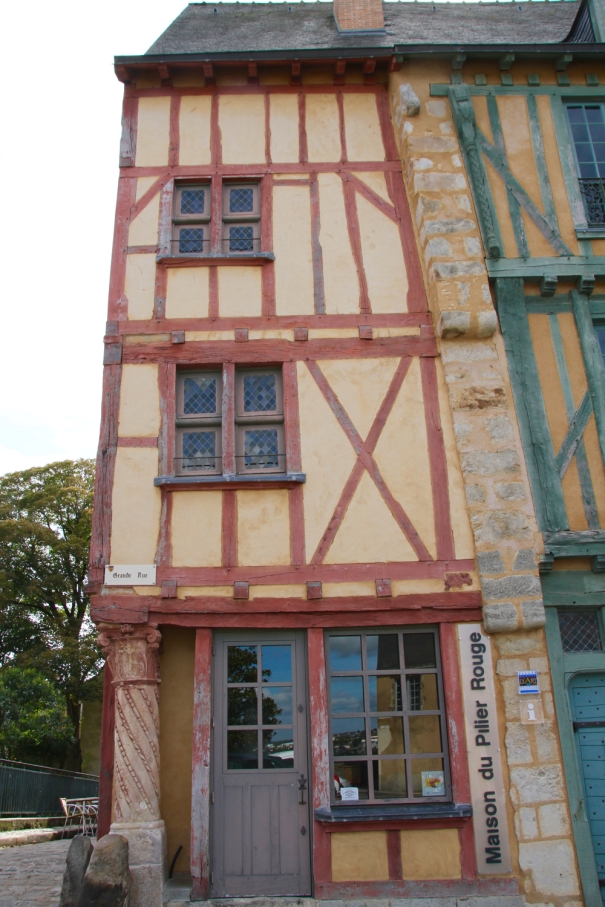 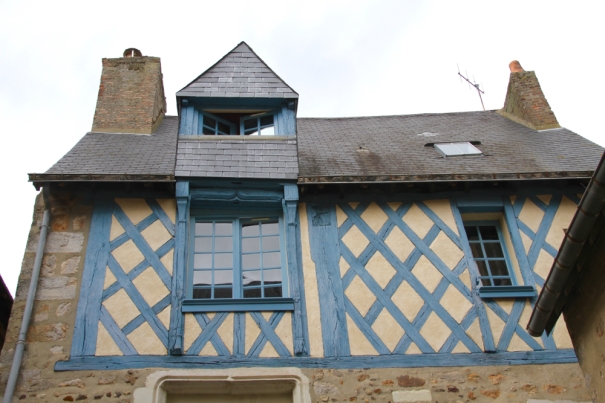 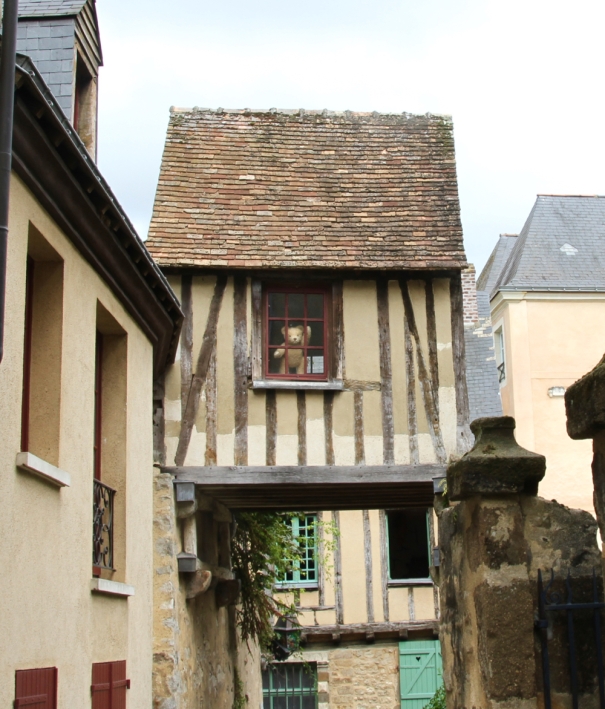 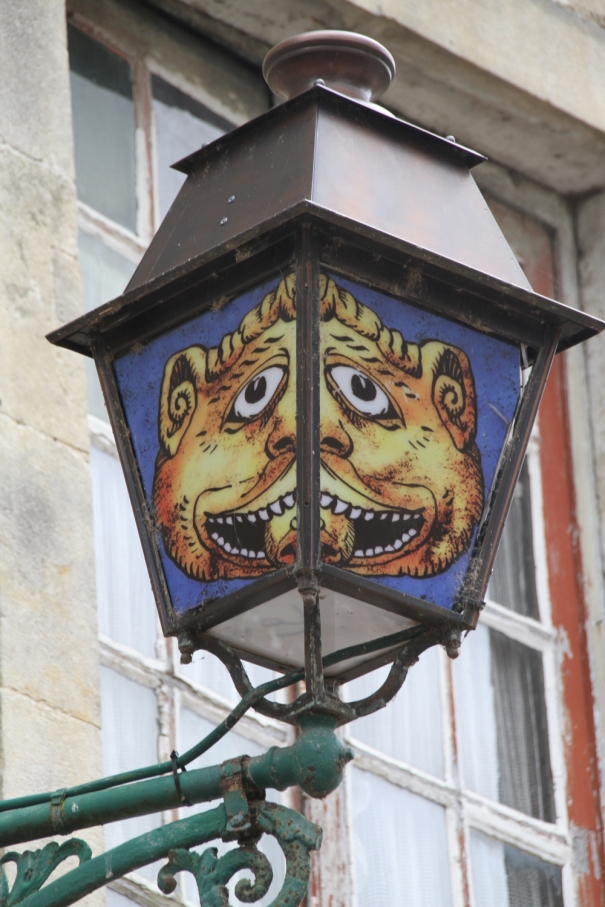 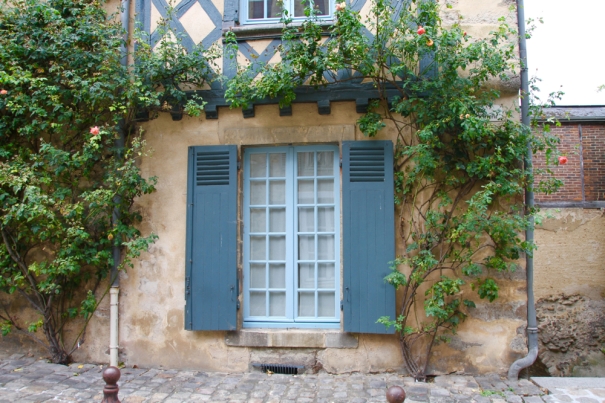 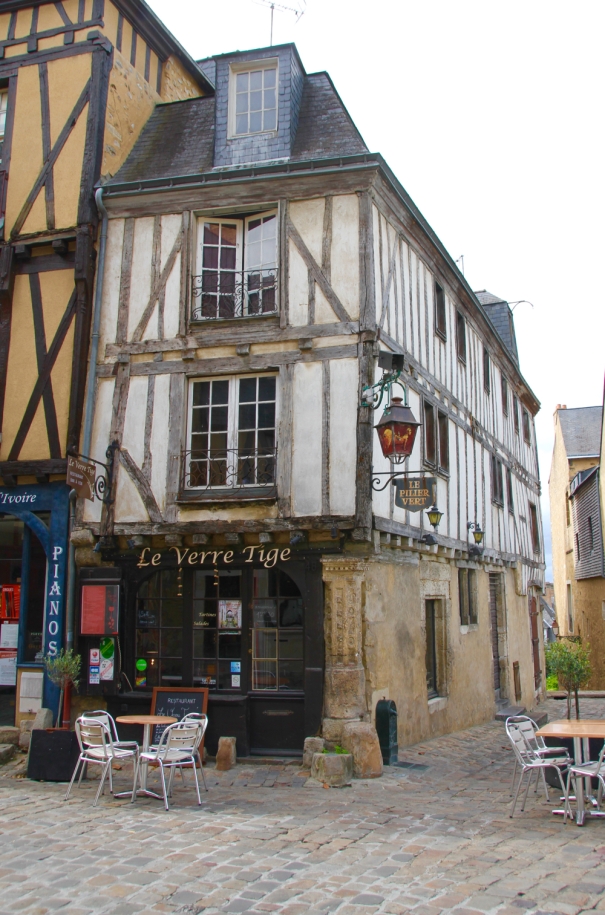 There are over 100 well preserved medieval houses extending down from the cathedral, next to the River Sarthe and making up the pretty Plantagenet City. 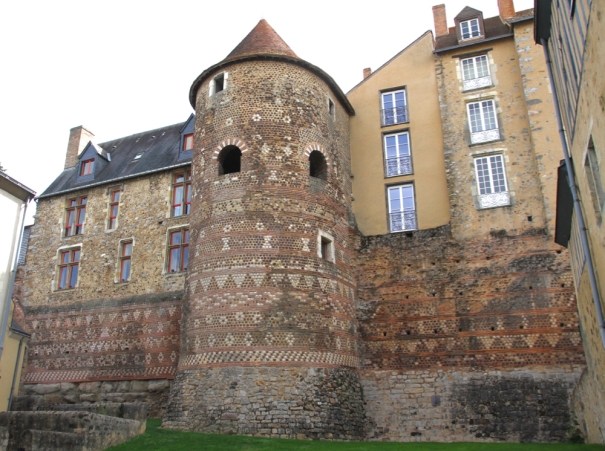 We finished the day with a walk down to Roman Le Mans. Augustus founded a Roman city here in 20BC, well before Geoffrey the Handsome got here. There are a few impressive chunks of wall remaining around the old city.

10 comments on “Geoffrey the Handsome”