Cross the Rhine with Dry Feet

On Sunday we drove out of Belgium, across a bit of Holland and into Germany, ending up on a stellplatz at Remagen, on the Rhine. 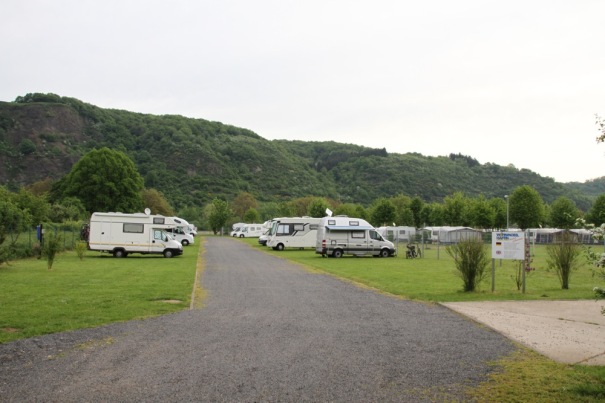 The stellplatz is just next door to the Golden Mile campsite. 12 euros a night, and only a few yards to the cycle track along the Rhine. 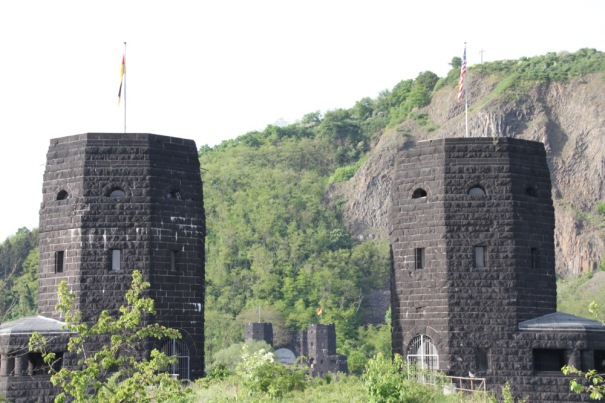 Bridge Towers on the east bank

Remagen became famous in the closing stages of the second world war for the strategic importance of its bridge.

Story of the Bridge

The plaque tells the story. There is also a museum, now called the Peace Museum, which occupies the two west towers and contains much of interest, with a lot of English translations.

I met a couple from Bonn, who had driven up with their son in their beautifully restored jeep for the day. It was a 1943 model which they had tracked down and bought from France. 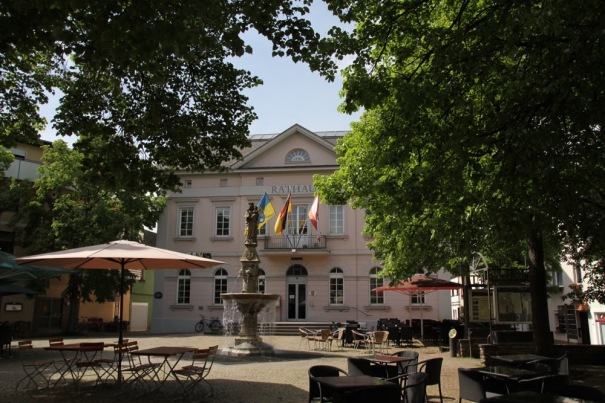 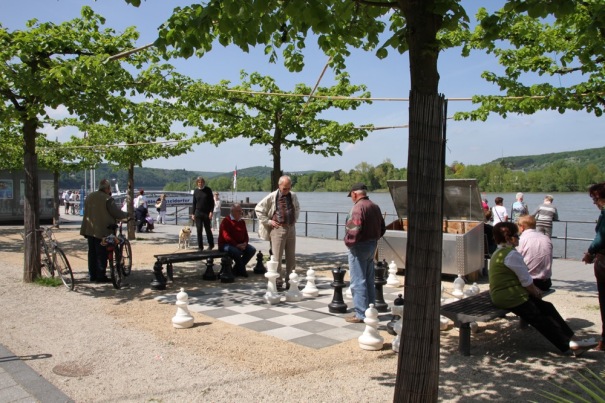 Remagen is a pretty town with a long waterfront covered in cafes and restaurants.

We cycled 6 miles or so down the Rhine, past a succession of pretty villages and towns. It was too far for the dogs so Penny and Colin’s chariot was coupled up and they had a low effort sightseeing tour….just what Colin likes. 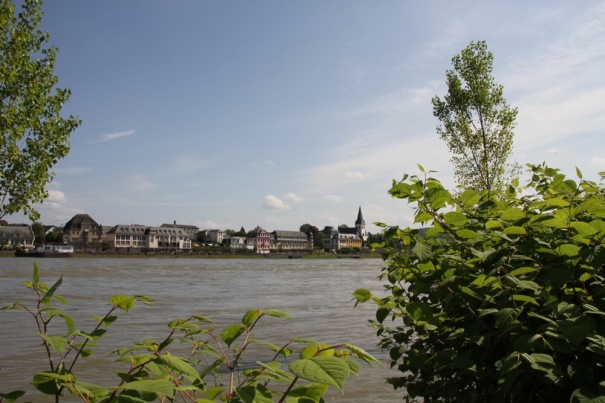 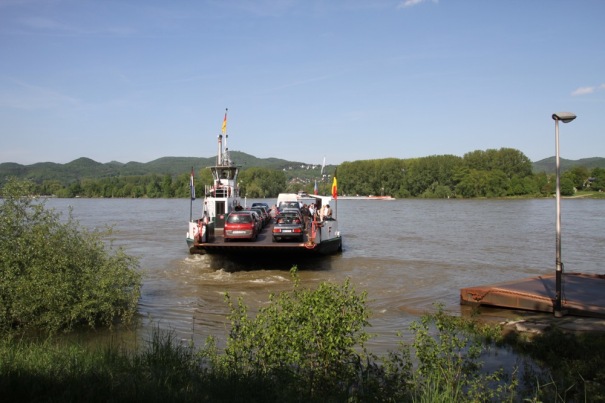 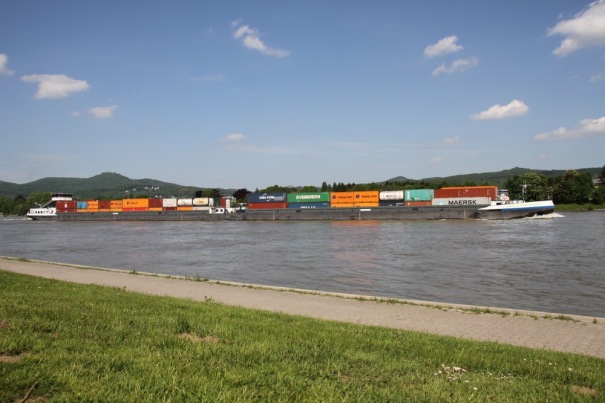 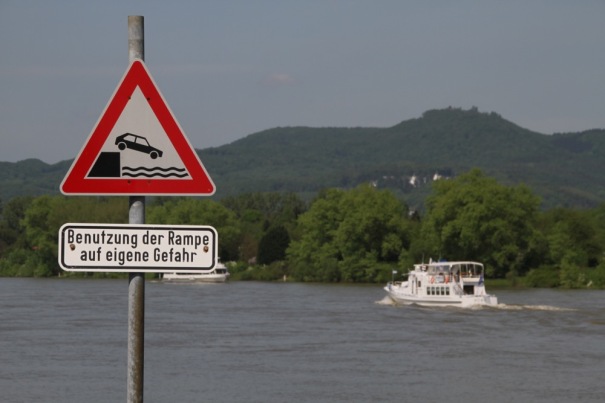 There is plenty of river traffic to watch along the way.

This is the Moby Dick, which plies it’s way back and forward from Bonn.

Crossing the Rhine. Not. 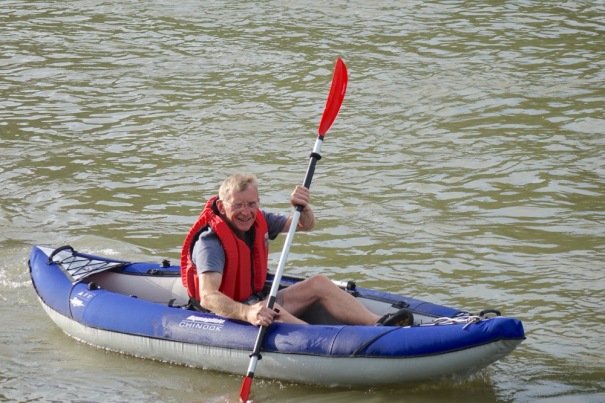 After the bike ride I gave the new toy it’s first continental outing, keeping well out of the way of the barges.

The next day we walked up to the imposing church on the hill above Remagen. Built between 1839 and 1842, in the neb-gothic style, it is called the ‘Appollinariskirche’

It was a hot day; we had to stop for ice creams on the way back.

After two days at Remagen we set out for Rudesheim which is 60 miles further up river.

2 comments on “Cross the Rhine with Dry Feet”