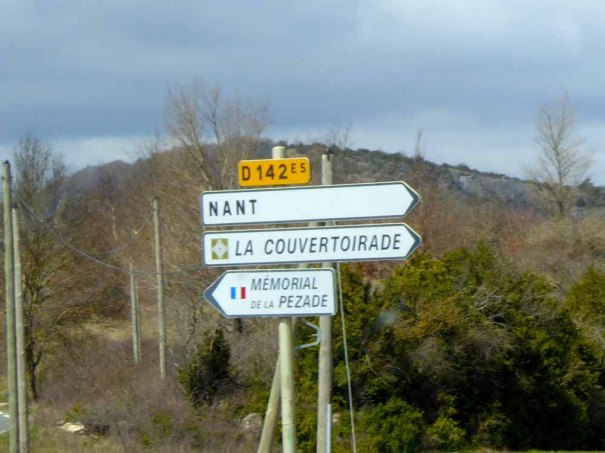 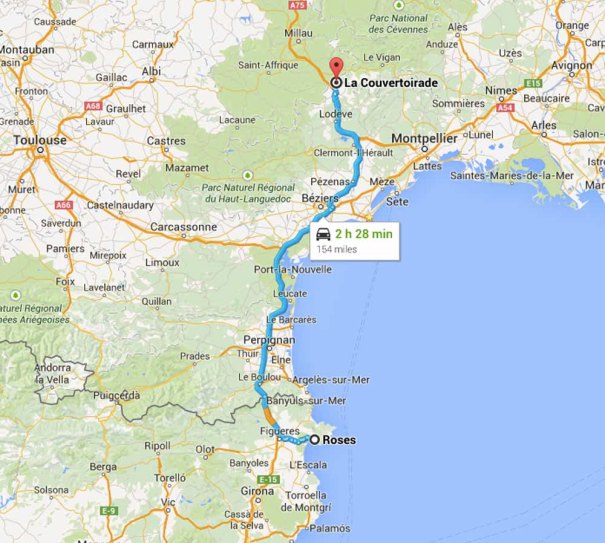 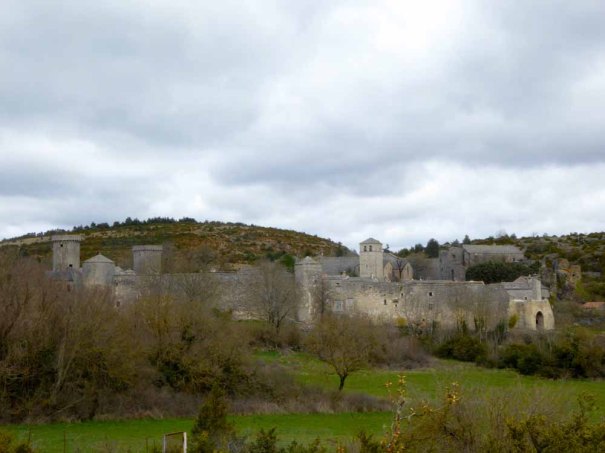 This is the view of La Couvertoirade from the aire. 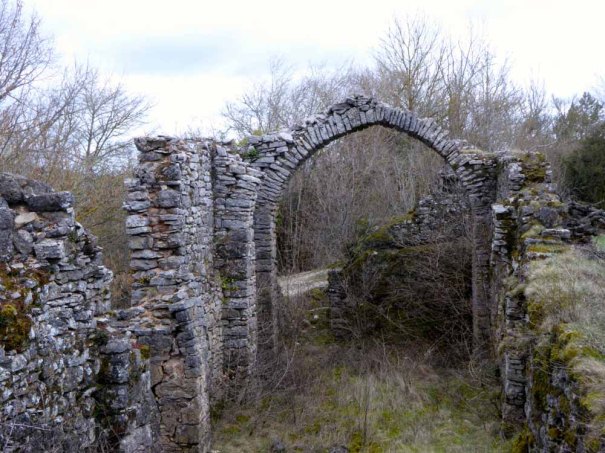 Ruined Arch by the aire. 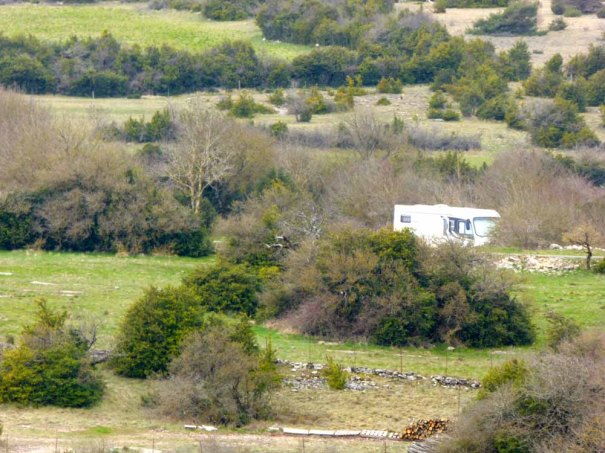 Mavis in the Aire 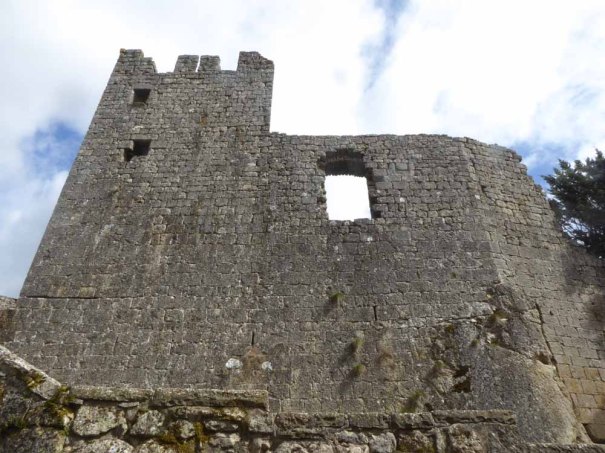 The Knights Templars settled here in about 1200 and built a fortress on the solid rock here; on the Larzac plateau of the Aveyron. The village is unusual in that it is the only village in Europe, apparently, without a Spring. All the roofs, gutters and gently sloping streets were designed to funnel rainwater into the ‘Conque’ a large natural subterranean rock pool behind the church. 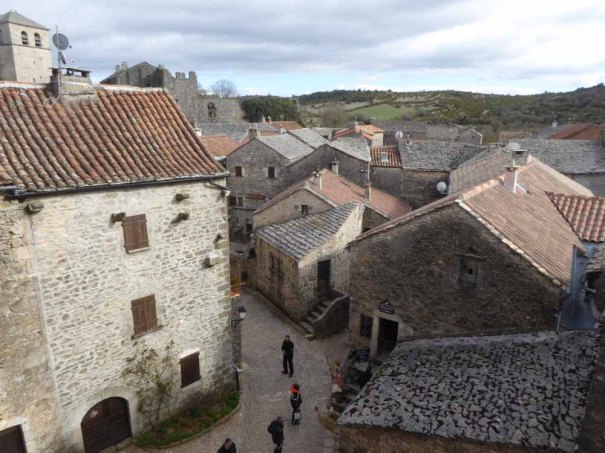 View from the Ramparts

The narrow streets are now packed with shops selling local foods and other temptations for the tourist, and a good sprinkling of restaurants and cafes. 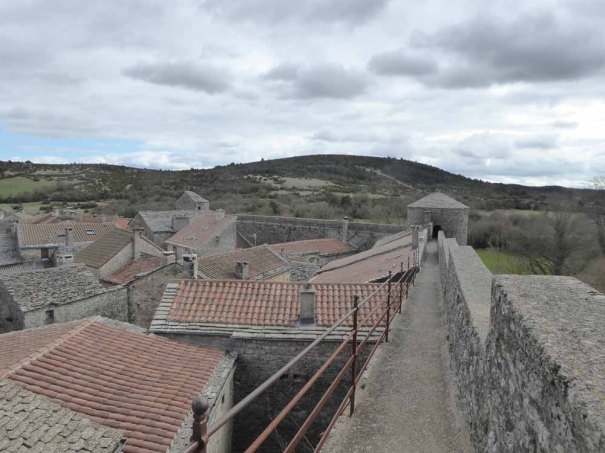 It is worth taking the tour of the ramparts (€3) for the view of the roof tops and an excellent short film about the history of the village. Spinning wool was a major occupation here for many centuries and the shepherds, each with several dogs, would teach each of them in a different language. So French speaking Fido would move left on the command ‘A gauche!’ but English and Spanish speaking Ted and Miguel would ignore the command. Any commands where all dogs had to respond were done with whistle language. Clever. 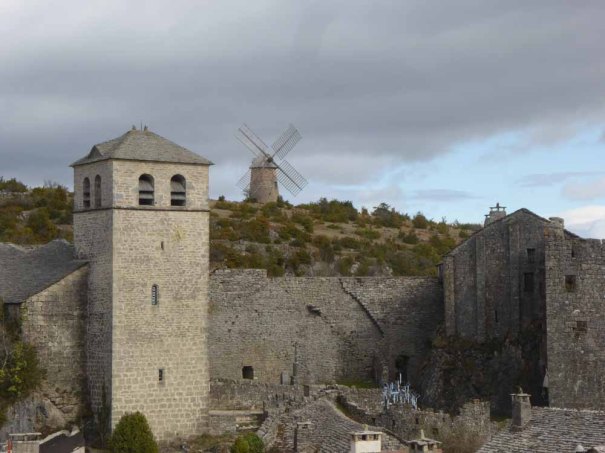 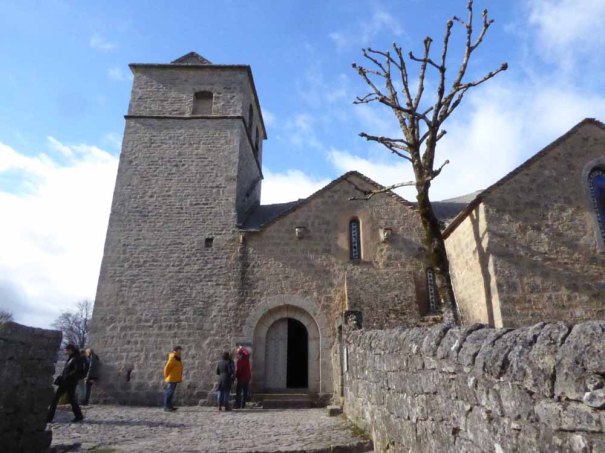 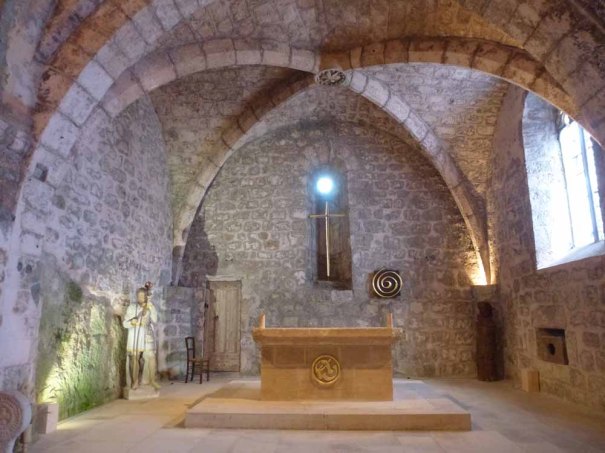 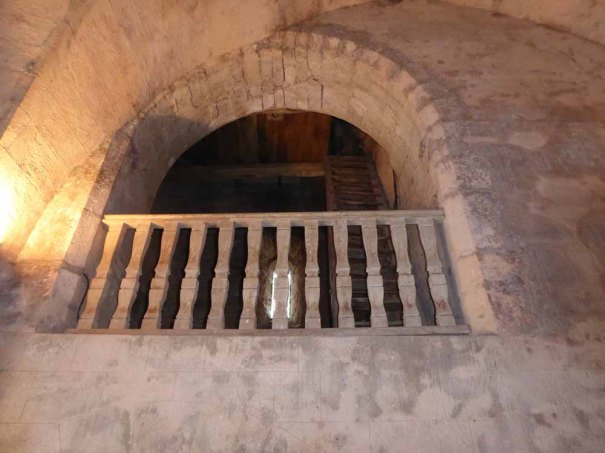 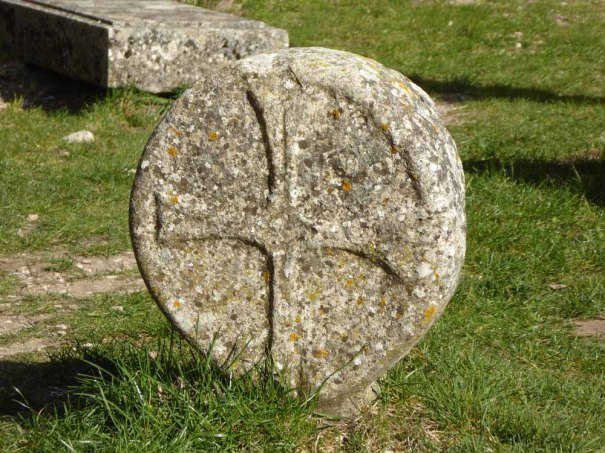 Cemetery with Templars Cross on Headstone 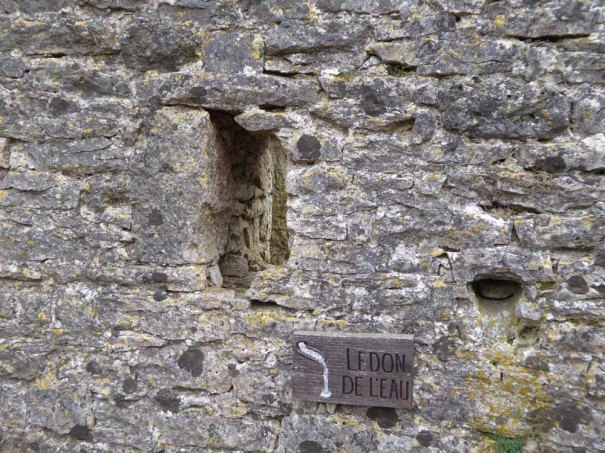 In times of conflict the village doors were barred but passing travellers, once identified as friendly through the larger hole, were given water which was poured through the smaller hole for them. You’d have to be ready with a cup or dish or it would just end up on your head. 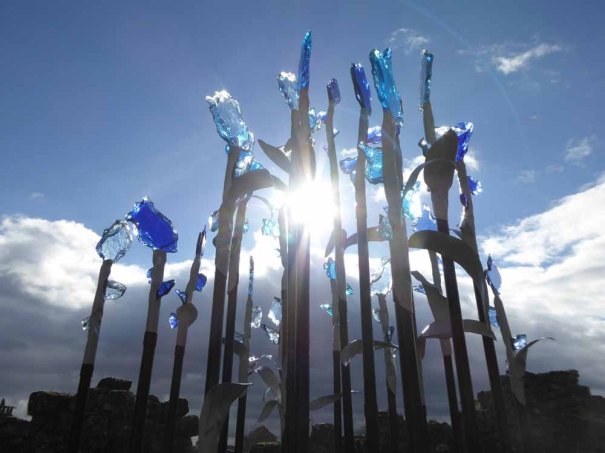 There is a modern glass sculpture by the church. 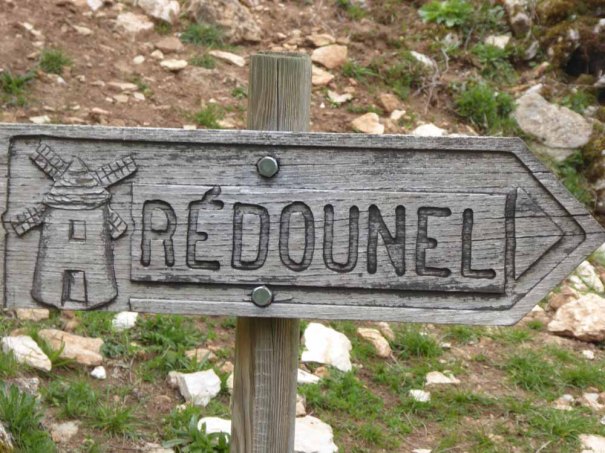 This way to the Windmill 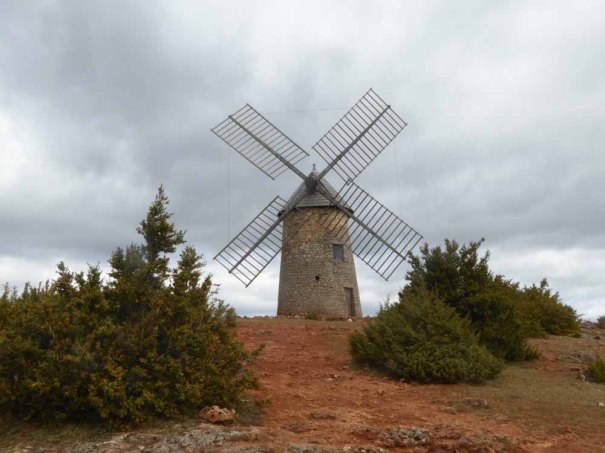 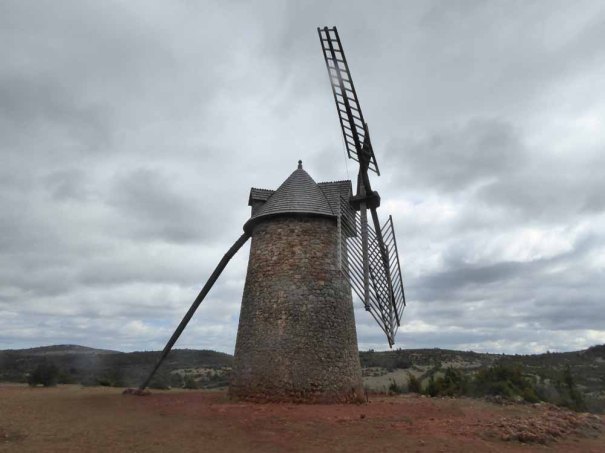 There is a windmill overlooking the village. You have to push on the long tiller poking out the back to move the sails to face the wind.

So it is a great overnight stop, plenty to see and plenty of wild ground to walk the dogs. We will move a bit further up the road on Sunday.