As you can see from the clothing tastefully draped around Mavis, we have had a serious washing day. Nia did the washing bit, I was in charge of watching it dry in the hot Spanish sun. So pretty fair division of labour there, and we got some reading done. Very relaxing but not really much to blog about.

Yesterday however we jumped on our bikes and cycled to Vinaròs which is a coastal town a bit to the east of Benicarló.

Our Cycle ride…the route is in red.

We passed this olive tree nursery with loads of olive trees, from small to huge, all in wire/landscape fabric baskets. Some must have been very old.

The route goes under a railway on the outskirts of Vinaros and the tunnel has been blocked to anything wider than a bike; we had to take the wheels off the dog cart to get it through. This performance held up a guy cycling behind us who turned out to be a Brit from Camping Vinaros. We asked him the way to the centre and he kindly took us a good cycle tracked route through the town to the seafront.

Cycle track along the seafront 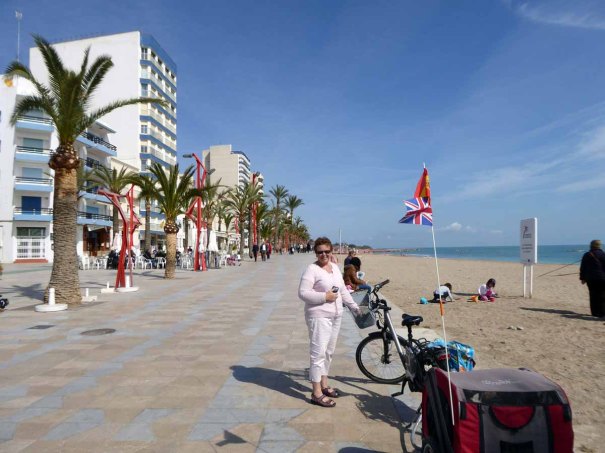 We stopped at a great restaurant on the front and did some serious work on the menu del dia. 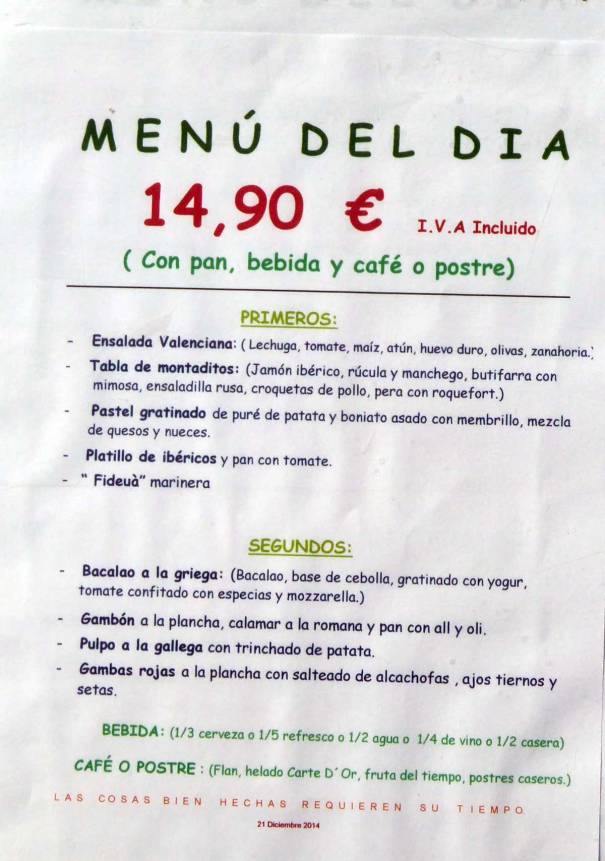 After lunch we ambled around Vinaròs which has some elegant old buildings, and a spectacular church.

We met this lot on the way home, with the shepherd busy on his smartphone…I wonder if he had some sort of sheep app?

Having cycled to Vinaròs along the side roads, through acres of orange and olive groves, we returned along a more mainish road…a bit more direct. It was about a 21 mile round trip, pretty level, so a nice days outing.

I met this fine chap on the evening dog walk…some kind of partridge?