On Sunday we drove the 275 miles from Ruynes en Margeride to L’Estartit, in Cataluña. 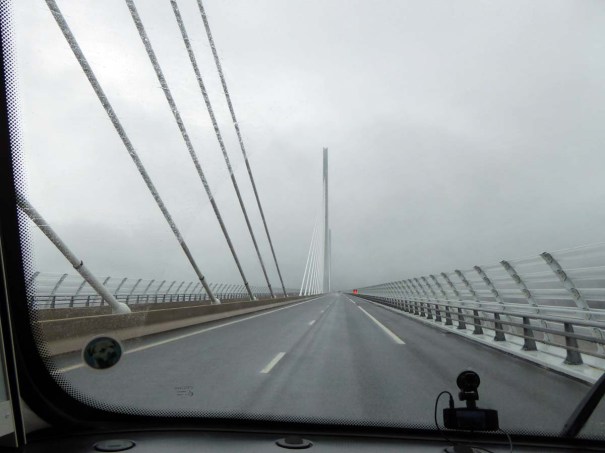 Millau Viaduct in the Fog

We set off in the fog and rain and hit the sunshine around Beziers, where we turned right towards the border.

We stopped for lunch just past Narbonne….Penny kept a lookout for anything dodgy while we ate. 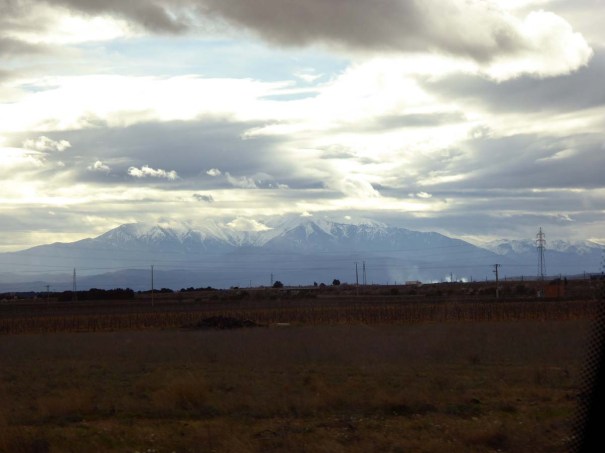 Heading east along the mediterranean coast of France. There has been a lot of snow down here a week or so ago apparently and the skiing has been good.

This is the border town of Le Perthus…full of Sunday afternoon shoppers nipping over the border for a bargain and very busy. There were long tailbacks heading back into France from Spain. Next time we’ll take the péage for that section. It was very tight in the town but we didn’t lose any paint.

There is all sorts of stuff for sale close to the border but I wasn’t allowed to stop. 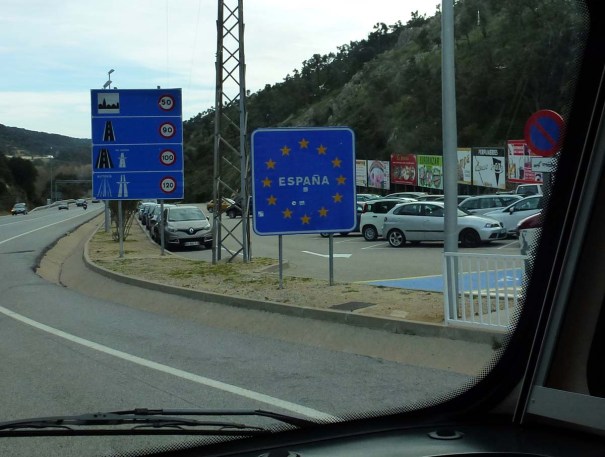 We crossed into Spain mid afternoon and headed for Camping les Medes, a site we like in L’Estartit which is in NE Spain, just down the cost from L’Escala and close to Figures. 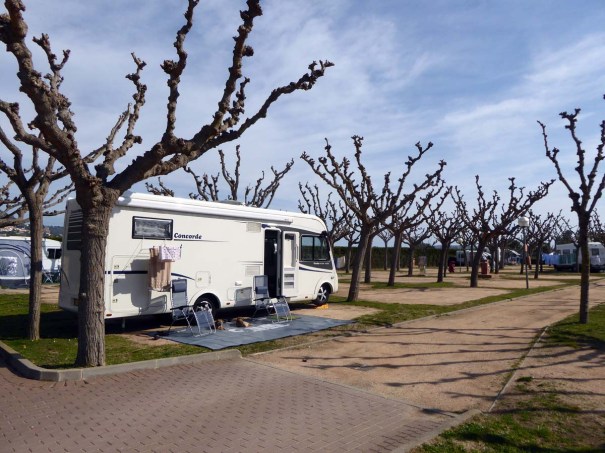 Parked up facing south for the first night in Spain.

We walked along the beach the next day for lunch at L’Estartit. The Islands behind me are Les Medes, from which the campsite takes its name. 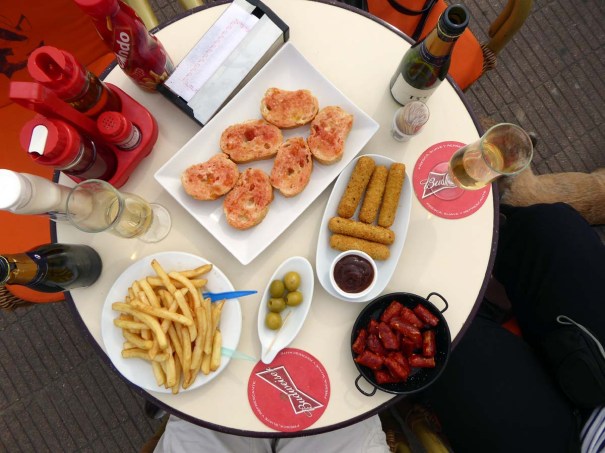 Lunch….a selection of tapas. Sorry to add yet more pictures of food. Our trip has been christened the gluttony tour by one of our so-called friends back in the UK. 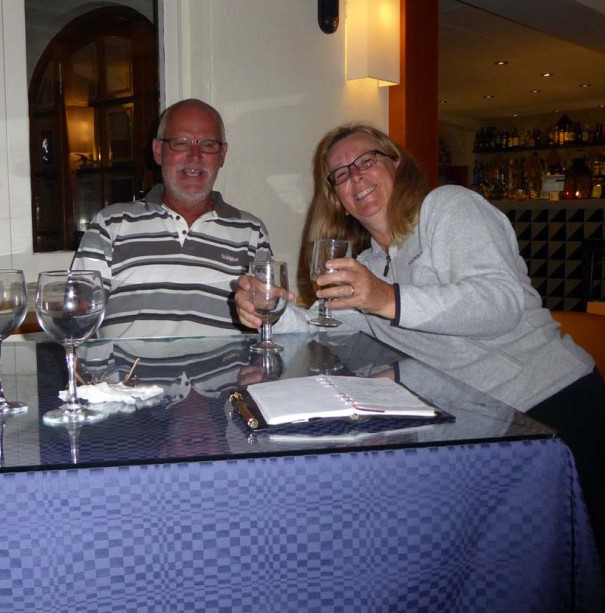 We met a delightful couple….Nick and Jenny…. that evening and traded ideas on places to stop in France and Spain.

With rain forecast we headed off the next day to Benicassim, a small town close to Valencia. We had planned to stop at Bonterra Park, a campsite close to the beach, but in the event it was almost full and we couldn’t squeeze in. It was a bit busy and tightly packed, not to our taste. We headed to Benicarlo, a smaller town a few miles away and have stopped in Camping Alegria.