We are at Marseillan Plage, a little further east along the med from Narbonne. We are staying at Camping La Plage (N 43.309738 deg. E 3.546116 deg ) E . This is, as its name implies, right on the beach and facing south east to give us some spectacular sunrises. 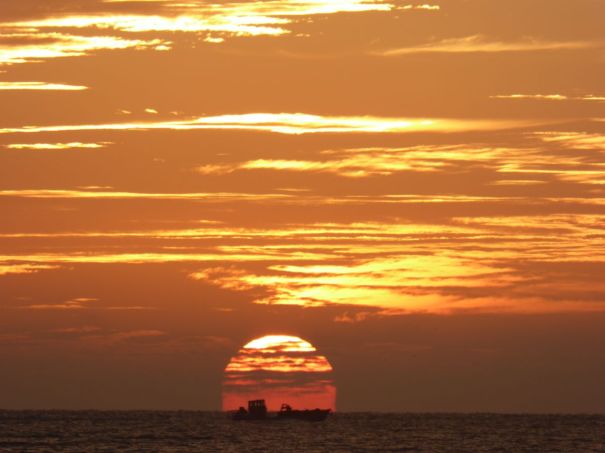 Sunrise over the Med

It was very windy on the first day and there was a bit of surf so Keith and I jumped in for a swim; it was surprisingly warm once you were in.

It proved a bit too windy to watch Downton Abbey on the first night and I was sent up on to the roof to try to fettle the satellite dish. 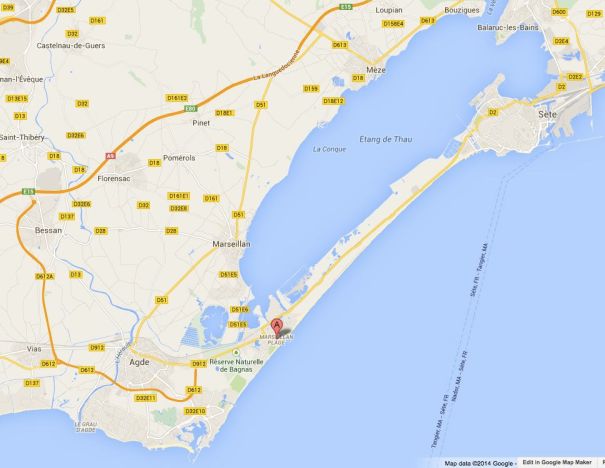 Marseillan Plage marked by the ‘A’

We cycled the 16 km or so to Sète on the first day, along a long smooth cycle track alongside the beach for most of its length. The track runs along the spit of land joining Marseillan Plage to Sète.

Aire on the road to Sète

This aire looks like a good place to stop on a future visit. Right on the Beach, about halfway between Sète and Marseillan Plage.

Sète from the end of the Breakwater

Keith seems to be walking on water. 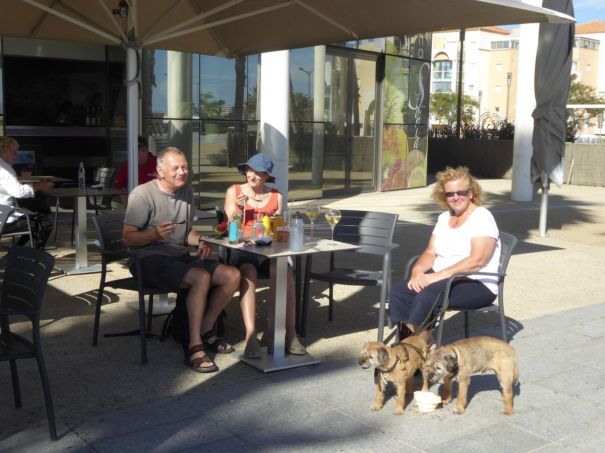 After 16 km we had to stop for a refuel at this beachside cafe. 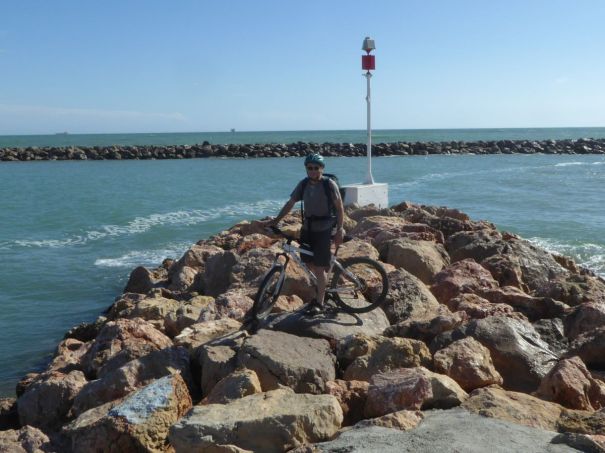 Keith going that bit too far. As usual.

We cycled out to the end of the Sète breakwater. 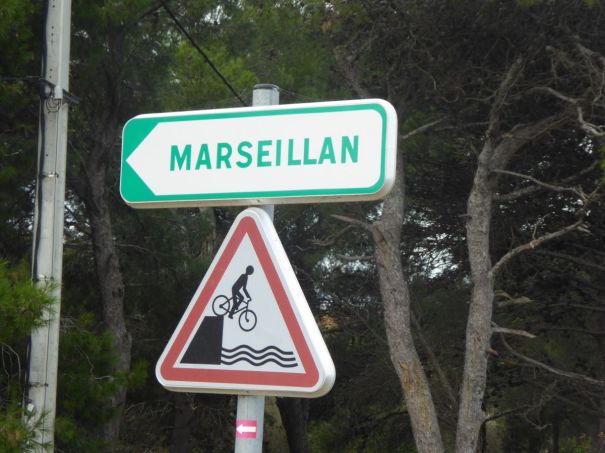 The next day we cycled to Marseillan village which is a few km inland from the campsite and marks the end of the Canal du Midi.

The boat is on the canal, as it runs in to the Lake. 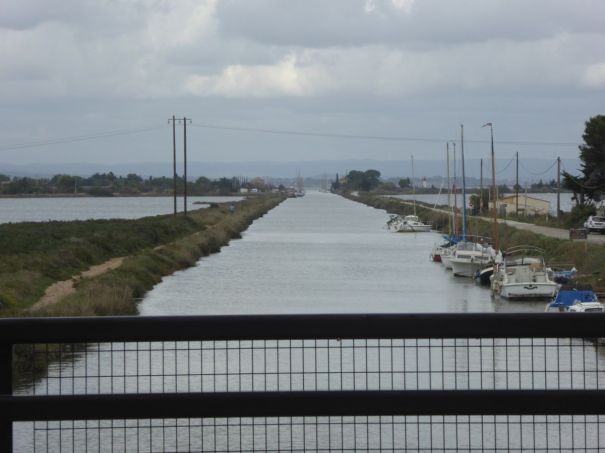 This is the termination of the Canal du Midi, where it runs in to the Étang de Thau which is the lake just inland of Marseillan Plage.

We found this park close to the village for lunch…baguette sandwiches. 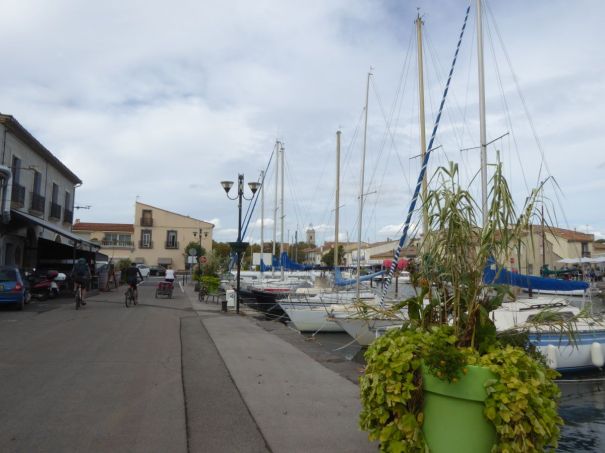 Keith got a puncture on the way back….this is us dangling the inner tube in the canal to find the leak. Jane is directing operations.

Penny was watching as well.

There is a local sport here which seems to consist of guys on long planks attached to boats trying to knock each other in to the water. A bit like punting on the Cam, after a few beers, just on bigger boats.

We cycled back via Agde and Le Grau d’Agde. This is a skilfully painted house in old Agde. Its not easy to work out which are the real windows….most are just painted on.

After a final refuelling stop at La Grau d’Agde we headed back to the site…rest day tomorrow then Aigues Mortes (that’s a place not a medical condition).