We left Brighton campsite at about 7.45 am for a short drive along the coast, past Roedean school, to pick up the Newhaven – Dieppe ferry which left at 10 am. 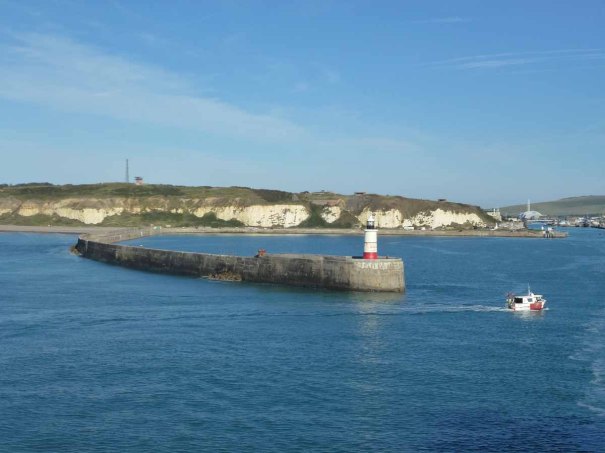 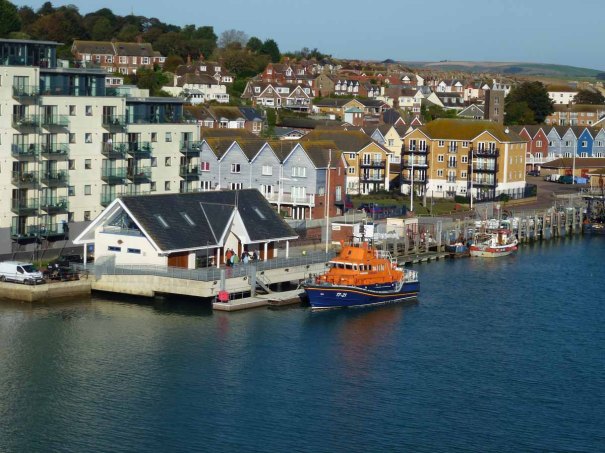 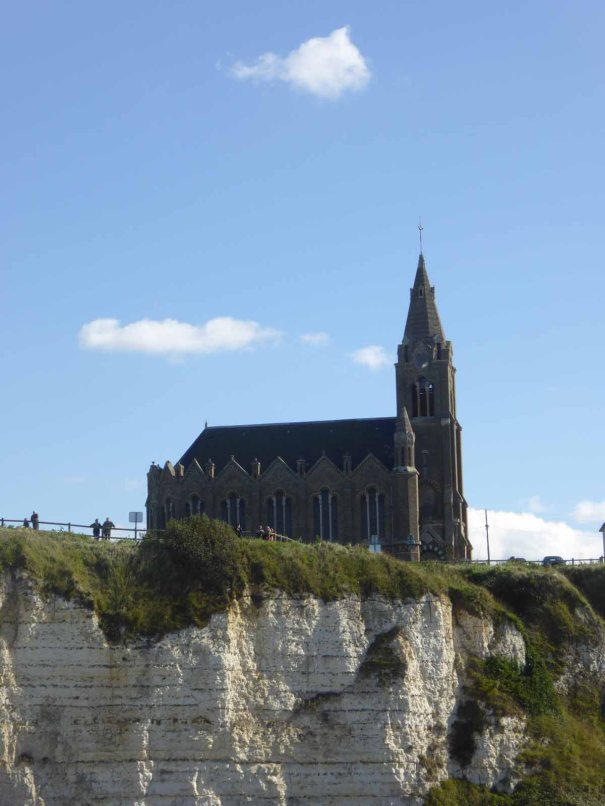 The Church at Dieppe

Fout hours later we tied up at Dieppe after a calm and sunny crossing, enlivened by a ‘Grande petit-dejeuner Anglais’….or a full English breakfast. Not very petit but very tasty.

We drove south , across the Pont de Normandie, and met up with our friends Keith and Jane at Bayeux.

We stopped at a Camping des Bords de l’Aure close to the centre of Bayeux and walked in to town through a park and along a river the next morning. 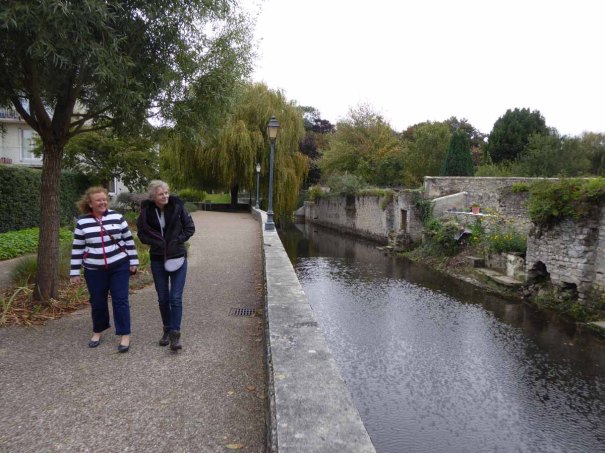 Half timbered house in Bayeux.

It was a rather wet day so we moved on quickly to see the tapestry..we got there about 9.15 and there was no queue to speak of but by 10 am there was a long queue…it must be heaving in high season.

The tapestry is amazing. Well preserved and well displayed it is mounted vertically at eye level and as you walk along the audio guide tells you the story as it is literally unfolded. The tapestry was sewn (in the UK) to commemorate the battle of Hastings in 1066, the last invasion of Britain, by William the Conqueror, duke of Normandy. It was returned to Bayeux because the Bishop of Bayeux at the time was William’s brother. The Bishop accompanied his brother into battle. Being a man of God he couldn’t carry a sword and draw blood so he used his mace…it was OK to batter the opposition over the head with a blunt instrument.
The commentary was lovely. At one point the horses boarding the invasion boats are noted to be smiling ‘because they were embarking in a just cause’. 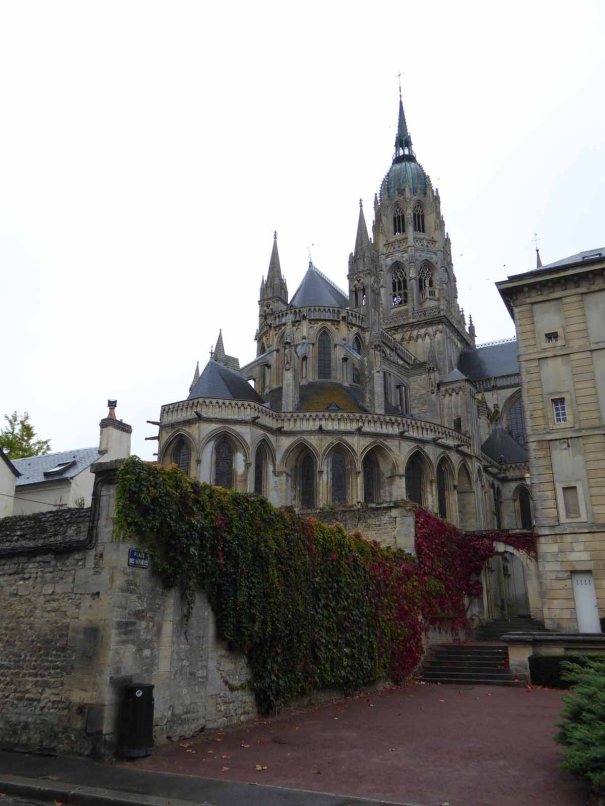 The rain was well set in by late morning so we returned to the site and headed towards Mont St Michel, our next stop.

9 comments on “Brighton to Bayeux”