On Tuesday we drove up to Heidelberg. We stayed at a slightly damp Camping Heidelberg; a grassy site on the River Neckar, about 5km from the centre of Heidelberg.

Our great friend Farshid has a house in Heidelberg and he spent the next two days showing us around this lovely historic University town. 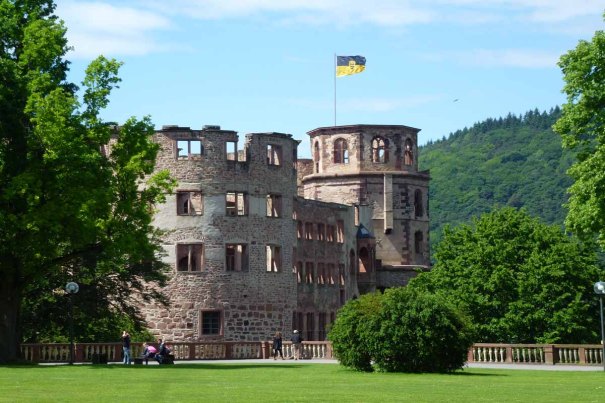 On the Wednesday we saw his old medical school, then went up to the castle which sits up on the north side of the Neckar valley looking out over the city.

This is the powder turret, riven by an explosion many years ago (and described in a travel book written by Mark Twain in 1880).

We had a sunny afternoon to explore the castle. 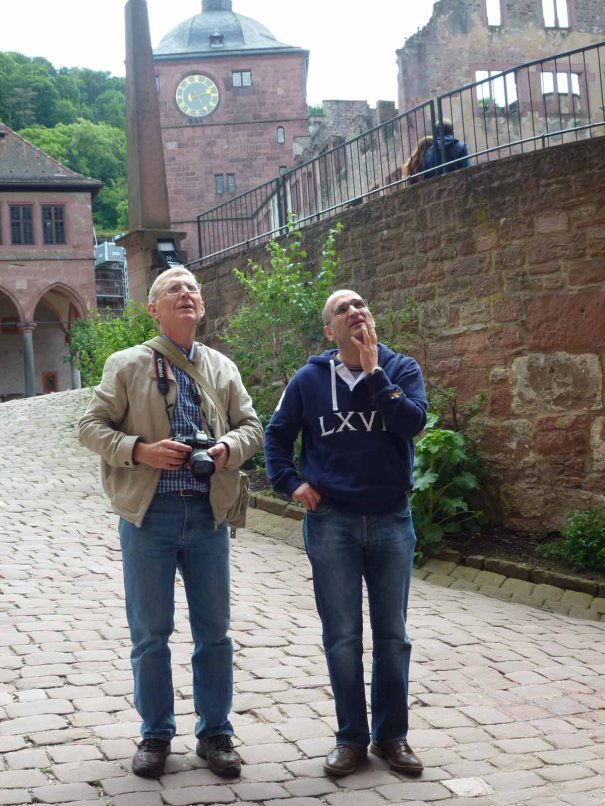 We are trying to decipher a Latin Inscription 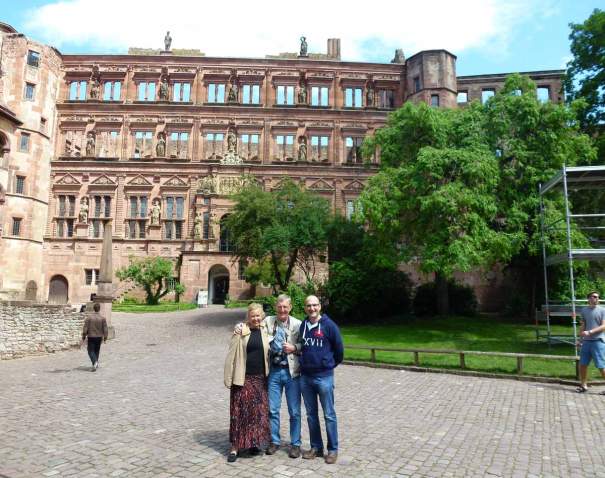 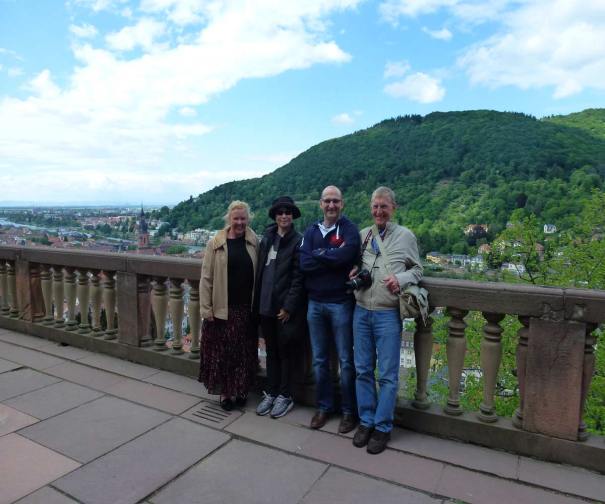 We met a charming lady from Hong Kong, Anniza Lee, who took some shots for us.

There are extensive gardens with some huge specimen trees.
There are several pools and fountains in front of an old underground reservoir which collected the mountain water.

Neptune looks at a bit uncomfortable here on a bed of rocks.

Now where did I put my valium? 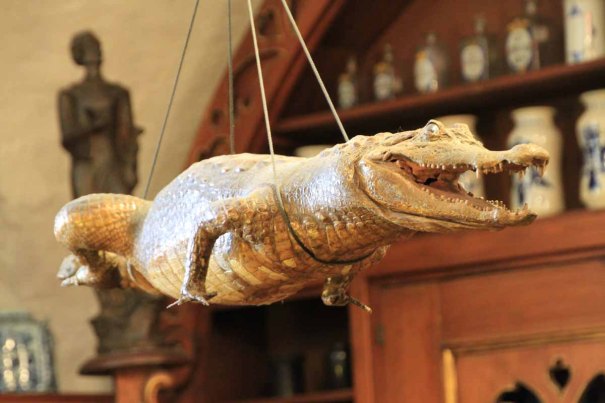 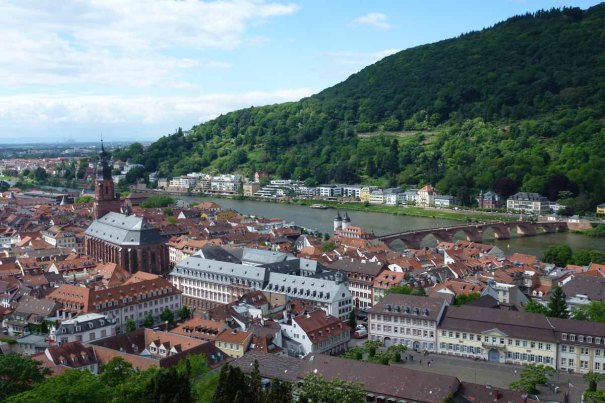 The Castle from the City

After looking round the castle we drove down to Heidelberg and met Farshid’s friend Peter for a drink. 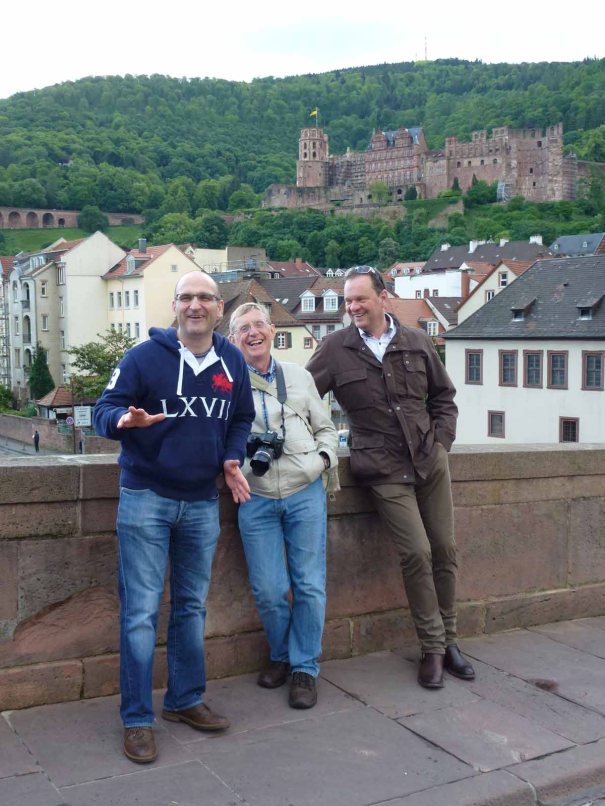 There is lovely old architecture everywhere you look; Goethe used to live in the house shown second left in this picture. Heidelberg was unscathed by the war, reputedly because one of the American Generals in charge at the time had a girlfriend living in the city.

Brewed on the Premises

We dropped in to this bar to try the local beer…cold, hoppy, slightly cloudy….delicious.

The Old Bridge over the Neckar.

The next day we visited the gardens at Schwetzingen, about 15 km from Heidelberg.

The well preserved castle in Schwetzingen is surrounded by many acres of beautifully manicured gardens, hedges and trees, interspersed with statues, old temples and even a pink mosque. 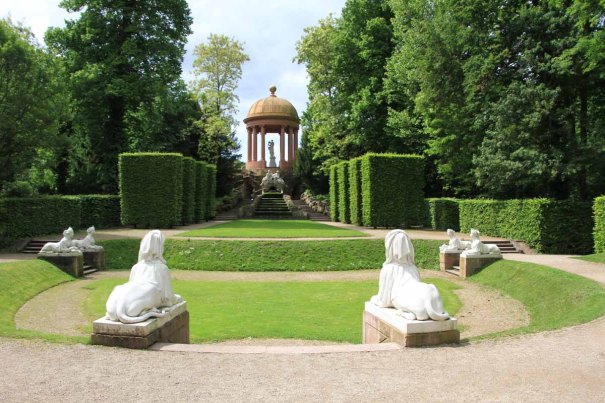 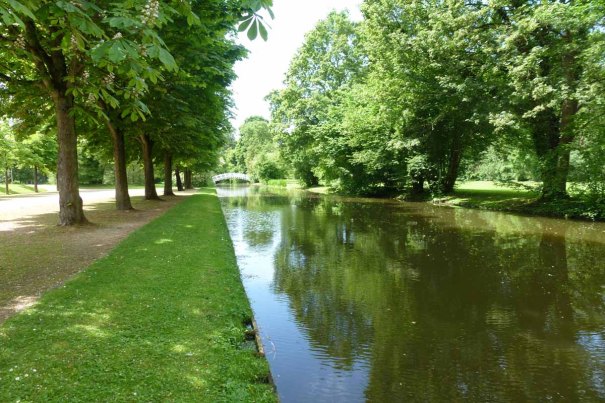 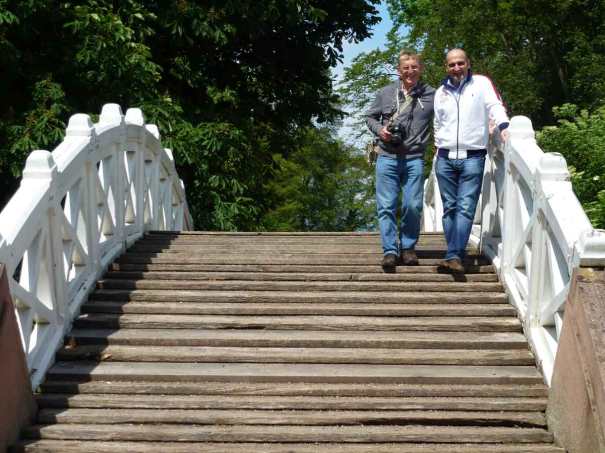 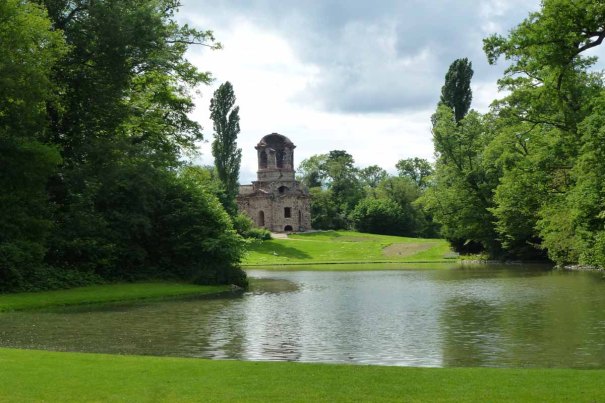 In the evening we met up with Mohsen, a friend of Farshid’s from early student days, and we had a scrumptious meal in one of his restaurants on the Hauptstrasse, the traffic free shopping street that stretches through the central city. 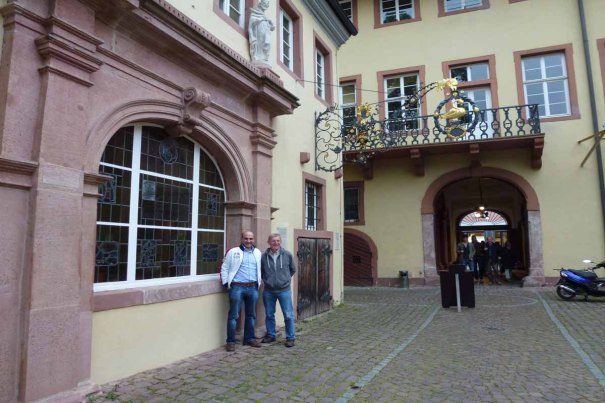